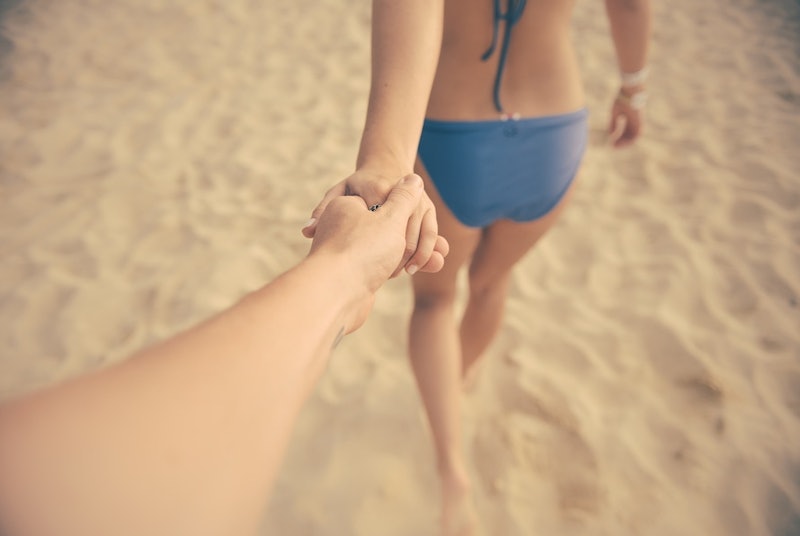 Despite what movies and television might lead us to believe, no relationship is perfect. However, there’s a difference between a relationship that’s built to last, and one that is splitting at the seams. If you fear yours is the latter, there are subtle signs you’re heading towards a breakup that you can keep your eyes open for to best determine the relationship’s fate. As you’ll see, if you take a close look at the signs, you’ll quite easily be able to see whether the relationship you are in right now is that one you could be in forever.

It’s not necessarily novel information that every couple is different. Naturally, some couples will fight more than others, some will have sex more often than others, and so on. However, when we’re curious about whether our relationships are coming to an end of not, it’s important to look at how things have changed in our own relationships over time, and not as much about how one relationship compares to another. The way things have changed make up for a lot of whether we’re heading towards a breakup or not. For instance, are you and your partner now fighting more than ever before? It’s things like this that signify change is happening... for the worse. If you think your relationship is on the rocks, let’s look closely at it and see whether it’s worth spending any more time on, or cutting the cord now and finding someone you’re better suited with. Here are 11 subtle signs you’re heading towards a breakup.

Let’s start by discussing a fairly obvious sign a break up is near — you and your partner are fighting all the time. In every relationship there are bound to be disagreements here and there, but if you’re starting to feel like every conversation includes a fight of some sort, you might be headed towards trouble, according to Women’s Health. The outlet spoke to Rachel Sussman, LCSW, relationship therapist, and author of The Breakup Bible, who said to watch out to notice if fights are popping up over really teeny issues. If the fights are present even over the most insignificant things, it could mean you’re taking steps towards a break up.

2. You’ve Been Amping Up Your Look

Stop and think about this — have you been on a mission to glam up your look? Are you suddenly always at the gym, or revving up your makeup game, or filling your closet with tons of new clothes to sex-up your look? Oppositely, has your partner been doing this? According to relationship advice outlet YourTango.com, if someone in the relationship is making moves to significantly better their look suddenly, it might mean their subconsciously checking out of the relationship, and making sure when they do, they already look flawless for meeting someone new.

However, keep in mind that this alone does not always indicate a problem. Both parties in a relationship are — of course — entitled to begin taking care of their appearance more closely whenever and however they'd like, so this sign should only be taken into consideration when coupled with other bigger signs on this list.

That great sex life you and your SO used to have? Well, that’s out the window these days. According to SELF, when a relationship is nearing its end, chances are the amount of sexy time is dwindling. This is especially obvious is the mere thought of having sex with your SO makes you queasy. If that innate attraction isn’t there anymore, it signifies a problem.

4. You’re Living In The Past

When you and your SO first got together, it seemed everything was nothing short of amazing. Now, things just don’t feel the same way. When you try to think of the good parts about your relationship, the only things you’re able to come up with are things that happened in the past. You’re left living via memories of the good times, versus being able to experience any good times in the current day. According to Woman’s Day, when the memories are better than what’s happening currently in your relationship, it’s a sign you might be heading towards a split.

5. You’re No Longer Interested In Learning About Each Other

Do you now have a lack of interest in what’s happening in your partner’s life? Are you unwilling to learn anymore about what makes this person tick? This is yet another sign you’re navigating rough waters in your relationship, according to MindBodyGreen.com. The outlet noted when you’ve reached a time in your relationship when learning about your partner isn’t in the cards for you, it’s telling you something — perhaps this isn’t the person you should be with.

6. You’re Happier When Your Partner Isn’t Around

In my opinion, one of the greatest parts about being in a relationship is that feeling you get when you see them at the end of a long, hard day and get a feeling of relief and happiness to be around them. If this doesn’t sound familiar to you anymore, stop in your tracks. According to Psychology Today, if you’re happiest when away from your SO, something just ain’t right. Of course, we all like a little alone time now and then, but if you’re thrilled to be away from this person and that feeling comes more often than not, you might consider questioning whether this is the right person for you or not.

7. There’s Now An Element Of Distrust

Maybe this person hasn’t cheated on you, per se. However, for some reason you feel distrustful and can’t seem to shake the feeling. According to eHarmony.com, trust is one of the most important things in a relationship, so if you feel that’s lacking — it could signify it’s time to get out.

In the beginning of your relationship you couldn’t keep your hands off of each other, no matter where you were. Now, just the thought of PDA makes you physically ill. YourTango.com cited this sudden disgust of PDA as a signifier that you and your SO might be on the road to a breakup.

9. If Fact, Everything Bothers You

It’s not just the PDA, though. Women’s Health said to take notice of whether other things now bother you in the relationship, too, like your partner’s little habits you once found endearing (e.g., singing loudly in the car, humming all the time). Sussman told the outlet that if you’re started to notice these little things bothering you more and more, it could mean you’re growing apart.

Be honest with yourself on this one — in the bigger picture, do you and your SO want the same things? This could mean where you’d like to live, if you want a family, etc. According to SELF, if you each have two completely separate paths from which you’re unwilling to compromise, it might be very difficult for things to ultimately work out between you.

11. You Live In Fear They’ll Leave

If you’re always wondering whether your SO is going to break up with you, chances are your instincts might be right. According to Psych Central, if you tend to feel this sense of insecurity in the relationship at all times, it just simply might not be the relationship for you. The outlet said that insecurity could basically stem from a feeling that the other person doesn’t care enough about the relationship. From there, it’s difficult to make it work.

Sometimes the signs of whether you and your SO are heading towards a breakup can be difficult to read. However, by staying in tuned to the signs we discussed here, it could help give you an actual sense of whether your relationship is built to last, or fizzling out fast.