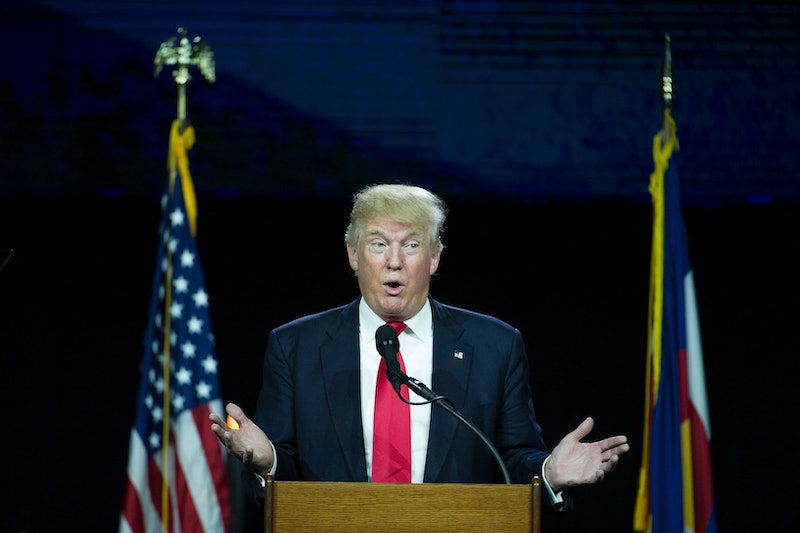 After FBI director James Comey publicly recommended that prosecutors not indict Hillary Clinton over her private email server, Donald Trump reacted explosively on Twitter, calling the system "rigged." In a statement addressing the Department of Justice, Comey asserted that the Bureau's investigation of Clinton's server was thorough and unbiased. However, Trump's tweets suggest the debate is far from finished.

Alongside other Republicans, the presumptive GOP presidential nominee wasted no time in pouncing on Comey's cloudily-described reasoning for making the recommendation. Though he advised the department to not follow through with charges, Comey admitted that Clinton did indeed mishandle classified information, and described the State Department's actions as "extremely careless."

Although there is evidence of potential violations of the statutes regarding the handling of classified information, our judgment is that no reasonable prosecutor would bring such a case.

He went on to say that Clinton's mistakes did not appear to be intentional, ruling out any possibility that she was disloyal to the United States. However, he oddly suggested that this case shouldn't serve as a precedent for other "similar circumstances," meaning someone else could be charged for essentially the same thing. The lack of clarity facilitated intense backlash.

To be clear, this is not to suggest that in similar circumstances, a person who engaged in this activity would face no consequences. To the contrary, those individuals are often subject to security or administrative sanctions. But that is not what we are deciding now.

Republican House Speaker Paul Ryan, who has agreed to work with Trump to defeat the presumptive Democratic nominee in November, shared a similar sentiment, suggesting that Clinton is "above the law."

Just two days prior, Trump sharply criticized Bill Clinton and Attorney General Loretta Lynch's allegedly random run-in on an airport tarmac. Both Clinton and Lynch later admitted that they shouldn't have convened during the controversial days prior to the Department of Justice's decision.

Clinton's email scandal has remained one the of the nation's most intrusive controversies for months now. In the first Democratic debate of the season, Sanders told moderators that America's grown tired of hearing about Clinton's "damn emails." But Republicans aren't prepared to forget just yet. Unsurprisingly, Trump has remained at the front lines of that battle since he announced his bid for the presidency. In March, the businessman-turn-politician announced that, if elected, he would pursue a criminal indictment of Clinton, though the White House has maintained a traditionally hands-off approach in past prosecutorial cases.

The FBI may have spoken, but the controversy isn't going to cool down any time soon. Even if the Department of Justice agrees with Comey's recommendation, the scandal will remain one of the Republicans' main pieces of ammo against the Democratic Party in this election.