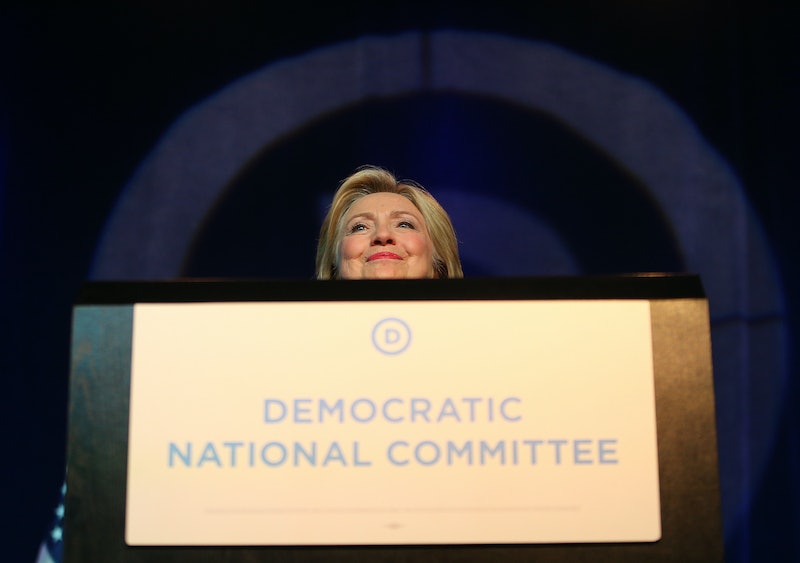 The extraordinary presidential primary battles this year placed an early importance on this summer's party conventions which still has not yet faded. The hype surrounding potential last-minute coups against the presumptive nominees is only growing as the conventions approach, but little attention has been paid to the party platforms which delegates will write and officially adopt at the events. The political party platforms could push each party to extremes, or create openings for new parties in the future. These platforms are even more important this year, because the future of both parties is so uncertain, and changes within the platforms could represent major political changes on the horizon.

For some Republicans, Donald Trump represents an opportunity to push the party further to the right on several key issues, including immigration and the Israeli-Palestinian conflict. Trump has toyed around recently with retracting support for a two-state solution between Israel and Palestine, which would put the American position even further right than the Israeli one. It certainly fits with his heavy-handed foreign policy, and could be a bold move to attract the Jewish demographic. But such changes aren't going to be made without a fight.

The Republican leadership largely doesn't agree with Trump's hard-line immigration position, which is losing him potentially key endorsements and making his ideas seem less likely to end up on the platform. If Trump can't force his immigration policies through the party platform, it'll strike a blow at his chances during the general election, when voters realize the party really doesn't have his back.

Clinton's challenge could be far more difficult. The sizable progressive contingent which Bernie Sanders mobilized within the Democratic Party has not faded away along with the candidate's chance at the nomination. Sanders supporters are still protesting loud and proud to move the party left on minimum wage, banking reform, and climate change. Clinton's really stuck between a rock and a hard place here. If she changes her positions any more to appeal to leftists, she could risk alienating moderates within the party and chipping away at her political integrity.

However, failing to gain Sanders fans could lose Clinton a critical piece of the Democratic base, and even potentially damage her chances in November. Establishing real leadership and uniting a party that seems even more likely to form factions than the Republicans will be Clinton's primary challenge at the DNC, and it could determine the course of her political future.

The real news out of these conventions will be the changes in the party platforms, which could provide insight into the future of each party. The two-party system is under more scrutiny than ever before, and if any group within either party is sufficiently dissatisfied with the results of the convention, the American political landscape could look drastically different by this time in 2020.