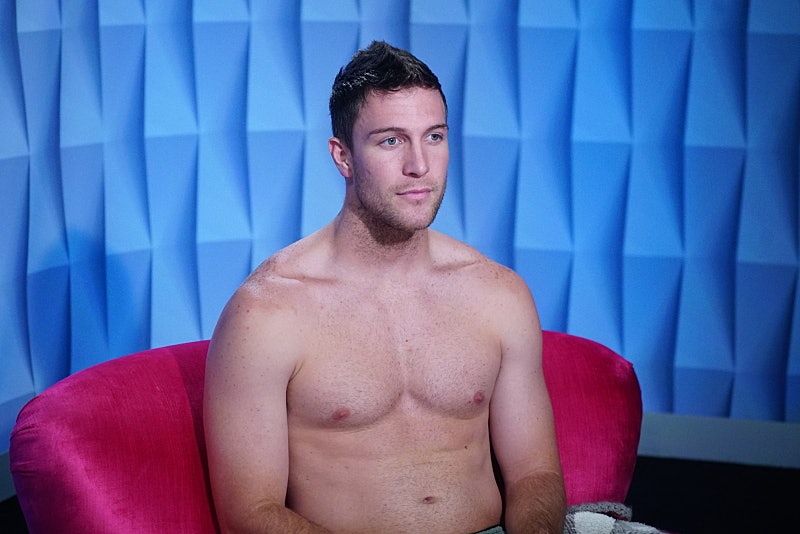 It can be easy to forget that the houseguests of Big Brother 18 are real people, not fictional TV characters. Just as the houseguests can sometimes forget that America is watching them, Big Brother's many fans can use Twitter and other social media to trade comments and speculate on the houseguests in a way that is completely inappropriate. One houseguest, in particular, has been the cause of a lot of speculation this season and it's gotten way out of hand. In this instance, talk about whether Big Brother 18 houseguest Corey Brooks is gay has gone from initially playful to out of control.

The hashtag #notgaycorey popped up on Twitter after Corey explained to the cameras and his fellow houseguests that he is straight multiple times. Corey made some questionable remarks in the house regarding sexual orientation, such as saying a party was "so gay." He also expressed fear that the feeds catching Jozea flirting with him would cause people to think he was gay, which he hoped was not the case. The subject got to him so much, that he even apologized to his mother for people possibly thinking he wasn't straight. Corey's appear fear of being portrayed as anything other than straight has lead to fans coining the hashtag #notgaycorey, and using it to keep track of any moment between Corey and another man that could be construed as being a sign of Corey being gay. Unfortunately, though the hashtag seemingly began as a way of pointing out Corey's own potential intolerant fear, it has become more damaging than funny.

Corey's tales of being in a fraternity and playing sports seem to fit within a stereotype for a hypermasculine man, which can come with a set of beliefs that includes being fearful of being portrayed as homosexual. But what good does mocking Corey's apparent fear do?

Meanwhile, Corey's fear of being thought of as gay hasn't stopped him from cuddling with other men on Big Brother or admiring other men's bodies, and many have seen this as Corey being a homophobic hypocrite. Viewers mock the idea that #notgaycorey could be interested in other men, despite his insistence to the contrary. But whatever Corey's sexual orientation, no one should be mocking it.

The hashtag #notgaycorey does what many have worked to avoid: It uses homosexuality as a punchline and a weapon towards others. While Corey should not make offensive remarks about gay people or say that he's straight in a way that offends those who are not, viewers should not use this as an excuse to analyze every interaction he has with other men in an attempt to label his sexual orientation for him.

So what if Corey is gay? So what if he isn't? The problem with how LGBTQ+ citizens are treated goes far deeper than Corey, and if anything he embodies what can happen when you live in a culture where being gay is still treated like a problem. Making fun of Corey for his own sexual orientation doesn't do anything positive for anyone.

While speculating about the root cause of Corey's behavior might seem harmless to viewers in the moment, it pushes the narrative that being gay is a punishment for him, which is the same narrative that leads to people being casually homophobic. To speculate over someone's sexual orientation in this way is to put an extremely personal subject under the spotlight. At the end of the day, there's only one person who can make a definitive statement about Corey's sexual orientation: Corey. Let's just hope that he can make that statement respectfully.