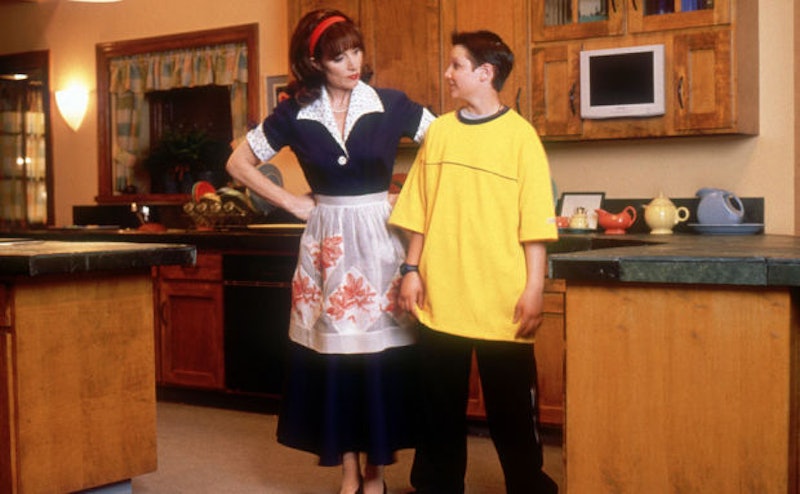 Nothing reminds me of my childhood more than a slew of Disney Channel Original Movies. In fact, as I'm writing this, it's hard to not belt out the ever-so-catchy, "Let's watch a Disney Channel movie!" theme song that used to play before each one aired. Oh, being a kid in the late '90s was certainly glorious. And that's exactly why it's up to us Disney Channel-loving millennials to educate the generations to come on the wonders of these beautiful straight-to-television movies. In fact, if you're planning on having kids, it's your duty to make sure they are well-versed in the phenomenon that is and was Disney Channel original movies. Because there are a number of different Disney Channel Original Movies you should share with your kids.

Now, of course, I could just be extremely biased. Perhaps my thoughts on the following DCOMs being the best of the best are simply generational. However, when thinking back to the DCOMs of my childhood, there are a couple of factors that truly make them must-watch films. For one, DCOMs are filled with really relatable teenagers and important life lessons. I mean, if anything, showing your kids these DCOMs would be like homeschooling at its finest. Also, when it comes to the problem of a possible generational gap, well — there's no need to fear in that department either! Disney Channel movies were surprisingly ahead of their time. With films revolving around advanced technology, magical worlds, and the meaning of friendship, you really can't go wrong. Here are the movies you definitely want in your DCOM library.

I still can't believe this movie was made in 1999. Featuring a robotic house that takes on the role of mom for a young boy, Smart House teaches kids to be responsible for themselves despite the handiness of fast-advancing technology. It also holds a keen notion towards respecting your elders and not throwing parties while your parents are away. Basically, this movie will do the parenting for you.

It simply can't be Halloween without a visit to Halloweentown! For me, watching this DCOM was a tradition when growing up. Halloweentown brings just enough of the holiday spirit to the month of October without scaring your kids so much that they'll end up crawling into your bed at night. It's a total parenting win.

Considering there's a slight chance that we could be raising children in space one day, this film could be the perfect tool for both us and our kids. They get slightly out of hand? Show them this movie and threaten sending them back to Earth as punishment.

Don't know how to explain puberty to your kids? Well, in a weird way, The Thirteenth Year did an amazing job at somehow relating to the bodily changes teenagers go through as they get older. As long as your kids don't think they're turning into mermaids, this movie may actually help.

There's a reason this movie won an Emmy. Yep, you heard that right. This movie not only addressed race and racism head-on, but it did it well. Seriously, way to go Disney Channel!

Don't let anyone tell your kids that they're not allowed to follow their dreams. Whether you have a daughter who wants to play sports or a son who wants to take dance classes, Motocrossed will teach them that the "rules" of society have no say when it comes to what they can dream and do.

Having order and rules in your household is just as important as allowing your children to express themselves freely. And, with the help of Hilary Duff, you can send your kids to a military academy without actually sending them to a military academy. That way, they can find that perfect balance between responsibility and fun for themselves.

Apart from this movie being a total DCOM classic, it also came with notions that, no matter how old you are, it's important to question what's going on around you and hold yourself to a higher standard. Even if you aren't as rich as Lexy.

Your kids think your family is crazy? Well that's because they've never met the Stevens. This DCOM can help you share the classic show in just two hours. And they'll never complain about your family vacations again!

Sibling rivalries? Not a problem! This DCOM puts sibling love into perspective when Alex wishes he never had a younger brother — and the results are heartbreaking. This movie is sure to end any on-going feud.

No one taught you about friendship quite like the Cheetah Girls did. This diverse group of friends proved that people come from all different walks of life, and that having friends by your side can get you through even the toughest of times. Because friends aren't just friends... they're cheetah sisters.

Tiger Cruise was definitely a DCOM geared towards the generation of kids who were growing up during the time of the 9/11 attacks. And while this story is told from one very specific perspective, this film could be a conversation starter with your kids on the topic and how it affected your life. Put simply, it's one eye-opening history lesson.

A movie about cultural heritage and an awesome female lead? Yes, please! Not only was Brenda Song a notable talent from our Disney Channel days, but this movie was all about learning the value of acknowledging what came before and how it got you to where you are today. And that should never be underestimated.

Dealing with bullies is unfortunately something that you may have faced and your kids may have to face at some point. However, with the power of this DCOM, they can hopefully find the strength to let other people's negativity roll off their backs. Plus, it might bring back the trend of writing in a diary! That's definitely a therapeutic notion if I do say so myself.

Following your dreams takes hard work, persistence, and having to deal with a lot of naysayers on the way. And Camp Rock will teach your kids just that. Plus, if you were a fan of the Jonas Brothers, this is your chance to share that love as well. Just saying.

There's a reason why this film was one of Disney Channel's biggest hits. Just as your parents introduced you to Grease, it's your duty to introduce your kids to High School Musical. It'll teach them to stay true to themselves and maybe even get involved in their school drama club. You never know!

So, don't worry! With the help of DCOMs, you've got this parenting thing down. Thank you, Disney Channel.

More like this
Alicia Silverstone Has Recreated An Iconic 'Clueless' Scene
By Frances Stewart
Everything To Know About 'Scream 6'
By Jack Irvin and Jake Viswanath
15 Intriguing Movies On Netflix That Are Based On True Events
By Mary Kate McGrath, Shannon Barbour and Grace Wehniainen
Everything To Know About 'My Big Fat Greek Wedding 3'
By Grace Wehniainen
Get Even More From Bustle — Sign Up For The Newsletter