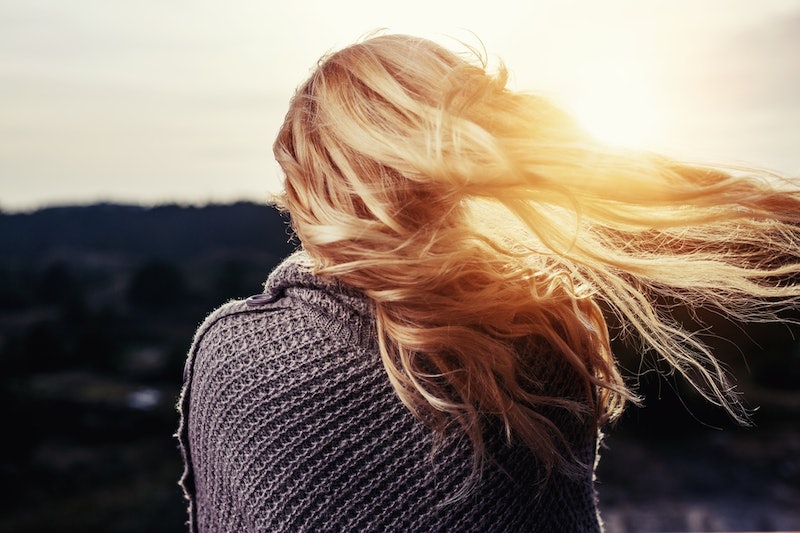 As someone who has struggled with anxiety disorder since middle school, I work hard every day to not let the illness control my life or rob me of amazing experiences. This is the case for many people with anxiety — medication, therapy, and the support of loved ones can help, but the disorder will often be part of our lives for good. As a result, worry and irrational fears are constant companions to us. It's extremely important to not avoid every situation that makes us anxious — doing so can actually make the illness worse, and it means we'll miss out on great opportunities. However, it's important to not push ourselves to the breaking point — and there are certain situations people with anxiety should consider avoiding if possible.

It's self-care to remove yourself from toxic situations that cause you unnecessary anxiety. So, while you shouldn't shy away from an exciting job opportunity, move, or relationship because you're absolutely convinced you'll fail, it's 100 percent OK to recognize that a specific unhealthy situation is activating your anxiety and doing absolutely nothing to enrich your life.

Everyone's anxiety is different; therefore, we all have our own triggers. But if you have anxiety disorder, here are four types of situations that you're better off avoiding. These are based on the advice of experts as well as situations that I and others with anxiety have experienced.

We spend at least 40 hours a week in the workplace, so it's incredibly difficult when the environment is toxic — especially if there's a pattern of bullying or yelling amongst the leaders at your company. According to a 2010 study, 35 percent of Americans report being bullied at the office — and 72 percent of the bullied workers were tormented by their bosses. Those who were targeted reported symptoms including sleep problems, trouble concentrating, and anxiety — even if they didn't have clinical anxiety disorder. So if you are anxiety prone, there is nothing wrong with walking away from a toxic workplace in favor of a healthier, more nurturing environment.

At my last corporate job, I initially struck gold — I worked on a fantastic team and reported to two intelligent, kind individuals who were eager to mentor me and see me succeed. When they both left the company suddenly, I ended up with a new boss who openly spoke about her "leadership" strategy, which involved putting people on the spot, publicly humiliating anyone who didn't give her a satisfactory answer, and trying to make 21-year-old assistants cry in order to "see if they could handle pressure." As a result, many people in my department began to leave for reasons that don't need further explanation.

As someone with anxiety disorder, it was crucial that I find a new job — I became physically ill from the constant anxiety and, although I received strong performance reviews, I had no desire to be promoted simply because I hadn't let a bully boss see me cry. If you're in a workplace situation that's intensifying your anxiety, leaving the job in favor of something else is not an admission of defeat. There's absolutely no reason to suffer because of someone else's flaws and you'll find a job that allows you to thrive.

When you have anxiety disorder, you often have to face your fears on a daily basis. When it comes to triggers like public speaking, driving, or meeting new people, we absolutely need to push ourselves — otherwise we let the disorder win. Living with anxiety is often incredibly exhausting and draining, because activities that are a breeze for others require a great deal of effort for us. So, it's totally fine to make sure that our home is a safe space. Of course, no living situation is perfect — there will always be annoying things about our town or city, or an upstairs neighbor who has a penchant for moving around furniture at 3 AM. But if you live with a roommate whose behaviors consistently trigger your anxiety or you're in a city that overwhelms you on a daily basis, it's OK to walk away and find a healthier arrangement.

To be clear, I'm not talking about a roommate who doesn't do their dishes as promptly as you'd like, or who occasionally has the TV on too loudly while you're trying to sleep. But if your roommate disrespects you or constantly brings home visitors who make you feel unsafe, it's probably not the best living arrangement. And if your current city causes you more anxiety than it's worth, there are so many other options. After five years in New York City, I reached a point where the constant sensory overload and crowds were causing me so much anxiety that I avoided social gatherings I actually wanted to attend, because being out and about activated my anxiety so severely. Now that I've relocated to the more low-key city of Seattle, I no longer miss out on activities because I'm not up to the task of being packed into a crowded subway.

For those of us with anxiety, it's a totally natural instinct to develop certain habits that take the edge off. Many of these habits are healthy — yoga, reading, journaling, and taking a relaxing walk come to mind. But we need to avoid unhealthy coping mechanisms such as self-medicating through alcohol or drugs.

Yes, a few (or more) drinks will take the edge off in the moment and it's extremely tempting — but a recent study found that 13 percent of participants had consumed alcohol in the past year specifically to ease their anxiety. The same study found that individuals with anxiety who used alcohol or drugs to cope were more likely to have their disorder worsen. If you're prone to reaching for a bottle of wine after a hard day, make an effort to not keep alcohol in your house. Yes, you can always run to the package store to buy booze, but it'll force you to stop and think about whether or not drinking is the best way to cope with your anxiety.

And if certain friends or acquaintances tend to drink a lot in certain situations, it's probably best to spend time with them when alcohol and drugs aren't around. This absolutely does not mean they're to blame if you go out on the town with them and end up drinking too much — we're all responsible for our own decisions. But it's unwise to put ourselves in situations that tempt us to engage in behaviors that will worsen our anxiety in the long run.

4. Spending Too Much Time Alone

There's a lot of value in alone time, regardless of whether or not you have anxiety. It's important to be comfortable enough with yourself to enjoy certain activities solo — and co-dependence with a friend, family member, or significant other is never a good thing.

However, individuals with anxiety disorder are often tempted to hide from the world — and this impulse usually comes when we're going through a rough patch. Anxiety controls our thoughts on a chemical level — and, in short, it makes our thoughts worse. When we're left alone with these negative thoughts, it's harder to distract ourselves and our worries and anxieties intensify because they're so hard to control.

So, it's important to know the difference between healthy alone time and unhealthy alone time. When your anxiety is at its worst, you don't need to go to a party with 20 people — but you should definitely make an effort to spend time with trusted friends. Plan a fun activity that will get your mind off the anxiety and then push yourself to follow through on your plans. It can be really hard to leave the safety of your home during a rough patch — but that's the time to push yourself because it will benefit your health. According to the journal Biological Psychology, individuals with social support have a decreased reaction to stress compared to people who spend the majority of their time alone.

For people with anxiety disorder, it's key to find a healthy balance between pushing yourself to face your fears and recognizing when a situation is so toxic that you need to remove yourself from it. It's often a fine line, so if you're struggling to figure out the difference, chat with your primary care doctor or a therapist. Self-care is the best way to combat anxiety, so be gentle with yourself and always prioritize your physical and mental health.