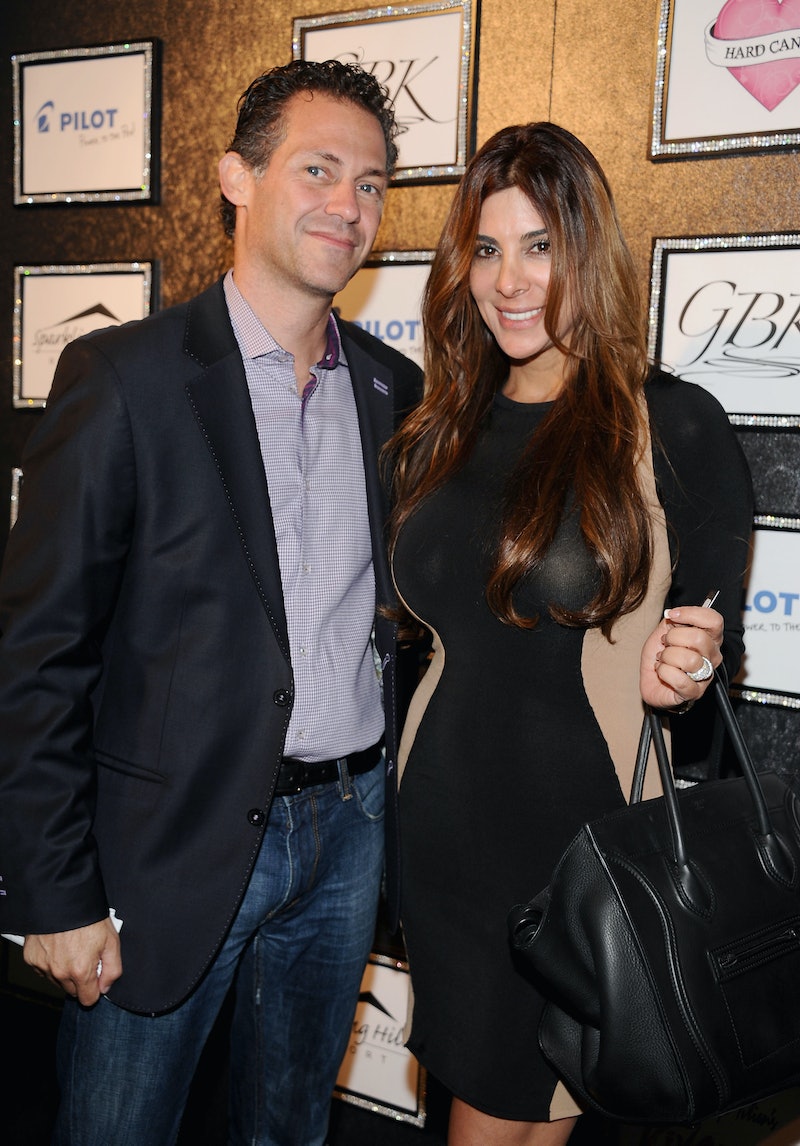 The Real Housewives of New Jersey are a very close-knit group, so new cast member Siggy Flicker will need to keep her friends close in order to keep her head straight when she dives into the show. And one of Siggy's closest friends is actually someone who'd you never think she'd be super close with — her ex husband. Who is Siggy's ex-husband, the man who managed to remain tight with his former wife? Mark Flicker is not the typical ex-husband, since the two have managed to stay close friends since divorcing in 2007 after 10 years of marriage, according to Bravo. Siggy is a "relationship expert" and matchmaker, so she holds up her relationship with Mark as an example of "divorce done right."

In fact, Mark and Siggy's relationship is so close, it was even covered in the New York Post. When Siggy got married again, to car salesman Michael Campanella, Mark was the best man, prompting the Post to call him "A rare best man." The article also says that Siggy is the one who set Mark up with his girlfriend — must be one of the perks of having a close relationship with a matchmaker. And as Mark's new relationship got more serious, Siggy even threw his girlfriend a baby shower.

In the mind of this expert, the best thing a couple can do when they split up is remain good friends. Since she's been focusing on the positive, she doesn't share why she split up with Mark. However, with their divorce came one very big change, which was probably a good thing for Siggy: a move back to New Jersey. According to Bravo's profile, Siggy spent most of her childhood in the Garden State, and now, with her second marriage, she's back there, though she and Mark used to live in Miami. I mean, South Beach is beautiful, but Siggy seems to be a Jersey woman through and through.

But now, she's back in Jersey and prepared to make her mark on RHONJ. No word on whether or not Mark will be joining her on camera this season — though there's a chance he could pop up, since he now lives in New York City with his son and fiancée. I was skeptical about Siggy's self-proclaimed matchmaking and love expertise, but after seeing the way she's been able to stay close friends with her ex-husband Mark Flicker, I'm convinced: this lady knows what she's talking about.