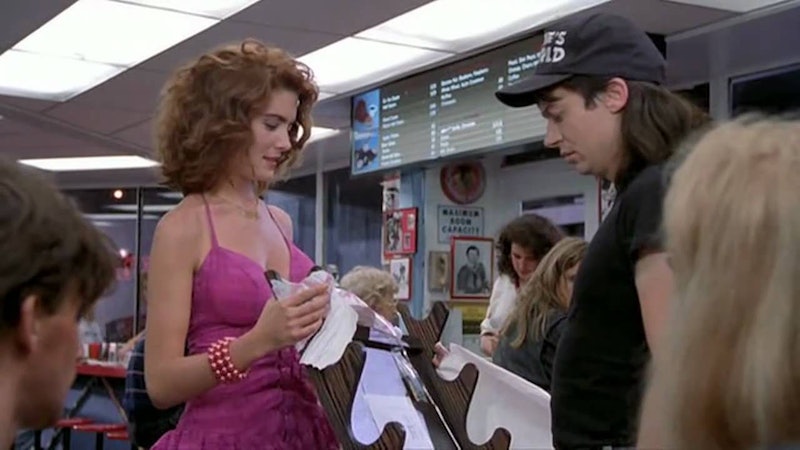 Have you ever had enjoyable casual sex with someone, subsequently realized you had nothing in common with them, then proceeded to pursue them romantically for, like, months, because…uh…love? Have you ever used phrases like “But we have so much history together!” or “We have a life together!” to describe someone whose middle name you do not know? Have you ever tried to turn a casual relationship into a serious relationship when the other person was clearly not interested, emotionally closed-off, actually a mannequin, etc.?

If you answered “yes” to any of these questions…well, I’m sorry to have to be the bearer of bad news, friend, but you are a Relationship Forcer.

These relationships were, of course, completely terrible — almost uniform nightmares of fighting and infidelity and passive-aggression and weird drunk confrontations that ruined New Year's Eve, Halloween, the Fourth of July, and Guy Fakwes Day. But what was my alternative? Hold out for a decent relationship based in reality and mutual respect? Pshaw.

We become Relationship Forcers for all different reasons. I thought I was being "mature" by wanting to have serious relationships with every guy I hooked up with — though in reality, I feared that I was actually unlovable, and that if I waited around for a man who actually liked me, I’d be waiting forever. Some Relationship Forcers come to the practice through a toxic blend of loneliness, horniness, and shame; other Forcers mistakenly believe that having a partner makes them more worthwhile than they are as single people.

It doesn’t really matter which flavor of Relationship Forcer you are; what matters is that when you find someone willing to join you in this bizarre march of faux intimacy, you will make each other’s lives a living hell, all while being absolutely sure that this must be as good as dating gets.

My worst Forced Relationship was with Bill, a guy I briefly dated in college. Back then, he cheated on me, then dumped me in a diner parking lot while quoting the Dave Matthews Band. Years later, we ran into each other at a mutual friend’s party, and proceeded to have the Forced Relationship to end all Forced Relationships — I was lonely and he was depressed, which at the time I thought overrode the fact that we had nothing in common and both thought the other was kind of an asshole.

Bill and I broke up and got back together several times over the course of a year and a half, culminating in a master class of relationship dysfunction where he slept with a stranger in order to try to force me to break up with him, and I convinced myself that I was somehow fairly punishing him by not dumping him and forcing him to date me more. He eventually dumped me again, this time while quoting the Arcade Fire —because, despite his many flaws, Bill did keep on top of popular music.

Bill and I weren’t bad people; but the toxic insecurity at work inside Forced Relationships takes everything that’s good about dating, and reflects it in a funhouse mirror — creating a fucked-up world where commitment is punishment, loneliness is love, and this crappy relationship is the best you can expect from the world.

The low, confused expectations of a Forced Relationship start to seep into other areas of your life, too; after all, if you don’t deserve a partner who genuinely loves you, why would you deserve a job you enjoy, or a family who respects you? Your brain starts to believe that you should just dig in your heels right where you are, because you are worthless, and things can only get worse.

There is a light at the end of this tunnel, however. I eventually broke my own cycle of Forced Relationshipping and, after a few false starts, I was able to start a relationship based on real love and respect — not just tolerating each other because the alternative seemed too bleak. It was, and remains, awesome.

So, if you find yourself stuck in an infinite loop of unrewarding Forced Relationships, here are some tips to get unstuck:

1. Do you take pride in always having a boyfriend or girlfriend? If so, stop that shit right now. Never being alone doesn’t mean you’re exciting or sexually irresistible; it means you’re afraid that if you’re left alone with your own thoughts, you might melt, Wicked Witch of the West-style. Snap out of it! 99 percent of the time, whatever thoughts or feelings you’re running away from are actually still way better than whatever schmuck you're killing time with.

3. If you happen to have sex with someone just because they were cute, and further investigation reveals that you have nothing in common, don’t force an awkward date — just leave it be. This is a good willpower exercise for those looking to stop Relationship Forcing, so practice it as many times as you need to.

4. Examine your relationship criteria. What do you genuinely want out of a relationship? Actually thinking this through won’t just help you find partners that you have more in common with — it’ll help you forge better relationships with those partners, who will be pleased to know that you’re dating them because you think they specifically are fantastic, and not just because you can’t stand to be alone.

5. Keep the faith. When you’re a Relationship Forcer, you’re never single; but when you’re waiting for someone genuinely special, you might be waiting a while. But trust me — it is worth it. Make sure to spend some time around friends who have always had pretty high relationship standards, who may be able to help you see the benefits of waiting.

Much like quitting smoking or learning how to weld, learning to stop forcing relationships is hard and frustrating work, but ultimately totally worth it. Because you’re worth it! See, didn’t it feel nice to hear that? Now imagine someone who just had sex with you telling you that. That, my friend, is a high worth chasing.

More like this
The Top Mistakes Scorpios Make In Relationships (& How To Avoid Them)
By Nina Kahn
The Best Time To Date After A Breakup, According To Experts
By Bustle Editors
Are Leo & Capricorn A Good Match?
By Kristine Fellizar
12 Ways You're Sabotaging Your Love Life
By Teresa Newsome and Lexi Inks
Get Even More From Bustle — Sign Up For The Newsletter