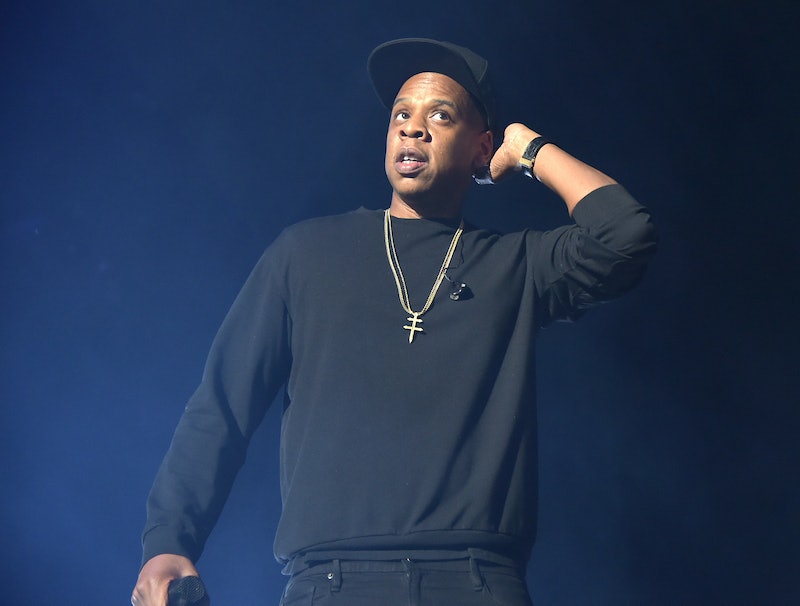 If watching or reading the news in the past couple of days has made you feel helpless, you are far from alone. On Tuesday, Alton Sterling was killed by police in Baton Rouge, Louisiana, on Wednesday, Philando Castile was shot dead by police in Minnesota, and on Thursday night, five police officers were killed at a Black Lives Matter protest in Dallas. At a time like this, it is near impossible to feel hopeful that change will come, which is exactly what Jay Z touches on in a message about the recent shootings he posted to Tidal on Thursday night.

Jay Z's note accompanies his newly released song "Spiritual," which is about police brutality, but his message is more than just a song announcement; it's an honest statement about the news we are all witnessing and it sums up exactly what many of us are feeling right now. It reads in full:

I made this song a while ago, I never got to finish it.

Punch (TDE) told me I should drop it when Mike Brown died, sadly I told him, “this issue will always be relevant.” I’m hurt that I knew his death wouldn’t be the last......

I’m saddened and disappointed in THIS America - we should be further along.

I trust God and know everything that happens is for our greatest good, but man.... it’s tough right now.

Blessings to all the families that have lost loved ones to police brutality.

Many celebrities share messages of hope or action during times like this, which is great. In fact, Jay Z's wife, Beyoncé, shared a letter on her own website on Thursday afternoon that conveniently provided links with contact information for congresspeople so fans could speak up about change, and I thought that was brilliant. (Proof of her gigantic platform: The Contacting The Congress website reportedly crashed after her message went up.)

But, when it comes to what I'm feeling, I relate to Jay Z's message more than any of the others I've read. The "but man.... it's tough right now" is exactly how I feel when I try to be hopeful, but am continuously waking up to phone notifications about people dying from gun violence or at the hands of police. Jay's message almost sounds like he's giving in: "Well, f*ck it. Better just release the song now since nothing's going to change." This isn't to say that he doesn't have some hope that change will come; just to say I appreciate his honesty in sharing what he feels in the moment. There's no need to avoid your emotions at a time like this, because you're "supposed" to think positively — there's room for both.