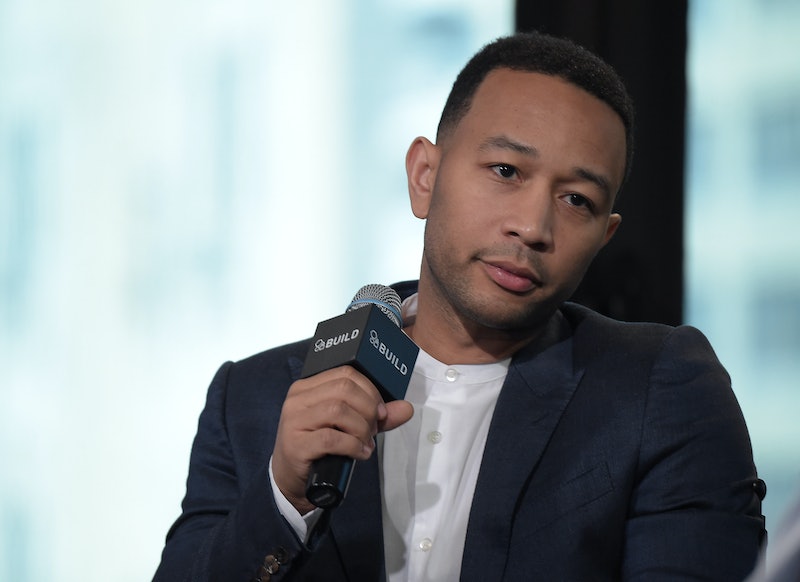 In the wake of a horrific week in which two black men, Alton Sterling and Philando Castile, were killed by police officers, singer John Legend expressed his outrage and grief on Twitter. Specifically, Legend spoke out against those desperately seeking a reason to justify the senseless murders of Sterling, 37, and Castile, 32. "So many people work so hard to find a reason why executing a human being during a routine traffic stop is OK," Legend tweeted on Wednesday, making clear that this trend needs to stop.

The criminalizing and blaming of black victims of police brutality follows, like clockwork, each shooting. Sterling's criminal records were immediately splashed across news networks and social media, which hold no water in the face of his death. Having a criminal record is no justification for being killed in this way. Legend's series of tweets dismantles the notion of "they deserved it," an argument that sickeningly arises, without fail, each time a black person is a victim of police brutality. The victim blaming of Sterling and Castile is absolutely nothing new — just about anything can, will, and has been used in attempts to justify these police officers' actions. Legend, like many others, is outraged at the justification.

Legend was also outraged at the notion of rationalizing police action, even when there is explicit video footage, like in both Sterling and Castile's cases. He wrote,

We have f*cking video proof and some of you still are all "well, uh, he shouldn't have moved his left leg so provocatively,"

In the case of Castile, who was shot and killed in Falcon Heights, Minnesota on Wednesday, the personal accounts of his character that have emerged have shown that he was a sweet, law-abiding man. As his mother Valerie Castile told CNN, “They took a very good person ― and everybody that knows my son knows that he is a laid-back, quiet individual that works hard every day." She went on to say that she had told her son to "comply, comply, comply" when stopped by police. But even for a black man without a criminal record who followed all of the police officer's directions, the routine traffic stop turned fatal. The stereotyping and criminalizing of black men as a whole means the risk of being killed by police is just as high.

When you’re black, it doesn’t matter if your name is biblical or stereotypically black, it doesn’t matter how you speak, your college admissions status, the way you dress, or the good you’ve done in the world. If only one person implies you’re belligerent, scary, large, or dangerous, that reputation will stick. And your murder, regardless of how unnecessary it was, will be justified.