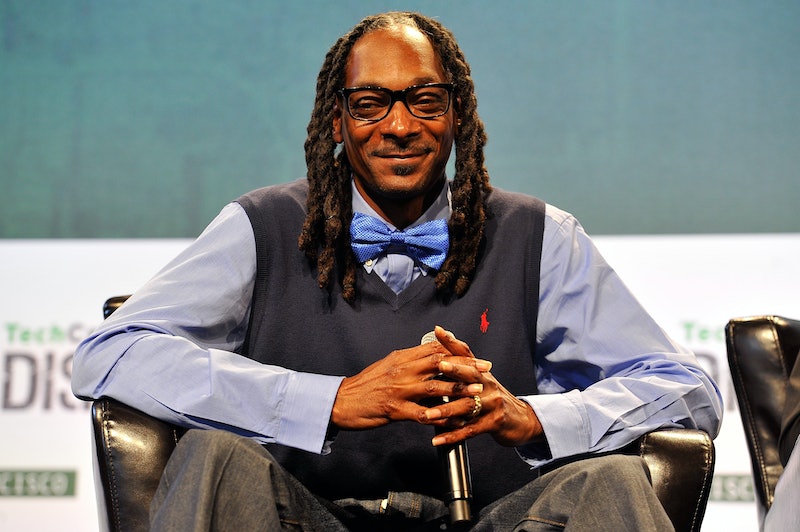 It's been a tragic week for many across the nation. On Tuesday, Alton Sterling was killed by police in Baton Rouge, Louisiana, and then Philando Castile was shot dead by police in Minnesota on Wednesday. Then, on Thursday night in Dallas, Texas, five police officers were killed at a Black Lives Matter protest. The three events have caused a stir, with individuals speaking out in hopes of some kind of change coming sooner rather than later. One of those people is Snoop Dogg, who's words about the recent shootings are simple, but contain a message everyone should take to heart.

On Friday, TMZ caught up with the 44-year-old rapper in Los Angeles. After being asked about his thoughts regarding the death of the police officers in Dallas, Snoop replied,

"That's not the answer, but at the same time, it's like... It's just a lot of built up frustration, man. That's why there needs to be some sort of understanding, so we can bring it to a halt. Because, we all gotta be here. You can't answer hate with hate. You gotta answer hate with love."

As Snoop points out, hate doesn't get anything accomplished, but only makes matters worse. That's the exact reason Snoop and The Game led a peace rally in Los Angeles Friday.

"We're out here showing love today," Snoop told TMZ about the gathering. "This is a love offering. Everybody out here showing love. This is nothing to do with hate. This is great love. We all from different neighborhoods and we just representing the cause. We love each other and we don't want to see it happen no more."

Snoop also took to Instagram and explained the rally further and said, "This is how you make moves, man. This is how you get the understanding, get some dialogue with the new recruits before they hits the streets." The rally's final destination was LAPD headquarters, where a new class of cadets graduated.