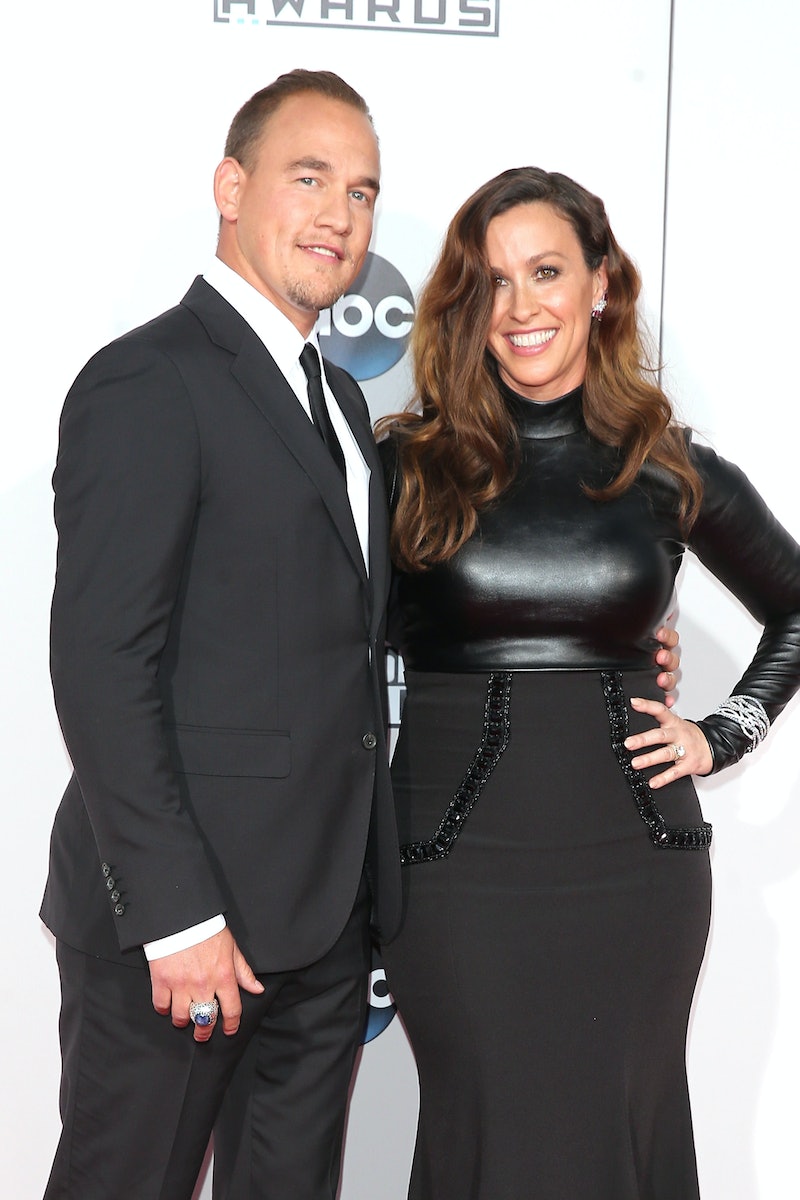 It looks like congratulations are in order for Alanis Morissette and her husband of six years, Mario “Souleye” Treadway. The two welcomed their second child, a daughter, on June 23. The singer announced the arrival in a touching Instagram picture of her newborn nursing soon after her birth, with the caption, “she’s here! onyx solace morissette-treadway June 23 2016.” Onyz Solace is certainly a beautiful and unique name, so with the announcement of he arrival, some fans may be wondering: why did Alanis Morissette named her daughter Onyx Solace? It turns out, this name could have a lot more meaning than initially meets the eye.

For a singer (Morissette) and a rapper (Treadway) who both write their own lyrics, it’s no surprise that the duo would choose a name with considerable meaning for their first daughter. Words obviously mean a considerable amount to both parents as performers and as artists, and the name they chose for their daughter is no different.

So why did she choose that name for her daughter? Though it's not clear if either "Onyx" or "Solace" had personal meaning to the couple, looking at what the words mean and the significance of them, it's actually not a surprise.

Onyx, after all, is a type of gemstone that is not only hard and smooth, but often black in color. It doesn’t break easily and is incredibly solid, which seems significant for the sake of this name. Naming a daughter after a type of rock — one that is so self-contained and unshakeable — seems like a pretty poweful move to me. The name seems to suggest the strength and stalwartness that Morissette — who is an outspoken feminist — would likely hope for her daughter to embody. With that meaning in mind, the name seems like a wish, something that this mother hopes for her daughter as she grows and goes through life. In addition to being a stone that is stunning in appearance, black onyx is common in Canada, the country where Morissette is originally from.

As for Onyx’s middle name, the meaning seems even more obvious to me. Solace, which is a form of comfort or consolation in a time of sadness or distress, is a lovely name for a child. Not only does the word have a beautiful ring to it, its meaning suggests that this child is a source of comfort to its parents and to the world.

That’s a lot of significance to bestow on one baby. But meaningful names are not unheard of for this couple. Their first child, Ever, has a name that is just as meaningful, suggesting the eternity of his parents’ love for him.

Personally, I’m a huge fan of names with real significance, and I’d rank Onyx Solace right up there in my list of favorites.

More like this
Adele Says It Would Be “Wonderful” To Have Kids With Boyfriend Rich Paul
By Jake Viswanath
Who Is Betty Who Dating? The Australian Singer Is Married To Her Tour Photographer
By Radhika Menon
Britney Spears’ Honeymoon Plans Include Watching This Movie With Her Husband
By Grace Wehniainen
Rihanna Is America's Youngest Self-Made Woman Billionaire, According To 'Forbes'
By Hugh McIntyre
Get Even More From Bustle — Sign Up For The Newsletter