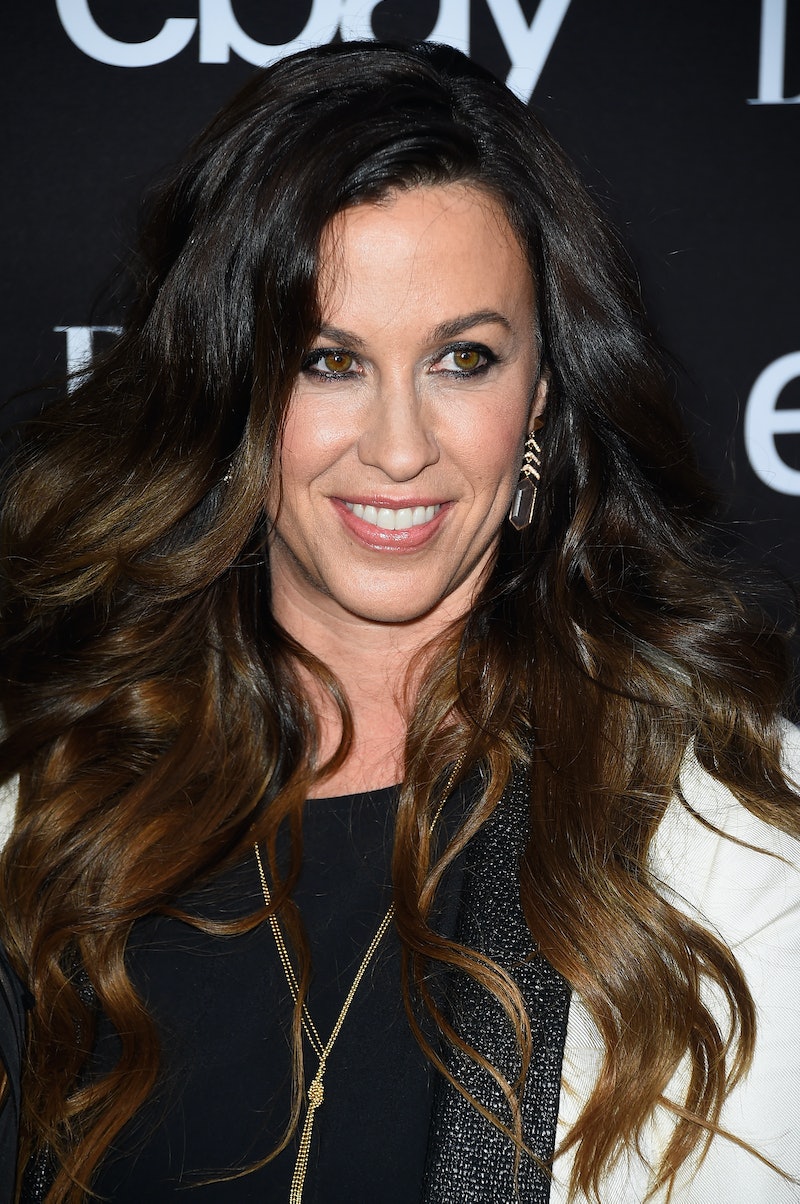 As previously reported on Friday, Alanis Morissette gave birth to her second child, Onyx Solace Morissette-Treadway, on June 23, 2016. Baby Onyx is little sister to Ever Imre Morrisette-Treadway, who is now five and a half years old. Already, images of the Morissette-Treadway family forming an adorably hip band — with the parents harmonizing while the kids plays tambourines and xylophone — are dancing about in my head, but also, I'm left rather curious about how Morissette and husband Mario "Souleye" Treadway arrived at the name "Onyx Solace." Specifically, what does the name Onyx Solace mean?

To figure out how Morissette and Treadway arrived at Onyx Solace, we should definitely revisit Ever Imre and the meaning behind his name. "Ever" feels pretty straight-forward, right? "Ever" as in "forever" or "everlasting"; an adorably permanent sort of first name is ever (pun intended) there was one. Now, it's time to put on the sleuthing caps because "Imre" is a bit trickier. Thanks to my Sherlock-ing capabilities (and the website Behind The Name), I was able to find out that "Imre" is actually a Hungarian form of the name "Emmerich," which roughly translates to "whole or universal power." So, it turns out that Ever Imre is a pretty dope name. Okay, Mama Morissette, I see you over there being all beautiful and clever with your naming skills.

Now, for Onyx Solace. Well, when you think "Onyx" you think the color black, right? It turns out that the gemstone onyx actually has a very specific — and very boss — meaning behind it too. It looks like onyx carries meanings of power and everlasting protection with it. The stone is thought to empower the bearer to keep them focused on the task at hand, endowing them with the ability to accomplish whatever they set their minds towards doing. Add that to the name "Solace," which is incurs visions of being alone and contemplative. So, it might be right to think that Morissette and Treadway meant to give their daughter a kind of dark horse of a name, one that implies strength and sensitivity all at once.

While no official statement has been given in regards to the meanings behind their children's names, Morissette and Treadway appear to lead a rather holistic lifestyle. Through Morissette's Instagram, you can see various photos of Morissette extolling the virtues of holistic medicine, peaceful human interaction and the healing power of food, art and meditation. It's no wonder that Morissette and Treadway would choose such meaningful names for their children and gosh darn it, they're some pretty spectacular names.