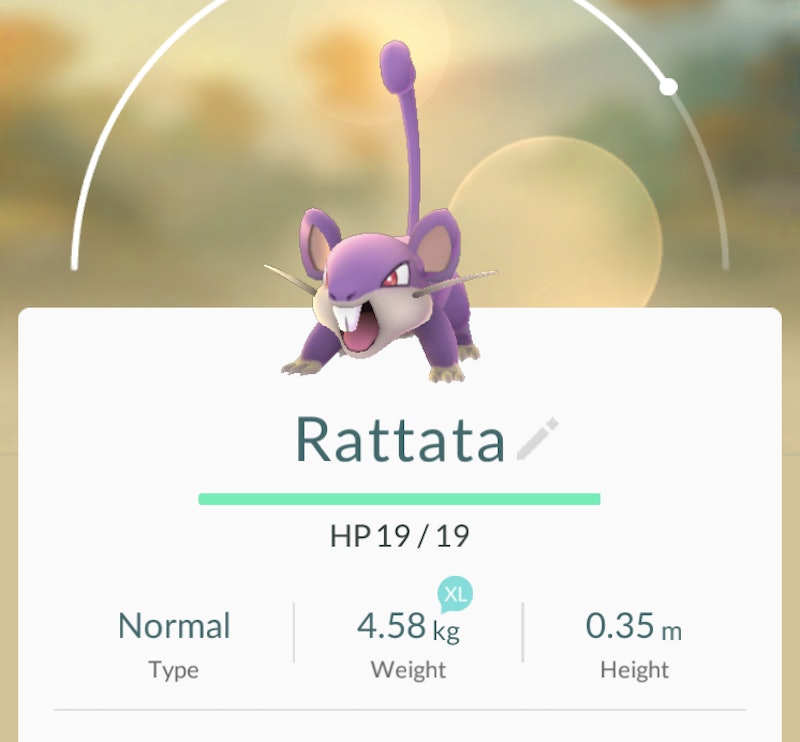 If you are anything like me, you are currently obsessed with "Pokemon Go," the augmented reality mobile game from Niantic, Inc., and the only thing on your mind is figuring out how to catch more Pokemon in "Pokemon Go." The app is already sitting at the No. 1 spot in the iTunes app store. As a '90s kid, I'm a massive Pokemon fan — I played each new game on my purple GameBoy Advance, and my neighbors and I would challenge each other to battles on summer afternoons. It was no surprise that I would hightail it to the app store to download "Pokemon Go" and finally realize my lifelong dream of becoming Misty from the Pokemon TV show (but with a better temper).

During work breaks, I have been roaming the streets of downtown Richmond, where I live, looking for more Pokemon to add to my crew and looking for rival gyms to challenge. (What up, Team Mystic — I know no Team but the Team in the North.) This led me to think about how to catch more Pokemon in Pokemon GO — after all, there must be certain strategies that lead to higher Pokemon yields. With a combination of internet browsing and practical application, I figured out how to set you on your path to being the very best Pokemon Trainer. Here are a few tricks you can put to use during your next jaunt!

1. Make sure you're connected to the server

This seems obvious, I know, but I got half a mile away from my house yesterday before I realized that something was wrong with the app itself, which was why I hadn't seen any Pokemon yet. If you find yourself in this situation, restart the app. If that doesn't work, you may be out of luck. Niantic, Inc. is still trying to deal with the huge drain on its servers that "Pokemon Go" users represent.

And if you're not sure whether the "Pokemon Go" servers are up or down, you can check a fan-made site to find out the answer.

The more locations and people around you, the more Pokemon you'll come across, and the more Pokestops you'll see on your map. For example, I live in downtown Richmond, but my parents live in a suburb of the city. There are Pokestops out the wazoo — meaning more Pokeballs for you to use — around my apartment. However, the streets around my parents' house are a Pokestop desert.

These cherry blossom petals indicate that someone has used a Lure Module, which is like catnip for Pokemon. If you look on your map and see a swirl of them nearby, head there as fast as you can! They only last for 30 minutes. Sometimes, you'll receive a Lure Module as a level-up reward, so you can cast your own net rather than relying on other Pokemon Trainers. You may even make real-world friends this way — while I was out and about last night, I ran into entire crowds huddled around bar patios, catching Pokemon left and right.

You can also use Incense, which is more or less the same thing as a Lure Module, but is specific only to you. This is what it looks like when you use an Incense item:

OK, so nobody has quite figured out how these work yet. I think Niantic, Inc. needs to do a bit of tightening up on this function, but for now, they're still a useful indicator of which Pokemon are nearby, although they may not be the most accurate.

If you look on the bottom right-hand corner of your screen, you'll see a list of the Pokemon nearest to you. You'll notice that each one has a number of footprints (between one and three) beneath it. This is a rough indicator of how close each Pokemon is to you. Tap a specific Pokemon and watch the footprint counter go up or down as you walk. Though it's not a precise process by any means, it does help locate rare Pokemon that you just can't let slip away!

Yeah, I know. This is obviously a goal. But when you level up, the variety of Pokemon you'll find around you will increase. When I started out, I could only ever find Weedles, Rattatas, and Pidgeys. But now that I've moved up to a mildly respectable level 7, I've seen Meowths, Krabbys, Eevees, and even a Scyther. If you're frustrated at the uniformity of the Pokemon around your house, keep catching them for the XP. You'll start noticing a difference in just a few levels!

I took a stroll around my neighborhood last night and found a roving band of Pokemon Trainers, so after ascertaining that they were friendly even though they'd joined the Red gym, I joined them. As we wandered, we noticed that we could see different Pokemon on the lower right corner indicator. Despite those differences, we all encountered the same Pokemon at the same time. This meant that we could compile the info our phones were giving us and capture more Pokemon as a group.

I still don't know why this is — my guess is that it has something to do with different operating systems — but it does work!