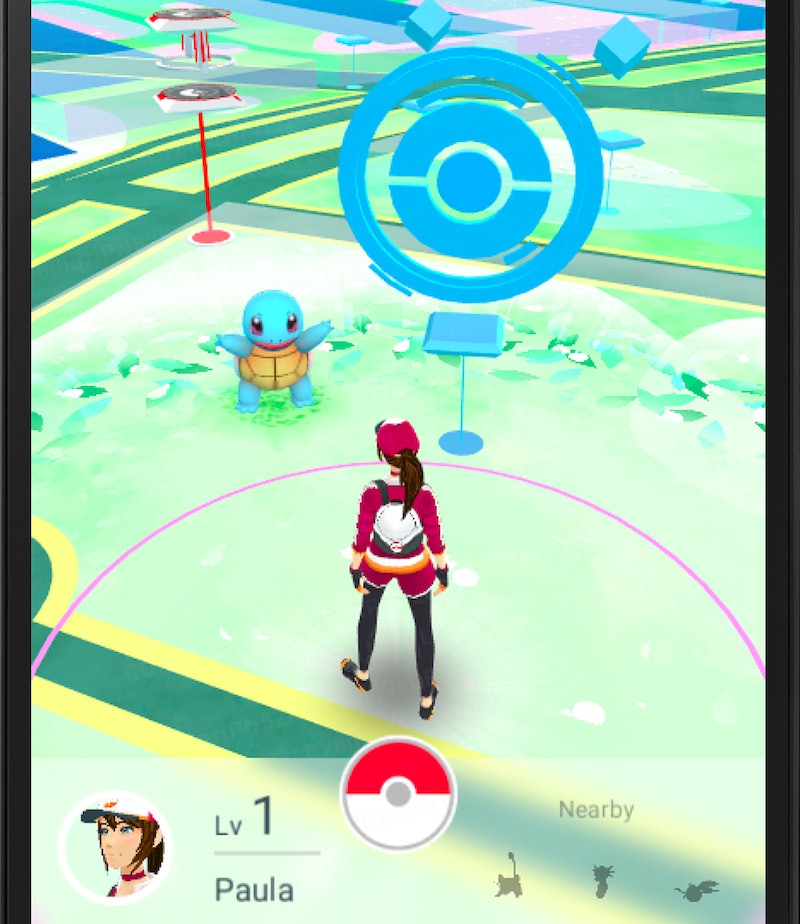 If you've gone outside in the past three days (and I hope you have), you may have noticed that hordes of people have been roaming the streets in unprecedented numbers. No, they're not zombies. They're just "Pokemon Go" players, enjoying Niantic, Inc.'s new augmented reality game. I, for one, have been a diehard Pokémon fan since the age of six, and have loved the ways the app has brought me back to my glory days — but there's one feature I've been missing. Can you trade in "Pokemon Go"? As of the app's release, you can't trade, but trading Pokemon may be an update coming soon to "Pokemon Go's" set of features.

As anyone who played Pokemon Red, Blue, or Yellow knows, trading Pokemon between Pokemon Trainers is an essential part of gameplay, and some Pokemon only appear in certain versions. I had Red as a kid, which meant that I had to wait to see my cousins (who had Blue) on the holidays so that I could trade my Growlithe for their Vulpix. Hard times, man. Hard times.

Niantic, Inc. CEO John Hanke clearly recognizes the importance of trading as a feature. In a recent interview with Tech Insider, he said, "[Trading] is kind of a core element." I haven't read anything to suggest that different "versions" of "Pokemon Go" exist, meaning that any player should theoretically be able to catch or evolve every Pokemon in the game. However, it's always nifty to be able to trade one of your high-level Pokemon with a friend as a gift, or help out a new "Pokemon Go" pal you might have made while out on a Pokemon-catching jaunt.

Hanke said that there will also be improvements to the game's augmented reality system, which may even include integration with one of the many virtual reality devices that are poised to enter the market. If you think that seeing Pokemon through your phone is a worthwhile experience, just wait — your phone might be redundant sooner rather than later!

More like this
How To Change Your Instagram Bio
By Emma Carey
5 Differences Between YouTube Shorts & TikTok
By Emma Carey
15 Years Of The iPhone, In Pictures
By Emma Carey
How to Delete (or Pause) Your Hinge Account
By Emma Carey
Get Even More From Bustle — Sign Up For The Newsletter