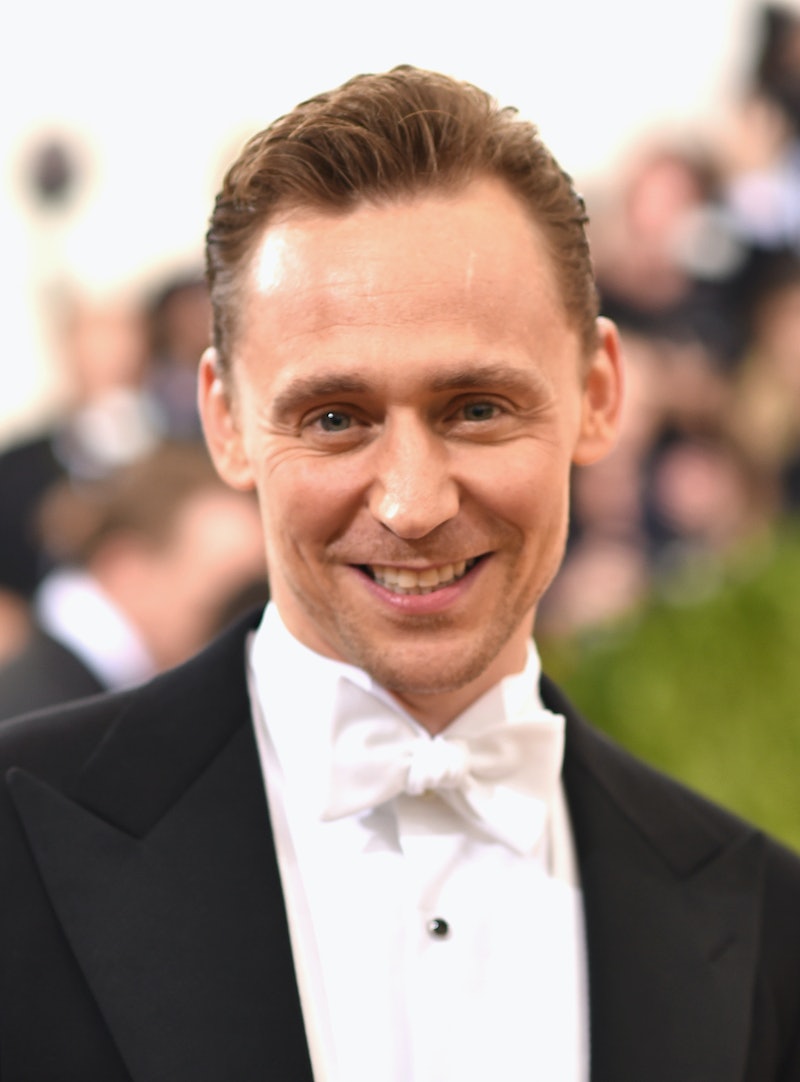 While there have been lots of pictures and rumors about Hiddleswift ever since the duo got together, neither of the celebs involved have talked publicly about their relationship — until now. Tom Hiddleston has spoken out about Taylor Swift for the very first time, when, on Saturday, he was spotted going for a jog outside of his Australian hotel. Hiddleston was tight-lipped when asked how Swift was enjoying the coast, delivering a very awkward chuckle and telling 9NEWS, "I'm not going to answer that if that's alright."

The interviewer also asked Hiddleston what he and his girlfriend were looking forward to doing on their vacation. The actor notably did not correct the reporter's use of "girlfriend," but did abruptly answer, "I don't know. It's just good to be back." He was later mobbed by fans, with whom he seemed more generous with than with reporters. But hey, do you blame him? He's in a crazily high-profile relationship, and it makes perfect sense that he wouldn't want to share the details with paparazzi.

Both Swift and Hiddleston have been staying in the hotel since Friday, but Swift did not make a public appearance until Sunday. She and Hiddleston went out to dinner that night, dressed casually and holding hands. Hiddleston is in Australia to film Thor: Ragnarok, in which he continues his turn as the villainous Loki.

While it's totally understandable, as said, that Hiddleston was so hesitant to discuss his relationship with Swift, Hiddleswift fans wish that the duo would open up about their romance. But it's possible that while Hiddleston is a famous movie star, he's not used to the kind of attention that comes with being associated with one of the most recognizable pop stars in the world, and isn't planning on opening up anytime soon. While Swift has had several high-profile relationships, Hiddleston's relationships have been less public, and he's notoriously quiet about love. The duo's romance has also been met with a fair amount of mockery and skepticism, so it's understandable if neither star is not super trusting of the media these days. Oh, well.