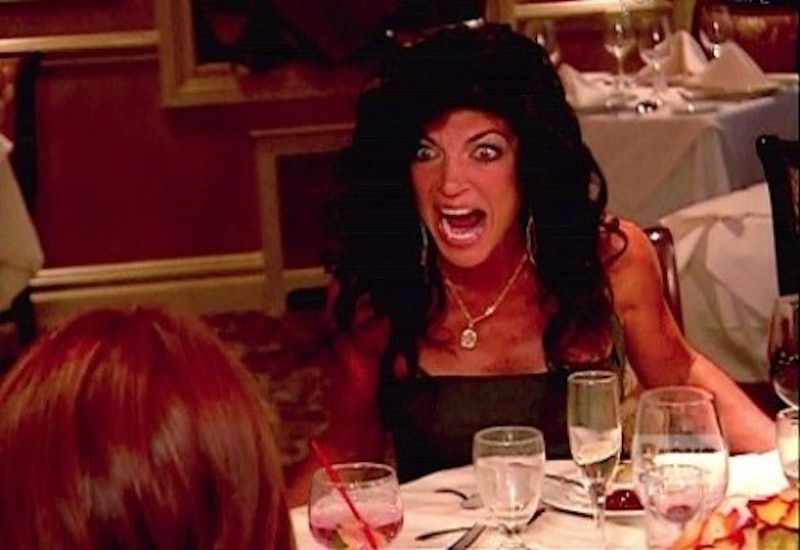 Oh, you thought the worst-case scenario of a furious outburst was that awkward apology a couple hours later? Well, we've got some bad news: According to a slew of studies, it looks like your anger could trigger a heart attack or stroke — even up to two hours after you've calmed down. Which might, well, just give you another reason to be angry.

Researchers from Harvard University concluded that getting angry makes you five times more likely to have a heart attack in the next two hours, and three times more likely to have a stroke. The spike is the most dramatic among those with pre-existing heart conditions who get riled up on a regular — think several times a day — but even those who are healthy and more mellow are at risk.

The researchers examined at nine studies looking at the link between anger and cardiovascular risk, all conducted between January 1966 and June 2013. The researchers calculated the annual rate of heart attacks per 10,000 people and determined a person's risk of having a heart attack or other cardiovascular event, based on their heart health and the number of times they lost their temper in a day.

The results are terrifying.

That was the good news.

If you're low-risk but have an incredibly short fuse that sees you losing your shit five times a day, then the additional risk of heart attacks among 10,000 people is 158. For high-risk people, that number shoots up to 657. That's 657 extra heart attacks caused by anger.

The study, published in the European Heart Journal, is the first large, systemic evaluation of the link between anger and heart attacks or other cardiovascular events.

"Although the risk of experiencing an acute cardiovascular event with any single outburst of anger is relatively low, the risk can accumulate for people with frequent episodes of anger," lead author Dr. Elizabeth Mostofsky told the BBC. "This is particularly important for people who have higher risk due to other underlying risk factors or those who have already had a heart attack, stroke or diabetes."

The study doesn't examine the underlying causes and mechanisms behind the connection between anger and heart events. However, the authors point out that it's already been demonstrated that psychological stress can increase heart rate, blood pressure, and vascular resistance. These in turn can lead to blood clots, and could trigger inflammatory responses.

In an editorial accompanying the study in European Heart Journal, experts who were not involved in the study say the remaining question is how to limit these angry outbursts to protect cardiovascular health.

Given the lessons we have learned from trying to treat depression after MI [myocardial infarction], treating anger in isolation is unlikely to be impactful. Instead, a broader and more comprehensive approach to treating acute and chronic mental stress, and its associated psychological stressors, is likely to be needed to heal a hostile heart.

So there you go. Science has proved it: The person you harm the most by flipping out is you. Whether it's Juan Pablo of The Bachelor or your nightmare ex-boyfriend, take a deep breath and count to 10.