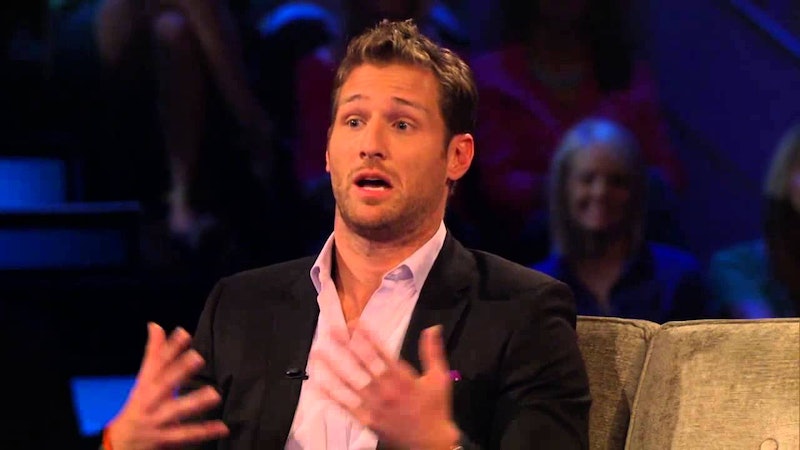 In a different universe — or maybe just a different network — these "Women/Men Tall All" episodes of The Bachelor and The Bachelorette, respectively, might actually be sort of fascinating behind-the-scenes looks at one of the most packaged, curated franchises on television. Instead of hearing jilted contestants say things many of them have already been saying all season long, we might learn something... I don't know, new. Honest. Maybe about the way this show has impacted them at home following their dismissal? A keener sense of what was edited (or flat-out cut) in the process of making each of them a "type"? You know, REAL TALK. Not just the 10 millionth utterance of the phrase "Andi's fantasy suite... turned into a nightmare" or some of the earliest no-Rosers demanding more of the screen time they missed out on.

(This show is basically the mascot of our national shame, right? We can all agree on that? Please?)

So, no, Monday's "Women Tell All" did not bust the door open on anything revelatory. It wasn't going to. And you can't get mad at a show for being exactly what it's always been! To criticize Chris Harrison for softballing questions to anyone he interviewed would be like yelling at the sun for being too bright.

But I'd be remiss to let slip the chance to ask those... well, not hard-hitting questions. (IT'S THE BACHELOR.) Still queries, maybe, dangling issues about which I would have liked to learn just a little more. Such as:

If you'd asked me one year ago, before I'd ever seen an episode of either The Bachelor or The Bachelorette, whether I'd one day assemble a list of questions like these that demonstrate a thorough, worrying knowledge of the show? I'd probably laugh, and then cry. I don't know. A year can really change you.

More like this
It’s Official: The Bachelorette Is No Longer A Fairy Tale
By Samantha Allen
Gabby & Rachel Reveal How That 'Bachelorette' Rose Ceremony Twist Happened
By Grace Wehniainen
Former 'Bachelor' Producer Elan Gale Knows The Secret To Your Favorite Shows
By Samantha Rollins
Who Went Home On 'The Bachelorette' Week 4? One Villain Had To Disembark
By Grace Wehniainen
Get Even More From Bustle — Sign Up For The Newsletter