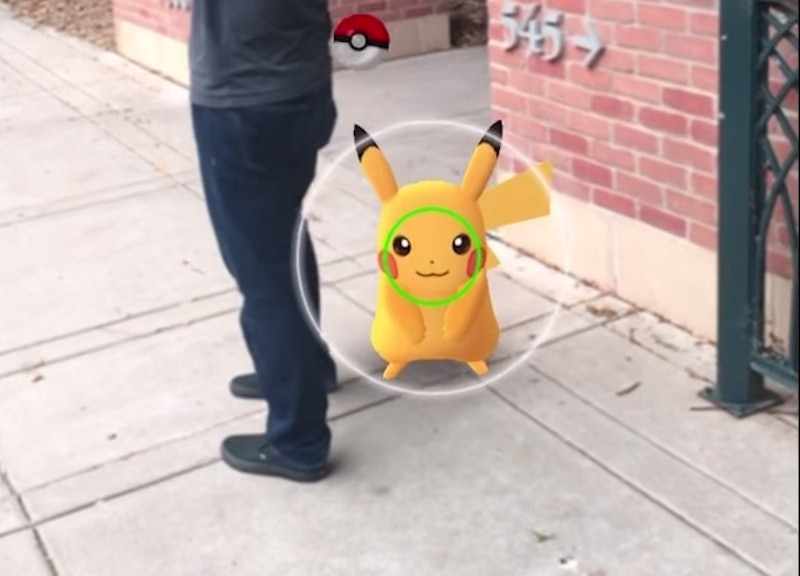 You may have woken up today to discover that, suddenly, we are all living in a Pokemon world. If you spent the weekend catching Pokemon and battling other trainers, you’re already familiar with the game, but did you know you can get Pikachu as your starter in "Pokemon Go?" You can! It takes a little time and some extra walking, but it’s really pretty simple. Here’s how you do it:

When you start playing "Pokemon" Go, three Pokemon — Charmander, Bulbasaur, and Squirtle —will appear on your map, regardless of where you are. (These three options happen to coincide with the Pokemon starters in the original Gameboy version). If you want to start with one of these, you simply “catch” the one you want and move on with the game.

However, if you have your heart set on having Pikachu as a starter, there’s a way to do that. Polygon has created a handy guide, but here are the basics: When the three starter Pokemon appear, ignore them and keep walking. Eventually they’ll disappear and then respawn, appearing on your screen again. Keep ignoring them. You’ll have to ignore the starters until they disappear and reappear four times. After the fourth time, they’ll reappear with a new, fourth starter: Your beloved Pikachu.

Game Informer demonstrates how to get the elusive Pikachu as a starter in the video above. Once Pikachu finally appears, you just go through the usual routine of battling and catching it, and it’s yours.

Getting Pikachu as your starter seems fairly easy, though you’ll have to have patience. Allegra Frank at Polygon estimated that it took them 40 minutes of walking and ignoring Charmander, Bulbasaur, and Squirtle to get Pikachu to finally show up. But if you love Pikachu, a little extra walking might be a small price to pay for your favorite Pokemon. Besides, walking is good for you!

More like this
5 Differences Between YouTube Shorts & TikTok
By Emma Carey
15 Years Of The iPhone, In Pictures
By Emma Carey
How to Delete (or Pause) Your Hinge Account
By Emma Carey
How To Protect Your Digital Privacy If You Need An Abortion Post-Roe
By Kaitlyn Wylde
Get Even More From Bustle — Sign Up For The Newsletter