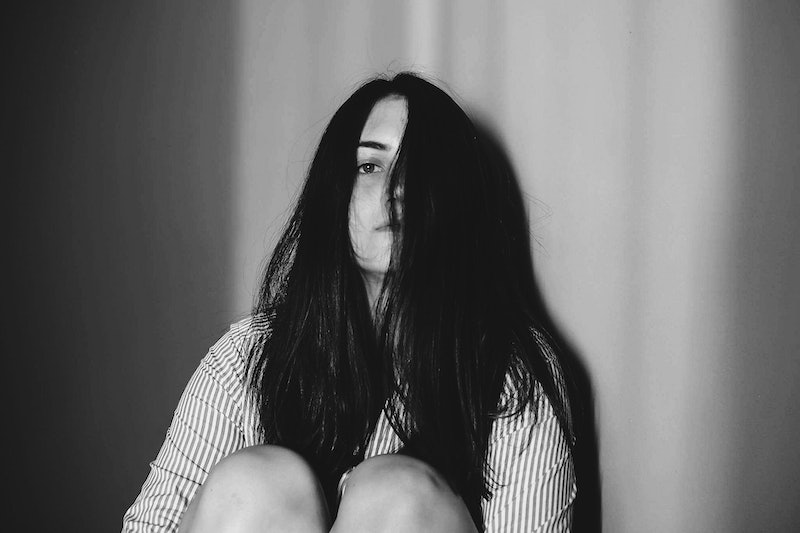 Whenever there's a sexual assault in the news, someone, somewhere is inevitably going to start talking about how the victim may have left themselves vulnerable, suggesting that they're to blame for their own assault (even though they never, ever are). Sometimes this victim-blaming mentality is expressed overtly; other times, though, it's communicated in a subtler way: Through cautionary advice. But there are, of course, a huge number of problems with telling people not to get raped, many of which just became evident in a recent article by Laura Herrick in the Kansas City Star. The article has since been deleted, but while it was live, it revealed exactly how ingrained rape culture and victim blaming are in our society — even when we're trying to end both.

It's commonly said that while being drunk isn't an invitation for rape or assault, we might prevent those rapes or assault from happening if we simply refrain from getting drunk in the first place. However, while this might seem like useful advice — the sad reality is that we do live in a world where many peoplebelieve that anything from the amount of alcohol someone has had to what they were wearing are examples of them "asking for it" — what it really does is shift the blame away from the only person who is responsible for raping or assaulting someone else: The perpetrator. This is the trap that Herrick's article fell into — a trap which ultimately perpetuates rape culture, rather than help end it.

Here are just a few of the problems with the belief that people should take precautionary measures to avoid getting sexually assaulted — because it's never up to the victim to prevent their own assault. It's up to the would-be rapist not to assault anyone in the first place.

1. It Contributes To The View Of Rape As A Perpetrator-Less Crime

Rape is often spoken about like a natural disaster, as if a rapist didn't commit it. We often hear that somebody "was raped," rather than that somebody raped them, which literally removes the perpetrator from the equation. When we talk about what people can do to avoid being raped, we continue ignoring the perpetrator, thereby absolving them of responsibility.

Relatedly, when we ignore the perpetrator and treat rape like something without a human decision behind it, we make it seem like it was a foregone conclusion — that it was not preventable from the perpetrator's point of view. But sexual assault is not the result of biological urges; it is a decision made by the perpetrator to harm another person. When we act like people must stop themselves from getting raped, we spread the myth that people can't stop themselves from raping.

3. It Spreads Misconceptions About The Situations Under Which Rape Occurs

Anyone can get raped — even if they were wearing modest clothing (most rapists don't remember what their victims were wearing), even if they were completely sober, and even (most commonly, actually) when they're with someone they know and trust. Pretending that you can eliminate your chances of getting raped by being careful masks the reality: That rape can occur in any circumstance, because rapists exists in all sorts of circumstances — which is why prevention efforts must address potential rapists, not victims.

4. It Implies That Rape Victims Should Have Behaved Differently

Advice on how to "protect yourself" usually proclaims itself to be different from victim blaming, but the former does contribute to the latter. When we say "this is how you should behave to not get raped," the implication is, "if you did not behave this way, you increased your chances of getting raped." Many rape victims already deal with enormous guilt over supposedly not doing enough to prevent their rapes; they don't need more.

Women aren't the only people at risk for sexual assault — anyone can be victimized by someone else — but since advice about not getting raped is directed disproportionately at women, this advice serves to limit women's freedom especially. If it's taken to its extreme conclusion, we would have to believe that women should just never leave their homes — that is, because they'll be at risk for assault if they do — which is obviously absurd. Warnings about what might lead someone to get raped contribute to a world where women don't feel free to safely go about their lives while men do.

6. It Does Nothing About Rapists

Even if abstaining from alcohol and never being alone with a stranger prevented rape, rapists would simply go after people who took fewer precautions. As long as there are rapists, there will be rape. The only way to stop rape is to educate people on what consent means and teach people to respect one another. That would contribute to a much healthier culture than one where people feel like they can't go out without risking sexual assault.