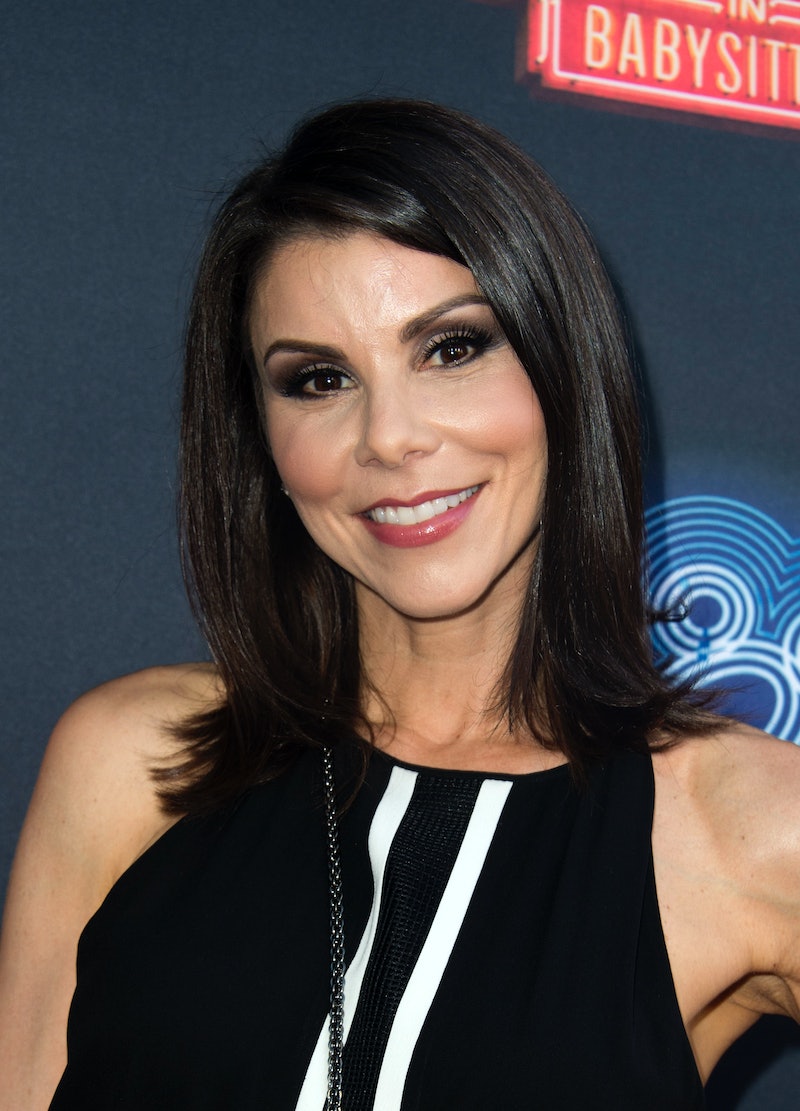 Just like marriage, divorce is a huge part of the Real Housewives franchise. Viewers have seen many Housewives call it quits on their marriage many times before and, according to one Real Housewives of Orange County star, fans may soon see another. While chatting with Entertainment Tonight, Heather Dubrow spoke about Kelly Dodd's marriage and made some pretty big statements about its fate. "I think there's a lot of red flags with Kelly and her marriage," she said. "Unfortunately it sounds like the makings of a typical Housewives marriage."

Regarding that last statement, Dubrow explained, "A lot of people feel like some women come on the show because they know their marriage is in trouble. They're looking for a way out, or looking for something for themselves." Dubrow's statements come after RHOC's second episode of Season 11, where Dodd opened up about her marriage to husband Michael. "Before I got married, Michael was perfect," she told her fellow co-stars in the episode. "And then when we got married, he became like Hitler. He was a control freak. I felt like he was controlling every aspect of my life, and then we filed for divorce but we weren't legally divorced."

She even revealed they were separated for two years, she got engaged to another man, and then they got back together. In her words, "He wouldn't let me get divorced." Tamra Judge, Shannon Beador, and Meghan King Edmonds were shocked by her claims, especially when she said it was just "easier" to stay with him and "suck it up" to keep her family together, rather than going through with the divorce. To add to that, Beador asked Dodd if she loved Michael to which she replied (after a long pause), "He's a really nice person, you know what I mean?"

In a June blog written for Bravo after the episode aired, Dodd reflected on her comments about her husband and revealed they do work hard on their marriage. "This week's episode was a challenge for our family to watch," she also wrote. "While I enjoyed getting to know Vicki over lunch and building my relationship with Tamra and Shannon at Meghan's demolition, I'm sad that my deep respect and love for Michael didn't come through." She continued,

In retrospect, I probably tried too hard to relate to Tamra's struggles in the wake of her divorce to Simon and as a result I painted Michael in the wrong light. Michael is a brilliant man, a wonderful father and a loving, compassionate husband.

As for Dodd's remarks on the show about her marriage, Dubrow told ET, "I was sad to hear Kelly talk about her husband the way she did. As far as I'm concerned, most things are forgivable. But to compare your husband to Hitler? I'm not sure how you recover from that one." She also added, "Maybe this is her past history. Maybe that's not what her intention is for the future."

At this time, Dodd has not commented on her fellow Housewife's statements to ET, but I have a feeling the remarks are going to come back to haunt Dubrow. Based on Dodd's introduction and the way she's supported Vicki Gunvalson, she doesn't hold back her thoughts or opinions. Also, she and Dubrow have quite the moment in the RHOC Season 11 trailer, where Dodd uses the word "c*nt." So, she just might react in as bold of a way as Dubrow commenting on her marriage.

Whatever happens, this just goes to show you Housewives drama always finds its way off camera.