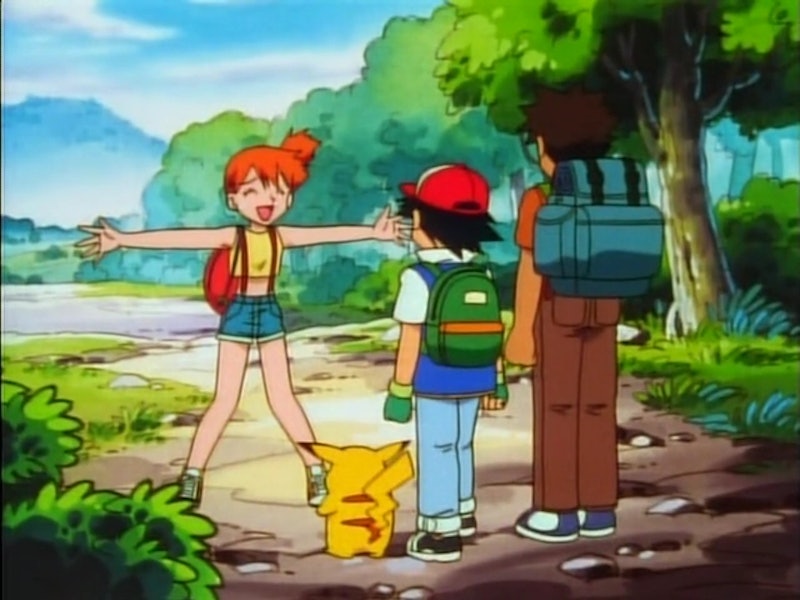 Pokemon is making an immense comeback. No, the iconic 1998 animation series has really gone anywhere in the past 18 years, but it has found a new way to yield out more than two decades of sentimental and inane emotions of the past with "Pokemon Go" — the newest mobile app obsession taking America by storm. The app, which, uses your phone's GPS technology to detect where you are, allows Pokemon to "appear" all around you through your mobile screen and you can, literally, go catch them all. As you move around with your phone in hand, the game offers various types of Pokemon to materialize all based on time and location. This combination of game and the real world projects an opportunity for you to travel around the world with augmented reality. And there is no denying, it's nostalgic impact on the world, just five days in. Case in point? The Pokemon original theme song has now streamed on Spotify more than any other this weekend. That's right, sing it with me, "I want to be the very best, that no one ever wasssss."

According to Entertainment Weekly, plays for the Pokemon series hit theme song are up 362 percent since the release of the escape reality gaming app. Not to mention, the top five most-streamed tracks on the music sharing platform right now are all related to, you guessed it, Pokemon. These songs include “Pokemon Theme,” “Pokerap,” “Pokemon Johto,” “Go Pokemon Go,” and “I Want To Be A Hero”. Clearly, this is a dream coming to full fruition for fans who have wanted to fulfil the insatiable fantasy of Pokémon being real. I mean, what else could explain everyone downloading the app AND the theme song. Duh, it's pure sweet spot nostalgia and childhood imagination coming to life — literally.

Though Pokemon still may not be all that real yet, numbers are, and Spotify has even offered the information that there are around 200,000 playlists named “Pokemon,” with an additional “53,000” simply titled “Pikachu”. "Pokemon Go" is possibly the biggest augmented reality game to date, but what is even more impressive is its ability to allow fans to navigate back into the past and bring up all the amazing childhood memories the original series carried — and really, anything that monetizes on nostalgia is perfect in all of our books, right?