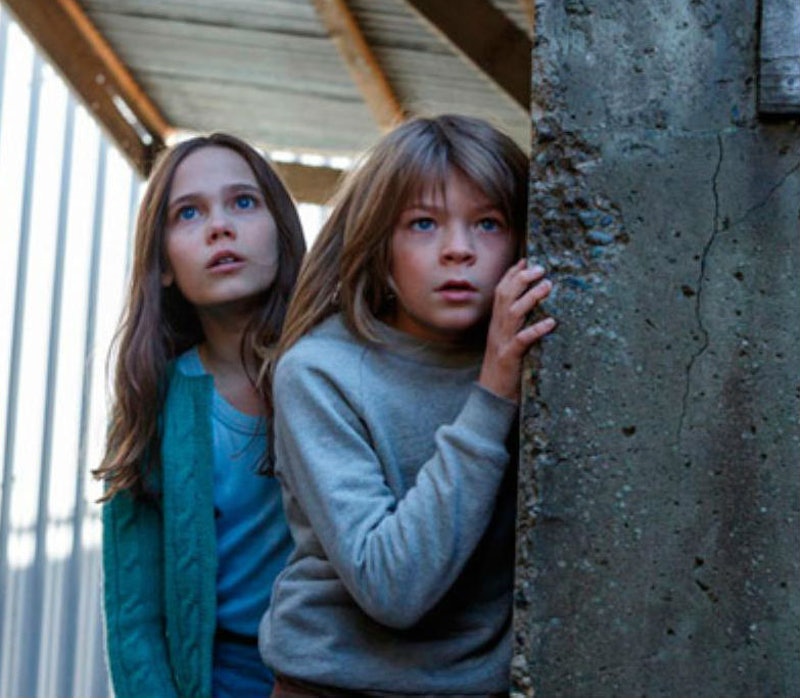 Much has already been said about the success of Disney's recent movie offerings. The studio's blockbuster purchases of Lucasfilm, Marvel, and Pixar over the past several years, combined with its own resurgent and legendary animation wing, have made Disney's box office returns the envy of every other film studio. But in addition to those four previously mentioned branches of Disney's empire, there's another facet of the company that's quickly gathering steam and should not be overlooked: the studio's in-house live action offerings. Specifically, its live-action remakes. There was just The BFG, and now the next big one coming is Pete's Dragon , out Aug. 12, which looks to update the quirky 1977 original into a heartwarming family adventure film.

Anticipation is high for the film after the blockbuster success of The Jungle Book and Maleficent, and the movie definitely doesn't look like it's going to disappoint. The film tells the tale of 10-year-old Pete (Oakes Fegley), who is discovered living alone in the woods by Forest Ranger Grace (Bryce Dallas Howard). Except that Pete claims he wasn't alone. He insists he was cared for by a giant benevolent dragon named Elliot, a creature who's very similar to the one described in tall tales told by Grace's father, Mr. Meacham (Robert Redford). Together, Grace, Mr. Meacham, and 11-year-old local girl Natalie (Oona Laurence) team up to discover the truth about Pete and Elliot.

Although the big-name adult actors (and the dragon) grab most of the headlines, child actors Laurence and Fegley provide much of the film's heart and sense of wonder. Their characters also provide an interesting contrast, as Pete knows that Elliot is real and is reluctant to trust other people, while Natalie has a hard time believing in Elliot but wants to trust Pete. "Pete feels like he doesn't really understand where he belongs," Fegley says in an exclusive featurette. "He's become very close with the other humans, and that kind of makes him feel like he might need to live with the humans, but he doesn't want to leave Elliot."

"[Natalie] is trying to piece together who Elliot could be, because [Pete] always talks about him," Laurence adds in the featurette. "In a way, when he draws the dragon, she wants to believe it, but she also thinks that it may be like, his imaginary friend or something." It's that scene described by Laurence that really showcases the interplay between the two young characters, which you can view above in an exclusive clip. You can see more of the chemistry between these two future stars (and the dragon, too, don't worry) when Pete's Dragon hits theaters soon.