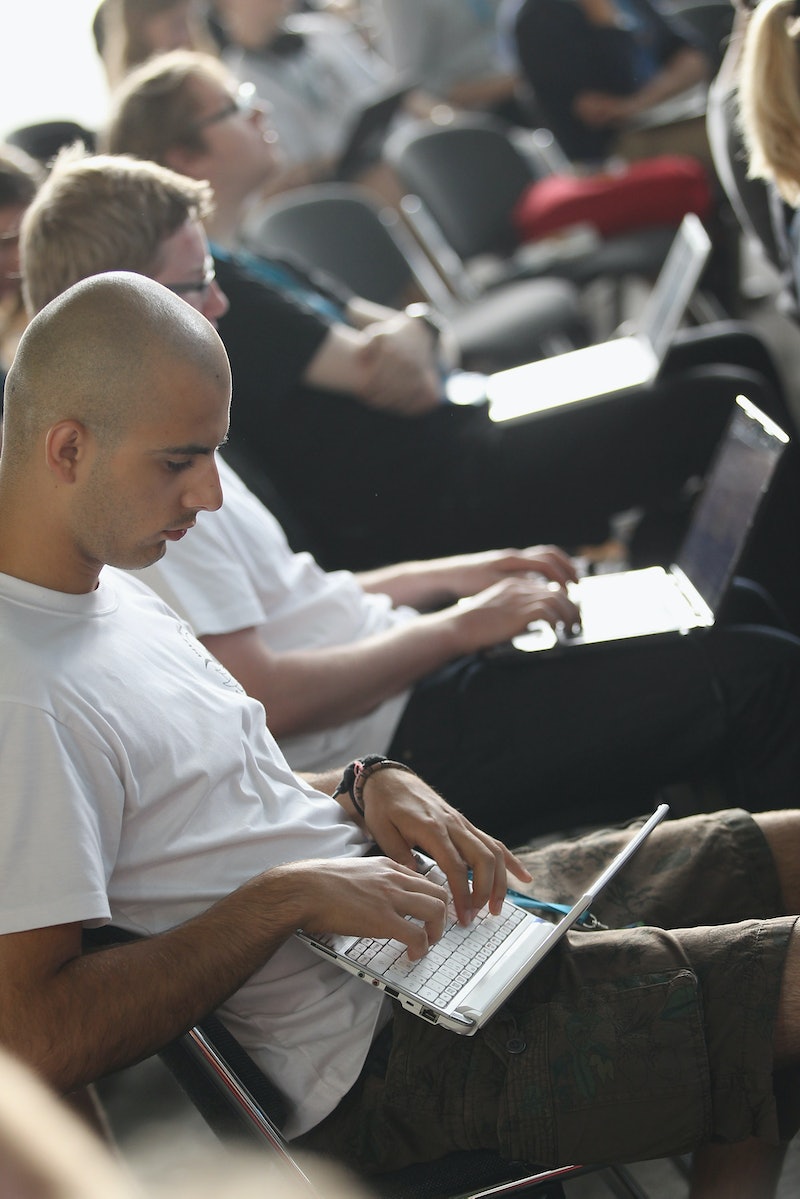 We’ve all heard of those cheesy “virtual girlfriend” apps that will automatically send you text messages from an imaginary digital lady intended to make your friends jealous, or provide you some semblance of companionship, or...something. But real-life virtual girlfriends are becoming a thing now, too, thanks to sites like MyGirlFund.

There’s a price, of course, but it’s not a membership fee. MyGirlFund isn’t quite a cam girl service, although there are “sex cam” options on it; nor is it a sugar baby/daddy hookup site, even though money does change hands in exchange for company. Described in its FAQ as an “online community where guys and girls are able to interact in a casual and fun environment,” it’s probably closest to a social networking community with an adult spin. Guys can log on and find girls to be their online-only girlfriends, “sponsoring” them in exchange for interactions. Face-to-face meetings are a no-no, though, so when it comes to real life, never the twain shall meet.

Speaking to Business Insider, the site’s founder and CEO, known only as Brian, explains, “Guys send girls money, whether it’s for content” — by which he means videos, photos, and so on — “or simply to be a nice, generous guy. Some guys want to feel important to these girls… we’ve heard of them helping pay for things from tuition to speeding tickets.”

Does it sound like it would be a little morally grey to work for MyGirlFund? Surprisingly, it’s reportedly not. Take “Lauraleigh,” for example. Like most of the girls on MyGirlFund, she isn’t a model or a porn starlet; she’s more like the literal girl next door, an Army vet who’s currently raising a six-year-old daughter while getting her PhD in Human Genome Studies. Although she admits that working for the site is “hard to explain” — “One might say [it’s dishonest] to go along with it,” she notes — she looks at it as more than just a transaction. “I like to make people feel good and genuinely care for the ones I get close to. I’ll chat for hours, even on days they don’t contribute.”

And lest you think relationships on MyGirlFund are of the-no-strings-attached variety, know, too, that it can be as tough to end them as it can be to end a real life relationship. Says Laureleigh about being ghosted by a man in England, “It sucks… I cried my eyes out. It sounds silly, but he was an awesome guy and I could talk to him about anything and everything. All of a sudden he stopped logging on and for months I would continue to send him messages in hopes that he would log in, but it still hasn’t happened… I honestly would have moved to the U.K. for him.”

Personally, I’m not sure I’d have what it takes to be a MyGirlFund “virtual girlfriend,” because (as I noted yesterday) I hate people. But I actually think this is a pretty great option to have, for both the sponsors and the sponsored. Women can apparently make up to $55,000 working for MyGirlFund, and guys go in knowing exactly what they’re going to get. It kind of seems limited to heterosexual relationships right now, but maybe in the future it will expand. I appreciate the fact that CEO Brian and his director of business development, Stefan, tried — in their words — to look at “what’s wrong with the adult world and what’s wrong with social networking sites” in order to build something that’s based around “the relationship that forms between users.”

At least the ladies of MyGirlFund actually exist — unlike the Invisible Girlfriend. Right?