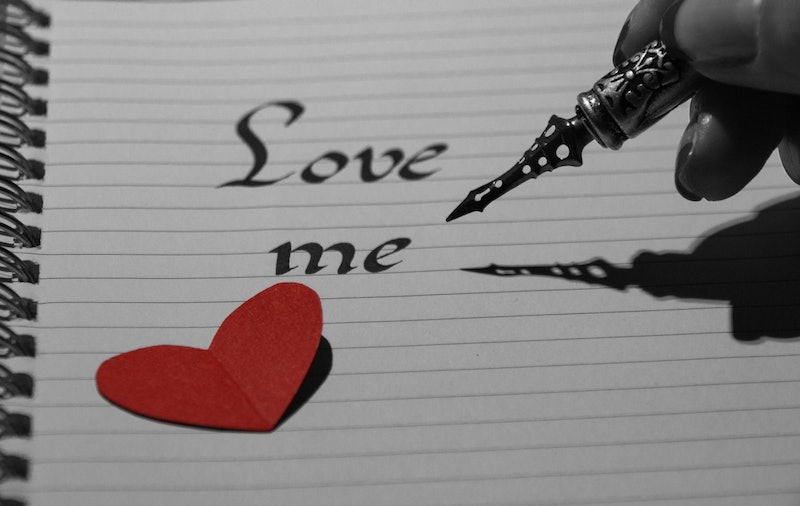 Call it Anna Karenina Syndrome or the grass-is-greener effect. Almost everyone has found herself drowning in romantic feelings for a man or woman she can’t have — either because the object of her affection is in a relationship with someone else or because she herself is (or both). Sometimes we fantasize constantly about the forbidden crush but don't take it any further than that. Other times we actually act on our feelings by engaging in a sexual relationship with the unavailable person.

Of course, you can wallow in “why me” misery or wish for a happy ending in which that unavailable person becomes suddenly available to you. But there are healthy ways to deal with this all-too-common situation that won't waste your energy or wreck your life. Read on for our five top tips for coping.

1. Accept that your feelings are normal.

A wedding ring is a pretty good sign that someone is in a committed relationship, but that little band of gold can't prevent you from suddenly finding yourself drawn to someone who isn't your spouse or significant other. Even people who have been in partnerships with the same person for years can easily feel attracted to someone else. As the sex therapists at GoodInBed.com put it, “Attraction doesn’t end once we’re in a relationship.”

What is in your control is whether you act on those feelings by starting a sexual or emotional relationship with that other person. One way to prevent infidelity from happening in the first place is simply recognizing and accepting the fact that your eye has wandered.

Seriously, love does not make any sense. Why would someone seem more appealing if he or she is obviously taken? At least for women, self-esteem issues may be at the root of the problem. As psychologist Seth Meyers (not to be confused with that other Seth Meyers) writes on PsychologyToday.com, women who lust after unavailable partners may be unconsciously hoping that the person will finally commit and make them feel worthy.

If you repeatedly attract unavailable people, says relationship expert Margaret Paul, it’s also possible that you yourself might be emotionally unavailable and afraid of getting too involved romantically. So the next time you find yourself imagining an R-rated scenario involving your BFF’s boyfriend, try getting introspective and thinking about why you might be interested in someone who’s already attached.

3. Recognize that secrecy is sexy — but decide whether it’s worth it.

If you’ve already gotten involved with someone who’s unavailable, you’ve probably figured this one out. There’s something electric about sneaking around like you're teenagers again, doing what you know is wrong because it feels so right. Here again, human psychology comes into play. Sex (or any kind of relationship) with an already-attached partner can be freeing, according to psychologist Stephanie Newman. That’s possibly because it doesn’t come with the fear of said partner cheating on you, given that he or she is already being unfaithful to someone else.

But if you suspect that mystery of the relationship is drawing you in, author Kristen Houghton writes on The Huffington Post, consider whether that secrecy is worth the consequences. It’s unclear whether your unavailable partner will ever be inclined to show you off to friends or family and get your relationship out in the open. If a public relationship is ultimately what you desire, this clandestine affair probably won’t satisfy you for long.

4. Ask yourself if you’re being competitive.

Take it from Taylor Swift — sometimes all you want is to tell your friend's partner, "You belong with meeeee." Maybe that's because you think that unavailable guy or girl is hot; or maybe it's because you're trying to one-up your pal. Psychologist Monica Williams writes on PsychologyToday.com that relational aggression is a kind of competition that often occurs among women (though men certainly can be competitive, too) and sometimes involves getting sexually involved with a rival’s partner.

If the object of your affection (or the person you’ve already gotten involved with) is actually attached to your friend, consider whether your feelings might stem from a competitive spirit. Then think about how you can curb these competitive urges in a healthy way, without ruining either your friendship or your friend’s relationship.

5. Tell someone about your feelings.

When you’re attracted to someone you can’t have, you’re often so ashamed that you keep your emotions to yourself. And if you do confess, probably the last person you tell is your current partner. But there’s reason to believe that publicly acknowledging those feelings is one way to manage them and even make them go away. According to marriage and family therapist Adrienne C. Laursen, telling your partner that you’re attracted to another person takes away the fantasy and makes you realize that you’re entering a potentially dangerous situation. (If you’re not in a relationship, consider telling a close friend or family member about your desires.) No matter whom you choose to confide in, the conversation can be a necessary, liberating wake-up call.

More like this
Are Gemini & Scorpio Compatible In A Relationship?
By Kristine Fellizar
The Most Compatible Life Path Numbers, According To Numerologists
By Kristine Fellizar
15 Ways To Tell Someone Was Just Talking Behind Your Back
By Carolyn Steber
The Case For A Hard Launch Summer
By Morgan Sullivan
Get Even More From Bustle — Sign Up For The Newsletter