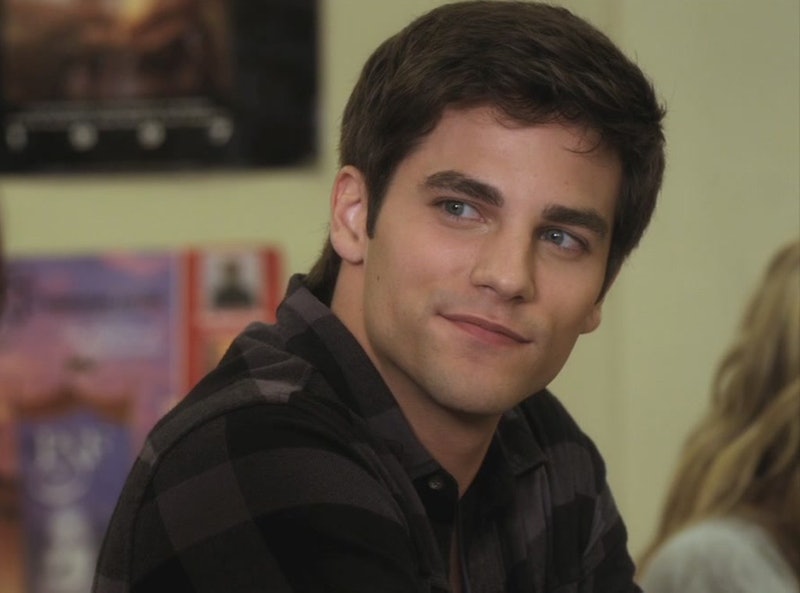 Pretty Little Liars Season 7 is being heralded as the season of homecomings, and it's definitely about to live up to the hype: many an old favorite character are set to return this season. Oh, and the fact that a large percentage of those returning happen to be former A suspects? Well, that's just gravy. The ever-mysterious Noel Kahn is making his own Pretty Little Liars Season 7 appearance among other fan favorites making their way back on to the show, joining Paige McCullers, Jason DiLaurentis, Wren Kingston, and Jenna Marshall. He's been shady AF since pretty much Day 1, but he's never really been revealed as a major player on the A team, so it'll be interesting to see how he fits in with the new, post-time jump Rosewood (not to mention the new A Team — or rather, AD Team).

So, when will he be coming back? Well, it's actually fairly soon: According to his IMDb page, actor Brant Daugherty will be appearing in both Episodes 8 and 9, which will be coming our way this August, as we ramp our way up to the end of Season 7A. Episode 9 is rather tellingly (and nerdily) titled "The Wrath of Kahn," so I think it's safe to assume that Noel will be factoring into the episode in a fairly major way.

The title is a clear nod to some sort of revenge Noel will be enacting in the episode, but could it also signal his allegiance to the show's new big bad? Last time we saw Noel, he was embroiled in a pretty bad blackmail situation with Ali, who's currently out of commission in a non-Radley mental institution. Still, theirs could be an uneasy partnership that could be revived — after all, we still don't know what she was blackmailing him with, and there's always the almost too good to be true theory that Alison is still evil. If Ali is just a wolf in sheep's clothing at this point, it would certainly be interesting to see her reveal her true colors — and if Noel ends up factoring into that (either as a blackmailer, a blackmailee), well, all the better. At any rate, the "wrath" could definitely relate to Ali somehow, though I suppose you could argue that it could also refer to something that will happen to Spencer, who rather memorably injured Noel with a fire poker during his last appearance on the show.

It's also worth pointing out that Noel dated many of the characters on Pretty Little Liars, which makes his return to Rosewood even more complex. Perhaps most memorably, he dated Aria in the early seasons, eventually going on to date both Jenna and Mona. That can't possibility bode well for the dude's creep factor, especially seeing as neither Jenna nor Mona has been crossed off the AD suspect list — heck, his return may even end up being linked to Jenna's, since she'll be returning soon too.

Any way it shakes out, it's sure to be fun. I don't know about you, but as long as we get more moments like that time he hid under a sheet and said "surprise" in just about the creepiest way possible, I'll be happy.