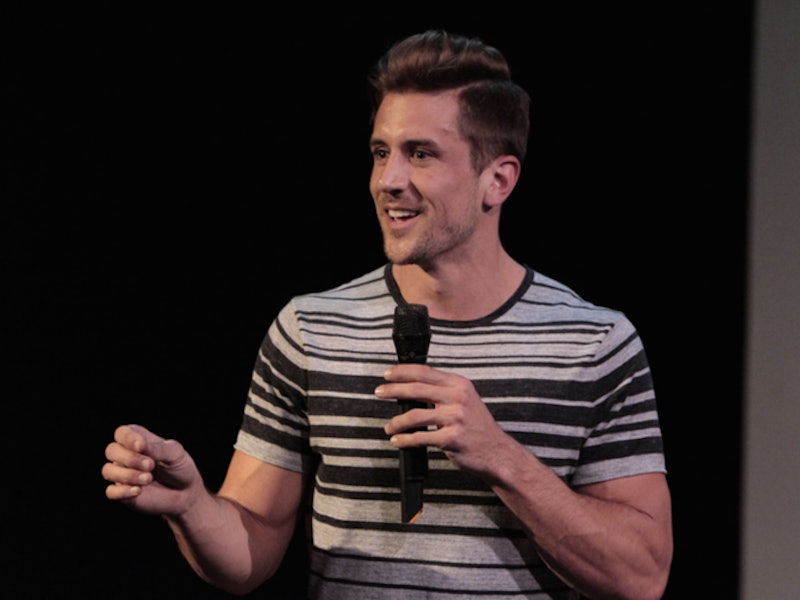 With hometown visits right around the corner, fans are more anxious than ever to see whose parents JoJo will be meeting. So it was very interesting to learn that if/when Jordan gets the chance to bring her home next week, his brother Aaron Rodgers won't be there on The Bachelorette , which is mainly due to the fact that the siblings don't have a very close to relationship. In fact, from what was just revealed during Monday night's episode, Jordan and Aaron don't talk to each other.

It's a difficult subject to broach, especially when you're in a romantic setting, but Jordan decided to come clean about his not-so-great relationship with his middle brother, even going so far as to admit how hard it has been living in his shadow. He didn't go into a lot of detail regarding what made him and Aaron no longer be on regular speaking terms, but from what I gather, Aaron's fame definitely caused some tension between the two of them and had a role in making them not be able to be as close as Jordan is to his eldest brother, Luke.

Throughout their conversation, Jordan shared that every step of his life he felt disappointment due to the fact that no matter what he did, it didn't seem good enough because he was constantly getting compared to someone who could do it better... aka Aaron.

So that right there is enough to build up some tension is any relationship, especially one between brothers, and you can tell from all the group activities that Jordan is a competitive guy, so being outshined by a family member had to have been difficult for him. Either way, if JoJo ends up picking Jordan at the end of all of this, there may be a decent amount of family drama that she'll inherit along with it.