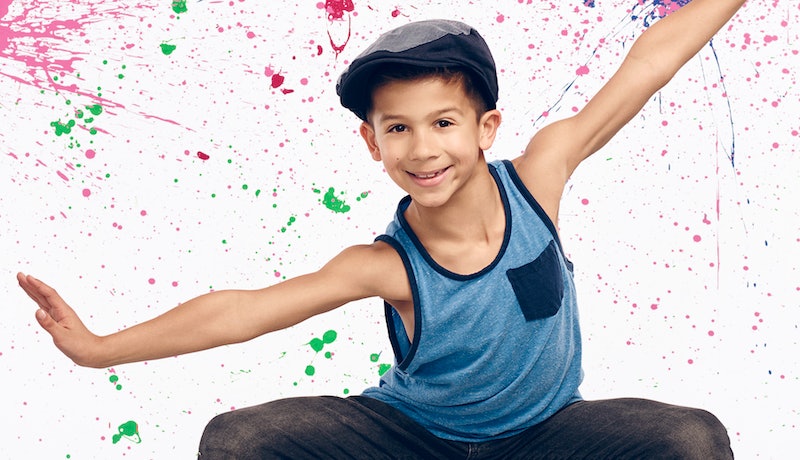 Could it be? Is my cold, cynical heart growing soft? Well, thanks to So You Think You Can Dance featuring young dancers this season, that just may be the case. As Nigel Lythgoe said, he was originally unsure of J.T. being on So You Think You Can Dance and I was in full agreement with the seasoned judge. But J.T. made both Nigel and me believers when he performed a moving piece choreographed by Mandy Moore with his All-Star Robert during the July 11 live episode. The feedback he received from the judges brought him — and judge Paula Abdul — to tears, proving, yet again, that this season is going to be a real emotional one.

If you hadn't realized from the auditions and the Academy that So You Think You Can Dance: The Next Generation was going to be more emotional than any other season of So You Think You Can Dance, then the first live show should have cemented that idea for you. The eight-year-old contemporary dancer had been "the cute kid with the bow tie" since the first episode of auditions, but he showed that there is much more to him as a dancer in his solo and (literal) uplifting dance with Robert. Not only is J.T. the youngest dancer on So You Think You Can Dance: The Next Generation, he's the youngest dancer ever to be on the competition show. And that combination of pure innocence and talent is heartwarming for even pessimists like myself.

After J.T. and Robert performed their duet, Nigel told the audience how he had to be convinced to do The Next Generation and how he also had been disappointed in Robert's choice of J.T., but that J.T. had proved during his performance that he's more than just cute, calling him a beautiful dancer and a star. Then, Paula — with tears streaming down her face — told Robert and J.T. that they were gifts to each other and the waterworks went from there with J.T. crying as Maddie said the dance was emotional for her and Jason Derulo saying the dance was moving and possibly spoke to people struggling with father-son relationships.

While I am still not ready to claim J.T. as one of my favorite dancers of The Next Generation yet, I can't deny that J.T. has talent and a way of moving people. He's going to make it far on So You Think You Can Dance this season — and he'll keep bringing the emotions along the way.