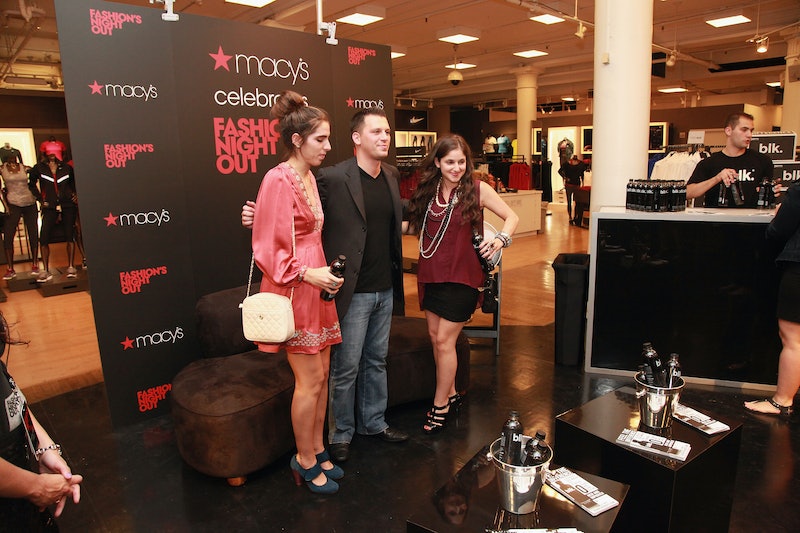 The Real Housewives of New Jersey is finally back, after a two-year hiatus since the last season, and somehow almost nothing about the series has changed, from Teresa's family drama to the cast's obsession with celebrating Christmas. But there is one thing that was once the biggest RHONJ buzzword: is blk Water still around? It earned one mention in the premiere, when Jacqueline's husband mentioned that he'd worked on the product. But it was in the context of a discussion about how the Lauritas lost all of their money and may have to downsize their home, so that's a little awkward... and didn't make it sound like blk Water was still a thriving business.

But there's some evidence that the company is still hanging on. First of all, you can purchase blk Water online, and it even ships through Amazon straight to your home, if for some reason you want to feel like it's 2011 and the Real Housewives of New Jersey is a huge reality TV phenomenon and the concept is still novel. However, just a little over a year before that RHONJ scene, Jacqueline posted an image from Cosmopolitan that credited blk Water as a desirable health drink. I would have thought that by this point, the product would no longer have a PR team that could set this up, but even if blk has ceased to be a big part of RHONJ, it's still kicking around.

But two of the biggest people behind the company, Albie and Chris Manzo, who are the sons of former RHONJ matriarch Caroline Manzo, have moved on. Inspired by their father, the two sons opened two restaurants in Hoboken, NJ, close to where the brothers live. From the sound of things, they've already been more successful as restauranteurs than they were as bottled water manufacturers. In addition to his work on restaurants, Chris Manzo came out with a children's book this year.

So now, the business that the Manzo brothers once called their passion has almost completely fallen by the wayside in favor of their new ventures. But it makes sense, because back in 2011, fellow blk water producers Creative Thinkers sued the Manzos and Lauritas for allegedly stealing their concept, putting the company in hot water (is this a pun? If so, absolutely intended) almost immediately. That must have hurt the company's publicity.

And the Lauritas have also diversified their resumes since then. Jacqueline spends more time promoting subscription service FabFitFun, while her husband, Chris, just announced a new product: a mini popcorn called The Little Kernel. Already, tiny adorable popcorn has more shelf appeal than black bottled water, so I'd say it's a good shift for the family.

So while it's true that blk is still around, and can even still be bought online, the brains behind it have let the idea go, so I'd suggest any but the most passionate RHONJ fans should probably do the same.