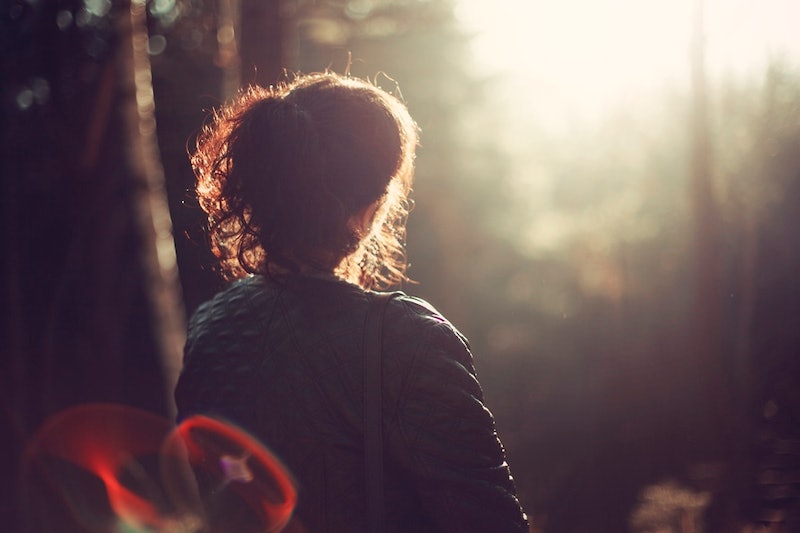 Antidepressants are both a giant boon to those with mental illnesses and a big pain in the neck. Side effects are common, going off them is worse, and getting the right dosage can occasionally feel like playing a game of darts with your own neurons. Fortunately, science is attempting to make them into less of a blunt instrument; the science of antidepressants is entering a new stage, where we delve into personal genetics and bodily factors to "read" what each patient might actually do, rather than just throwing antidepressants at the problem and ducking for cover. Every day, it seems, brings a new nuance to the conversation, and mid-2016 has been a very exciting time for the antidepressant revolution.

The modern antidepressant is a far more subtle creation than the original versions, which were extremely hardcore and the neural equivalent of being beaten up; but that doesn't mean there's not a lot more to discover. We're still understanding the biological and genetic factors that influence depression, and what they might indicate for our sensitivity to drug-based treatments. There's no cure-all on the horizon (though some experiments with mice, as we'll see, are causing a stir), but precision is the name of the game, with increasingly targeted testing procedures being rolled out to tailor treatments. Soon an antidepressant prescription may be as involved and unique as being fitted for a suit, though instead of a tuxedo the end goal is mental stability.

Are you ready for the future of antidepressant science? Here are three of the most exciting new movements in research that are making us contemplate an interesting future.

1. They're Now Trialing Genetic Testing To Get Dosage Right

If you've ever been on an antidepressant, you'll be familiar with the lottery-like feel of adjusting the dosage; in many cases, it's trial and error for months on end before a good dose of an appropriate drug is found, with bearable side effects and effective mood stabilizing. But we're now in a new era of testing: various methods are being investigated to take that traumatic and, in some cases, dangerous medication fiddling out of the antidepressant equation. They're going straight to the body, to see what signals it gives about its possible "proper" dose. And the answer may lie in saliva.

One method that's gained traction in the Australian and U.S. press through the launch of a promising startup is tracking the genetics that make up the "blood-brain barrier," which is what separates blood from extracellular fluids in the brain and, to some extent, determines the uptake of things in the bloodstream (like our friends antidepressants). An Australian scientist, Dr. Ajeet Singh, did experiments on the genetics behind blood-brain barrier composition, and found that there were certain genes that might indicate dosage patterns. In other words, genes might be the secret to getting a dose right first time, no adjustment required.

The principle is called "genetically-guided testing,"and the Australian Financial Review reported that Singh's own experiments on using it versus normal trial and error "found a remission of depression symptoms in 72 per cent of patients with genetically-guided dosing, versus 28 per cent for those with unguided dosing." It's clearly got attention: Singh's now partnered his company, CSNDose, with a big American lab, AlphaGenomix, to try and roll out genetic testing in late 2016. The ideal? A simple saliva test sent to the lab will lay out the genetics of the patient, and determine what dose will fit for their blood-brain arrangement. It's a brave new world.

2. Blood Might Tell Us About The Right Medication Choice

Saliva is just one part of the battle to get antidepressant prescriptions down to an exact science. In June, it was announced in the International Journal of Neuropsychopharmacology that a new test had been developed by British scientists to determine peoples' responsiveness to antidepressants in general — simply by taking a blood test and measuring certain proteins in it. Sounds prosaic, but the results are seriously interesting, and the test itself is being seen as one of the new markers of "personalized medicine" for mental health.

The test, developed by a research team at Kings College London, looks for two proteins in particular: macrophage migration inhibitory factor, or MIF, and interleukin 1 beta. They're called biomarkers, and their levels in blood show the amount of inflammation in the body. The researchers found that if the two proteins were above a certain level, depressed patents were 100 percent likely not to respond to commonly prescribed antidepressants. For them, the entire trial and error process would be a dangerous and damaging waste of time.

Professor Carmine Pariante, who led the study, commented at the time, "This study provides a clinically-suitable approach for personalizing antidepressant therapy: patients who have blood inflammation above a certain threshold could be directed toward earlier access to more assertive antidepressant strategies, including the addition of other antidepressants or anti-inflammatory drugs." The use of the test in hospitals and doctor's surgeries is still up in the air, as it's only just broken onto the world scene; but we're looking at a future where, conceivably, a blood and saliva test could be combined to tell us what kind of antidepressant we should have, and how much.

3. We May Be Able To One Day Switch Off Depression In The Brain

There are other scientists who believe that, one day, we may not need antidepressants at all. A new revelation from Northwestern University this month has indicated that, if the results can be replicated in humans (the scientists used mice), depression could be "turned off" in the brain by fiddling with certain genes and changing the way the brain's electrical circuits work.

The basic principle? Depression isn't just about serotonin imbalance. The Northwestern researchers noted that, in depressed mice, something interesting happened to the hippocampus region of the brain: the HCN channels of the hippocampus, which transmit electrical current and are linked to everything from sour taste to motor control, physically altered. The Northwestern researchers decided to "turn off" the HCN channels in that particular bit of the brain in mice, by injecting a particular substance that altered the genetics behind HCN function. This chain of events led, strangely enough, to much happier mice.

The implications are very interesting. If this works in humans as well, using genetics to flip the switch on the hippocampus could be a shortcut to altering depression entirely. But how do you make it last, and what would it do to the rest of the body's behavior? HCN function for humans is likely different, and possibly more complex, than its function in mice; we may accidentally de-activate relevant other functions, and that wouldn't be much fun either. It'll likely be years, if ever, before testing on humans is done, but watch this space.