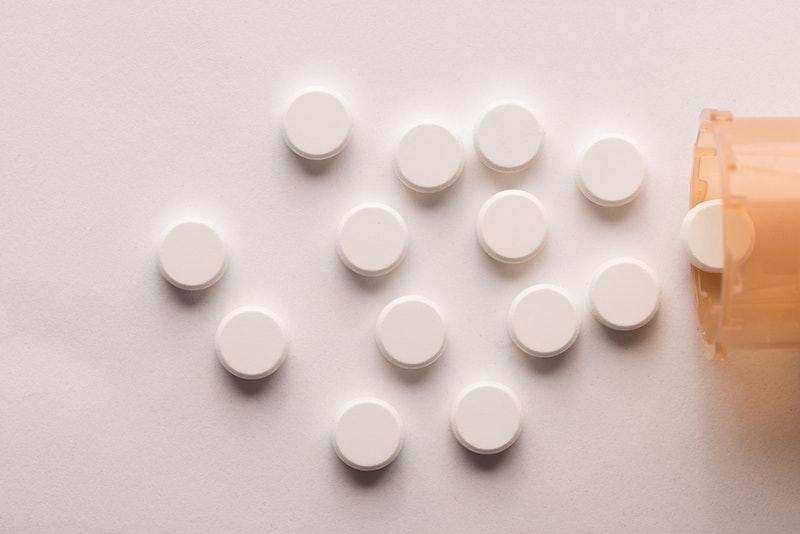 I write about antidepressants a lot — their pluses, their minuses, the experience of being on or going off them, how to deal with side effects — and the impression you may get is that they are decidedly imperfect drugs. That, frankly, is very true. While we've gradually refined antidepressants from the equivalent of a mallet to the skull down to a nuanced smack upside the head, they're still blunt instruments, with a ream of problematic side effects that can make life unpalatable for their takers. So why haven't we refined them even further? What's stopping the next generation of anti-depressants from appearing, and when is it going to turn up already?

The answer is more complicated than it looks, and depends on understanding how drugs actually appear. It's not a leapfrog from a new discovery to a drug on the market; discoveries themselves need to be funded somehow, usually by pharmaceutical companies or academic bodies. And then years of testing need to determine whether that pill could be the secret to happiness forever, or actually causes spontaneous combustion in 1 in 10. The chain in developing new anti-depressants, it turns out, is broken — because the money's dried up.

Let's take a look at why, and whether we can expect any new developments in anti-depressants soon.

Why New Anti-Depressants Aren't Being Developed

In 2011, a report by Professor David Nutt of Imperial College, London, and Oxford's Professor Guy Goodwin nabbed a lot of headlines by pointing out a nasty problem: that the future of psychopharmacology (drugs for mental disorders) is being put at serious risk. The culprit? A change in priorities by the people with the money — drugs companies. Nutt and Goowin explained that the pharmaceutical industry is shifting away from research into antidepressants and other new drugs for mental disorders. They aren't paying for new studies; they seem to have decided it isn't worth it.

Without pharmaceutical research, obviously, new drugs can't be made. Scientists can apply for funding from governments or places like the European Union, but the real money comes from companies who want to make the research into drugs — and profit. So the pharmaceutical shift in gear was a big, big problem.

Where did this shift come from? Well, one perspective is that the current array of drugs — including SSRIs, MOAIs, and atypical depressants — are "good enough," despite their side effects. They sell well — and if it ain't broke, don't fix it. Another is that years of testing hadn't yet revealed a new breakthrough in treatment, and there have been seriously expensive missteps. A few new antidepressants had been tested and ended in failures — and that meant a lot of money down the drain.

So has anything changed in four years? Professor Nutt tells Bustle that he believes the answer is, well, not much. Pointing out that "only one drug [has] been licensed in the past six years — vortioxetine," he says the situation of bad funding and low priority was "getting worse if anything." It's clear that one new discovery hasn't created an avalanche overnight. To some observers, it's just a tiny flicker of interest in a landscape of apathy.

But it's clear that antidepressants could stand to be improved — and one new discovery is being touted as the next big hope for a fourth generation.

If you've paid attention to antidepressant news, one particularly odd drug name has kept popping up: ketamine. Otherwise known as Special K, ketamine is a horse tranquillizer that's made its way into the club scene around the world as a party drug — and it's being put forward as the next big hope for depression.

Preliminary studies have shown that it's got a definite mood-boosting effect when given in minute doses (far less than what you'd ingest on a night out), and it seems to minimize some of the more drastic side effects of other antidepressants — and, though we're still in really early days, a lot of people are getting very, very excited about its potential.

It has its limits, though. Dr. Rupert McShane, who's directing an ongoing study into ketamine's effects on depression in the United Kingdom, explains that research needs to go further before ketamine can be commercially viable as an antidepressant.

"We need to work out ways to prolong the effect [of ketamine]," McShane tells Bustle. "At the moment, it looks as if we need to give it repeatedly to maintain the benefit. This is difficult if intravenous ketamine is needed, so a current strand of research is about finding other ways of taking ketamine. For example, Janssen [a British pharmaceutical company] is investing substantially in a program to develop an intranasal device."

So ketamine isn't exactly at the walk-in-and-grab-a-prescription stage; antidepressants at the moment work on fixed regimes, usually taken daily, and they badly need to be consistent. But as McShane mentions, Janssen — and several other pharmaceutical companies including Johnson & Johnson — are pouncing on ketamine as a possible (and very lucrative) "new generation" of antidepressants, with fewer side effects and wide commercial appeal.

The Future Of Antidepressants Is All About Delivery

You may have also noticed that Janssen wasn't actually looking at refining ketamine itself, but at a new delivery method. That may actually be the next phase of the new generation: how we take drugs, as opposed to what they are.

Delivery of drugs may potentially be the next big area of investment, focusing on finding ways of delivering an antidepressant that could maximize its impact. A new device invented by researchers in Washington actually delivers antidepressants directly to the brain, using a remote-controlled wireless device inside the skull. It's only been tested in mice thus far, but it's a powerful new idea.

Why's delivery matter, anyway? Well, most antidepressants are taken orally, but part of their side effects may be caused by how they interact with the body's digestive system — for example, nausea or constipation. So getting them straight to the brain may negate that problem. And targeting specific parts of the brain that need the meds may (I'm being seriously hypothetical here) stop the problem of washing the whole brain with the drug and letting it interfere with other bits of grey matter.

Nasal spray may be the best delivery system for ketamine that's required to keep its effects consistent over the course of a day. It's been touted as the key to making it marketable — and it might make antidepressant manufacturers rethink how old drugs can be taken in new ways. So we may be looking at the end of pills and the beginning of nasal sprays, brain injections, antidepressant air fresheners — hell, maybe we'll be able to put them in our contact lenses. Who knows?

The basic lesson? Stay tuned. The two most viable candidates are a drug that doesn't last long enough to work, and a delivery method that isn't a drug at all. Whichever way it goes, it looks like a good few years before we see anything new.