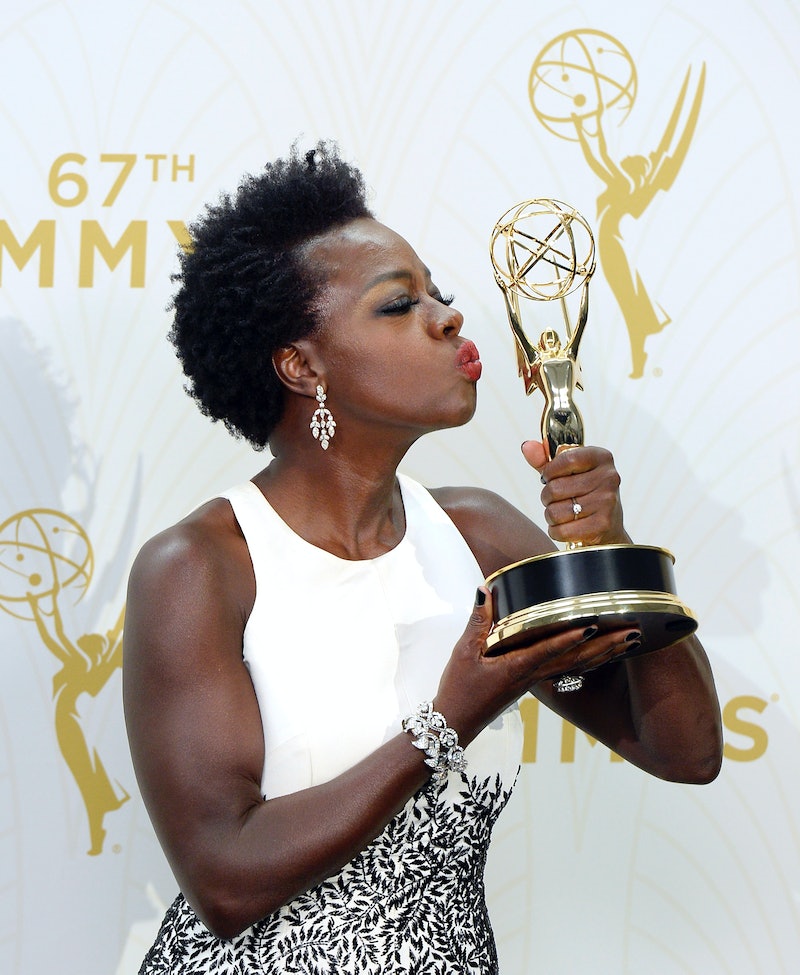 Music has the Grammys, movies have the Oscars, movies and television share the Golden Globes, but the Emmys is the awards show that exclusively honors television — and as a devout TV viewer, they are important. So, if you've been dutifully watching as much television as possible in order to prepare yourself for the arrival of the nominations, then the actual awards show, you're probably asking one very crucial question: When are the 2016 Emmy Awards? Don't worry, my fellow TV fans, followers, and worshippers, I've got you covered.

According to ABC, the 68th Primetime Emmy Awards will air on Sept. 18 from 7 p.m. - 11 p.m. ET and will be hosted by the network's late-night talk show personality Jimmy Kimmel — who actually has some Emmy nominations under his own belt for Jimmy Kimmel Live. Of course, Kimmel isn't a newbie to hosting the Emmys, since he previously took on duties as the host in 2012 for the 64th Primetime Emmy Awards. He also has the support of ABC Entertainment president Channing Dungey, who said, "With Kimmel at the helm, expect to be at the edge of your seat for a bigger, bolder, and better-than-ever Emmy event.” Those are some big expectations to live up to!

Of course, half the fun of the Emmys is the lead up to the big show. First, TV fans theorize and name their picks about who will be nominated in the first place — although the big contenders like Game of Thrones, Veep, Orange is the New Black, House of Cards, and Modern Family are shoo-ins. Then, based on the actual 2016 Emmy Award nominations, the discussion turns equally to who was overlooked (remember all us outraged Orphan Black fans when Tatiana Maslany wasn't nominated?) and which series/actors have the best chance of winning.

Still, the tragedy of any awards show is that not everyone who deserves to be nominated actually will be nominated, let alone win. We're living in an era of Peak TV and that means some of our favorites won't receive Emmy nominations (but please, please, please let UnReal not be counted among those overlooked!) even though the noms may have been deserved.

That being said, the run up to Emmy nominations and the awards show itself is one of the most exciting times of the year for TV fans. With only a few months until the 68th Primetime Emmys, you can bet I will be catching up on all the nominated television shows that somehow managed to fall through the cracks (probably while I was watching You're the Worst and UnReal — hint, hint Television Academy) and making my guesses as to who will win during the ceremony in September.