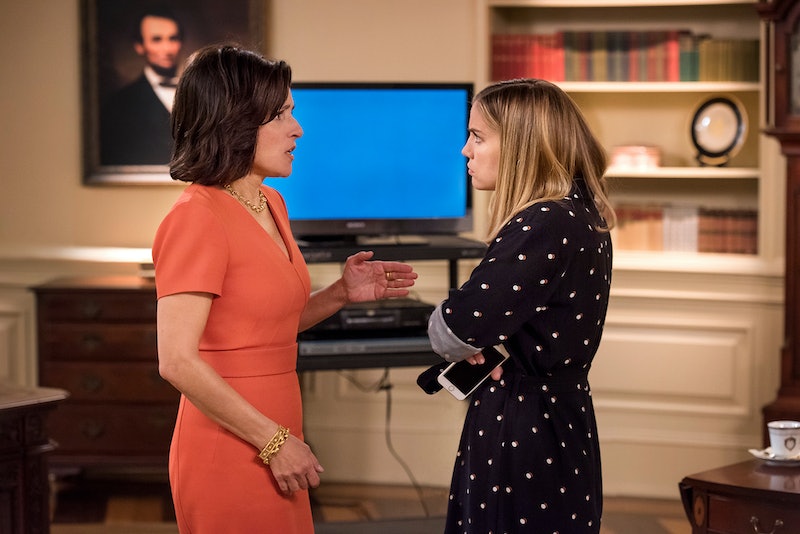 It's now officially summer, which also means it's officially Emmy season. TV fans will get to see the full list of 2016 Emmy nominees when its announced by Anthony Anderson and Lorelai Gilmore herself, Lauren Graham, on July 14, but before the official list is revealed, it's time to predict what shows and which actors and actresses will see their names on the ballot. One thing that needs to be known about the Emmys is that when it comes to predicting the list of nominees, it's best to look at last year's ballot. Unlike the Golden Globes, which tends to nominate up and coming talent, the Emmys will likely go with its tried and true favorites. So no, the Globes are not a good way to predict the Emmys. But yes, Game Of Thrones will undoubtedly be nominated again for Outstanding Drama, an award they won last year.

This doesn't mean there won't be some surprises and snubs along the way. The Outstanding Lead Actor in a Drama Series is certainly up for grabs being that last year's winner Mad Men's Jon Hamm isn't eligible. And that's the fun of these predictions. It's basically a wishlist of what I'd like to see honored this year. And as everyone knows, it's an honor to be nominated, which is likely what the nominees in the Outstanding Actress in a Comedy Series will be saying to themselves, since Julia Louis-Dreyfus has already picked up five statues in the category — tied for the most of any actress.

With last year's rule change, there's now a possibility for seven nominees in each category, which is why I've rounded up the magnificent seven that I'd like to see recognized in these 11 categories. I even threw in an extra prediction, a "wishful thinking" nominee, that is a longshot, but totally deserving.

Last year, Game Of Thrones won and the real question is, will it be able to make it two and a row? The likely answer is, yes. Seriously, it's kind of its prize to lose. But, I predict that Mr. Robot, with all its buzz, would be the one show that could come in and steal GoT's thunder. And we need to talk about The Americans, which is one of the best dramas on TV and needs to be recognized as such. Let's pray to the Emmy gods that the FX series makes its way onto this already very stacked category.

Wishful Thinking? I'd love to see UnREAL, the series, which gives fans a behind the scenes look of a reality dating show like The Bachelor, sneak in there and give Lifetime a drama nomination.

Veep won last year, and it's also likely to get a return win, but if perennial winner, Modern Family takes home this prize again it would be its sixth, making it the most winning comedy ever, right above Frasier, which has five. Basically, don't count an historic win out.

Wishful Thinking? You're The Worst is pushing comedy into the dramatic realm. It'll have you laughing and crying, sometimes both at the same time. That's pretty outstanding, don't you think?

Last year, Jon Hamm finally won for his final season of Mad Men, which means, this category is anyone's to win. I'd personally like to see the newbie, Rami Malek win it for his rather subdued performance as a drug-addled hacker. But, Kevin Spacey has yet to win an Emmy and since he's the veteran in this category he may finally get the statue.

Wishful Thinking? Louis C.K. has been nominated in the comedy category, but with his new show Horace and Pete he could land a dramatic nod.

Viola Davis, How To Get Away With Murder

Viola Davis made Emmy history winning this category last year and she could definitely do it again. But, don't count out Robin Wright for her triumphant turn as Claire Underwood on House Of Cards. She may not be president, but she was definitely in charge this season. Wright's paycheck for the Netflix show made that very clear.

Wishful Thinking? UnREAL's Shiri Appleby is a revelation on the Lifetime series, which shows us what it's really like behind the scenes of the dating show Everlasting. Turns out it's brutal and you'll likely find yourself hating UnREAL 's female anti-hero, but all while being in awe of her acting.

Uzo Aduba won last year, which means she has won two in a row for the same show but in two different categories. (OITNB was originally in the comedy category, but was moved to drama last year.) But with Downton Abbey and The Good Wife saying goodbye this year, don't be surprised if one of those shows pulls an upset in this category.

Wishful Thinking? Samira Wiley (Poussey) has a big season on Orange Is The New Black, would be nice to see her earn a nomination for it.

Peter Dinklage won last year and could definitely do it again, thanks to his standout performance as Daenerys' right hand man. But, don't be surprised if you hear Christian Slater's name called instead for his part on Mr. Robot.

Wishful Thinking? Hugh Dancy on The Path is a broken man who you want to hate, but just can't. Earning a nom for the cultish Hulu show seems like a nice way for the Emmys to make up for snubbing Dancy's performance on Hannibal.

Aya Cash, You're The Worst

Dreyfus has won this prize four years in a row and it's unlikely that she'll lose this fifth one, which would be her sixth win overall, making her the most decorated comedic actress ever. But being that most of her competition from last year (Amy Poehler, Lisa Kudrow, Edie Falco) aren't eligible again, this category could see a burst of new blood. This includes Aya Cash for You're The Worst, which had her going darkly funny with a storyline about depression and Crazy Ex Girlfriend's Rachel Bloom, who took home this year's Golden Globe in this category.

Wishful Thinking? Rashida Jones is punny and absurd on Angie Tribeca, which is the best callback to Airplane. Sure, it skews a bit older in its style, but its classic humor that shouldn't go ignored because it's not as shiny and new as other shows.

Aziz Ansari, Master Of None

Will Forte, Last Man On Earth

This is basically Jeffrey Tambor's statue to lose, but if there's someone who could swoop in and steal it, it's Aziz Ansari with his critically lauded Netflix show that takes a look at identity in Hollywood in a smart and funny way that deserves to be recognized.

Wishful Thinking? Billy Eichner on Difficult People is a very difficult person who you can't help but laugh with and at. I'd love to see the Emmys realize this and give him his first nomination.

Janney won last year, and she's always a favorite since she's great in everything. (She's won six Emmys already.) But, look out for not-so dark horses like Anna Chlumsky, who's been nominated three times for this award, to come in and take home the prize.

Wishful Thinking? Kether Donahue on You're The Worst is obnoxious and annoying, but she does it so well you can't help but love her.

This is a crowded category and one of the most likely to see a shakeup and more than a few snubs. But, since this category has been dominated by Modern Family and Veep, expect those shows to be nominated and to likely win. Bets on Tony Hale coming away with two in a row.

Wishful Thinking? Louie Anderson's portrayal of a rodeo clown's mom on FX's Baskets, which is a funny, sweet and a bit heartbreaking to watch may not only make him a surprising nominee, but also a surprising winner.

If The People v. O.J. Simpson doesn't win, that seems like the ultimate upset.

Wishful Thinking? The Girlfriend Experience may be a little too risque for the Emmys, but I hope they put the subject matter aside and show a little love for this clever series about women and sexuality.

Of course, these are just predictions of the Emmy nominations, get the official list on July 14. See who wins big at the Emmys when the awards show airs September 18.

More like this
'Games of Thrones' Fans May Recognise This 'Conversations With Friends' Location
By El Hunt
What’s New On Netflix: 'Stranger Things' & 'Somebody Feed Phil' Return
By Arya Roshanian
'Ghost In The Shell: SAC_2045' Was Only Supposed To Last Two Seasons
By Kadin Burnett
Michael Peterson & Sophie Brunet’s Relationship Timeline
By Morgan Leigh Davies
Get Even More From Bustle — Sign Up For The Newsletter