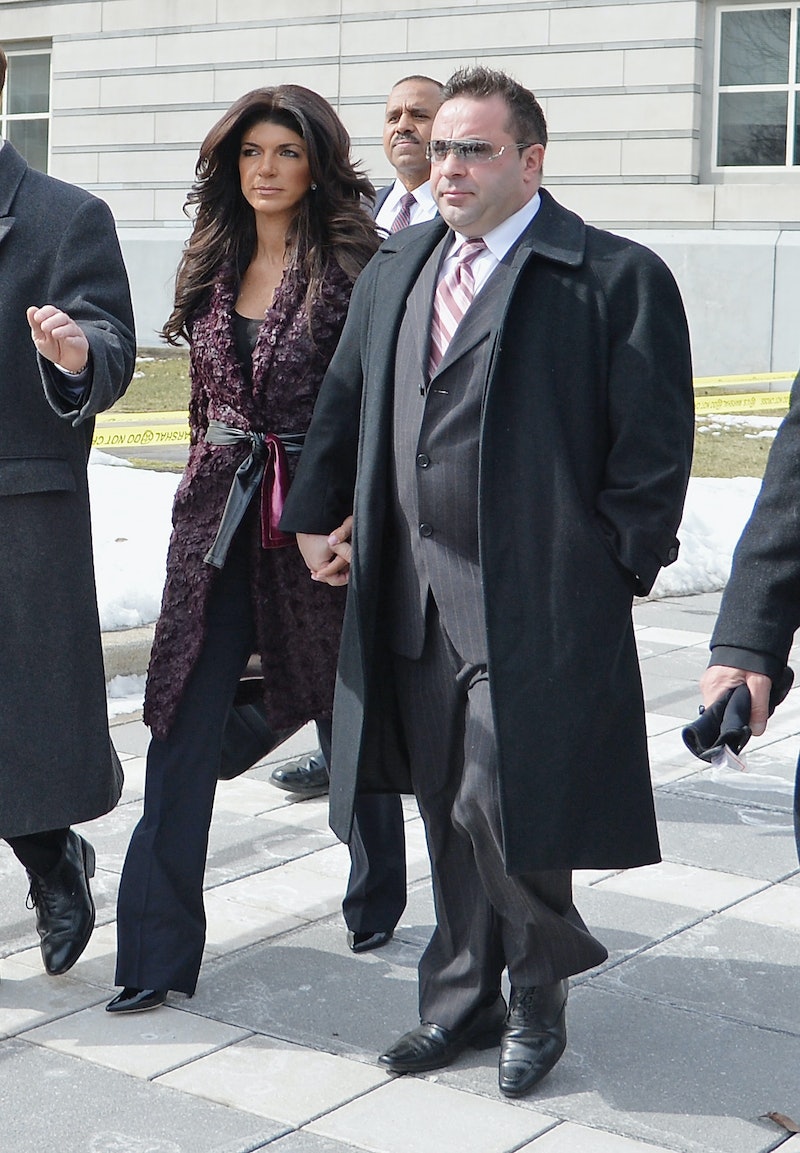 Reality TV is often a guilty pleasure for most of us who choose to indulge, but there comes a time when it's clear that perhaps not everything is made for public consumption. Surely, that's the lesson being learned for The Real Housewives of New Jersey stars Teresa and Joe Giudice. Reportedly, the couple will soon forego their fraudulently fabulous lives behind the gates of a mansion for a sobering existence behind bars. After being indicted on 41 counts of multiple fraud and tax charges, Tuesday Joe and Teresa Giudice pleaded guilty to several of those charges, namely mortgage and bankruptcy fraud. According to reports, Joe faces up to 46 months in prison, while Teresa could serve anywhere between 21 and 27 months. Yikes.

Obviously this spells bad news for the Giudice family, whose awful decisions placed them directly in the public line of fire, plus there's the matter of what will happen to their four young children. Furthermore, this can't be promising for any of the Housewives stars, particularly the ones who are also facing federal charges. Apollo Nida, husband of The Real Housewives of Atlanta cast member Phaedra Parks, was recently charged with bank fraud and identity theft and is rumored to be pursuing a plea deal as well. The ruling in the Giudices' case may establish a precedent for any future reality stars looking to foolishly earn money on TV by exploiting a lavish lifestyle earned by illegal means.

That said, the odds of any Housewives stars committing crimes and getting away with it is decreasing by the second. I wouldn't be surprised to find out if there are any reality TV task forces in the works, like the one that was allegedly created to keep up with certain hip hop artists.

Perhaps any present Housewives stars or any future hopefuls who think their criminal exploits won't come tumbling out of their boutique-sized closets may want to reconsider auditioning for any of the Bravo franchises, which appears to be slowly morphing into a hybrid version of Lifestyles of the Rich and Famous and VH1's Mob Wives .