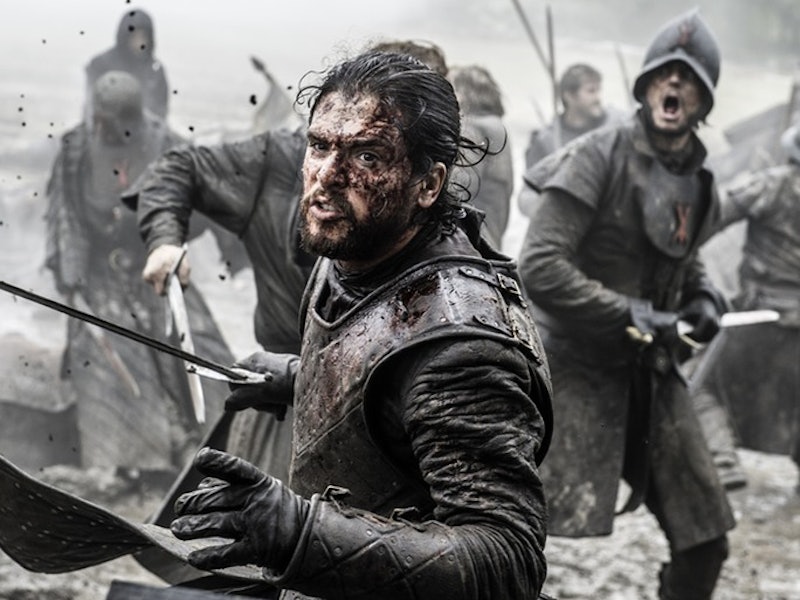 When news first broke that Game of Thrones Season 7 will be delayed longer than usual, I immediately went into a state of panic. I mean, waiting for Game of Thrones to return has always been a difficult struggle, but now that winter is officially here, the series needs to film under more dreary conditions, making our wait for the Game of Thrones Season 7 premiere longer than ever. How are we supposed to cope with such an upsetting turn of events? Haven't we already suffered enough at the hands of this show? (Apparently not.) But now that I've had some time to think about it (and by "think," I mean experience numerous nervous breakdowns), I've realized that this delay — while still unfortunate — can actually be a good thing, believe it or not.

Now, I know what you're probably thinking: "Kelly has finally lost all sense of reason. The trauma of going without Game of Thrones for so long has sent her over the edge." And while some (alright, all) of that may be true, that doesn't mean we can't find some positive benefits to come out of this halt in production. So if you are currently feeling super bummed about this whole delay dilemma, here are a few reasons why this extra long waiting game isn't necessarily a bad thing. For starters...

1. It Gives You An Excuse To Rewatch Seasons 1-6

Now that you're a Thrones expert and have more free time at your disposal, why not go back to the very beginning and relive the experience all over again? It'll remind you not only of what made you fall in love with the show to begin with, but also of how much these characters have changed and grown throughout the years.

2. You Can Finally Get Around To Reading The Books

Don't worry, Jon Snow. Reading isn't scary, especially when it comes to this George R.R. Martin novel series. In fact, after a while you won't be able to put the books down. It will also give you a deeper appreciation of how Sam felt walking into the massive library.

Sure, waiting is difficult, but it will also make the show's inevitable return all the more satisfying.

If the showrunners are waiting for darker weather to approach, then odds are that means we're in for some major White Walker scenes in the coming season. If there was ever a good reason to delay production, this is it my friends.

5. Change Can Be Exciting

Now that winter is finally here, we'll get to see Westeros like we never have before, which is a very exciting prospect. So long we've heard about Ned Stark's warning that "winter is coming." It's high time we find out what all the fuss was about.

6. It Gives Kit Harington More Time To Grow His Hair Back Out

We need those luscious locks!

7. It Means The Show Is Being Authentic

If winter really has arrived then the show needs to reflect that in Season 7. So the fact that the showrunners are willing to delay things just to make sure that happens proves the type of caliber Game of Thrones really is. We need to respect its artistic integrity.

8. It Prolongs Our Limited Time With The Show

Now that only two seasons of Game of Thrones remain, we need to stretch this time out for as long as possible and savor every moment this Westeros world is in our lives. Delaying production is definitely one way to go about doing just that.

I know it may seem like an uphill battle right now, but trust me when I say that this Season 7 delay isn't the worst thing in the world. And as long as we keep these positive aspects in mind, we may be able to muddle through this hiatus relatively unscathed.