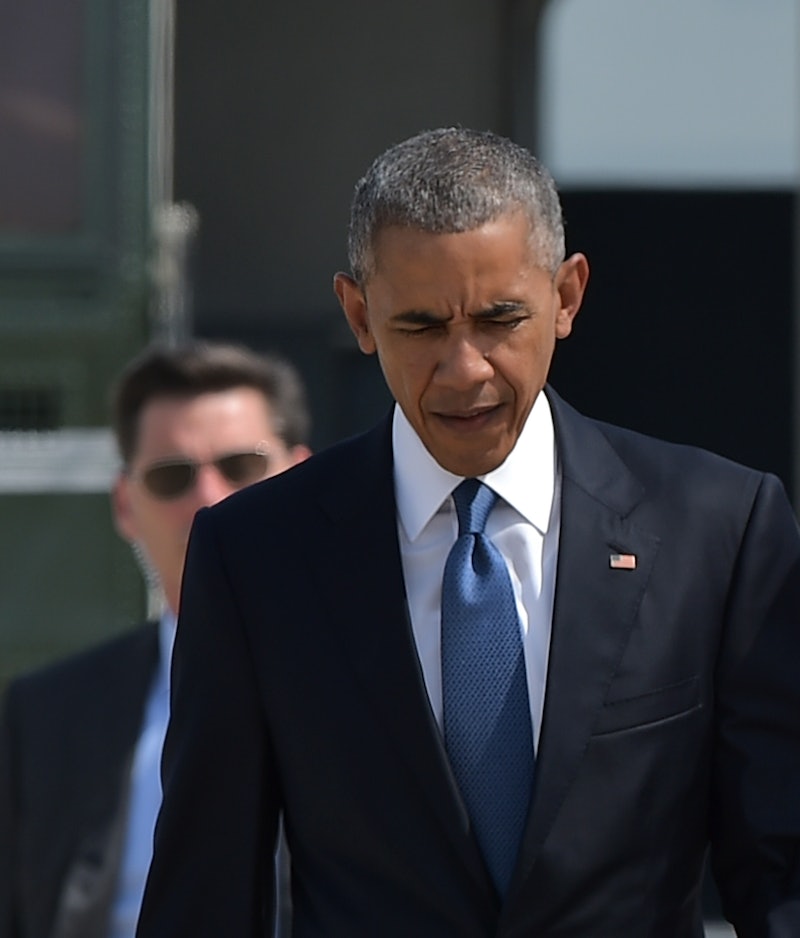 At an interfaith memorial service in Dallas Tuesday, President Obama spoke to a deeply divided nation, hoping to offer solace and guidance to the country. His speech comes a week after a sniper killed five Dallas police officers, seemingly in response to two high-profile killings of African American men by police. The Dallas attack occurred at a public protest over those two killings, subsequently plunging the nation into further debate over race, police violence, and gun rights. More demonstrations have since taken place, with hundreds of Black Lives Matter protesters arrested just this past weekend.

Accompanied by Vice President Joe Biden and former President George W. Bush, this marks the 11th time President Obama has personally visited a community following a mass shooting, and it will be the 15th time he has made remarks following such a shooting. Obama was in the middle of a trip through Europe when the Dallas attacks happened, and he subsequently cut his itinerary short to return to the U.S. The president’s task in this speech was daunting, as he hoped to provide solace both to African Americans outraged by police violence and to law enforcement around the country.

Scripture tells us that in our sufferings, there is glory. Because we know that suffering produces perseverance. Perserverance, character. And character, hope. Sometimes the truths of these words are hard to see. Right now, those words test us, because the people of Dallas, people across the country are suffering.

We are here to honor the memory and mourn the loss of five fellow Americans. To grieve with their loved ones, to support this community, to pray for the wounded, and to try and find some meaning amidst our sorrow.

For the men and women who protect and serve the people of Dallas, last Thursday began like any other day. Like most Americans, each day you get up, probably have too quick a breakfast, kiss your family goodbye, and you head to work. But your work, and the work of police officers across the country, is like no other. But the moment you put on that uniform, you have answered a call that at any moment, even in the briefest interaction, may put your life in harm’s way.