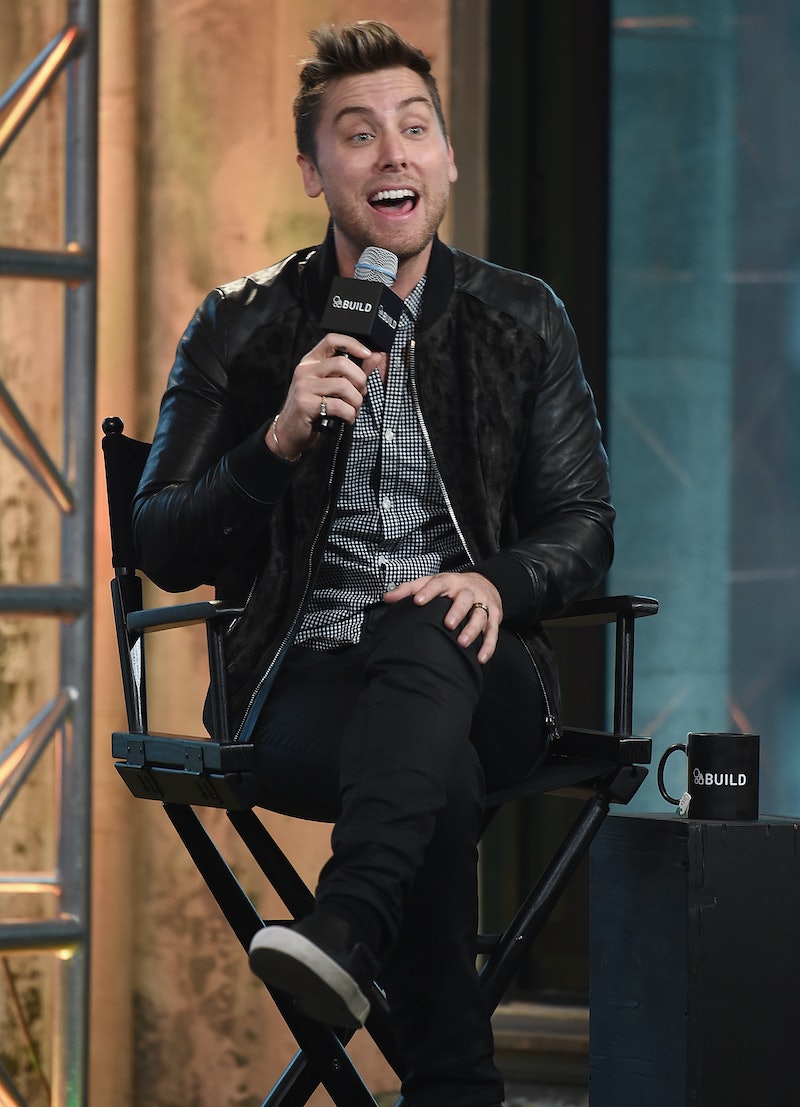 You know how sometimes you're watching The Bachelor or Bachelorette and you wonder, "How many more times am I going to watch essentially the same straight couple get engaged on TV?" Well, wonder no more! The lack of diversity in reality television isn't ending altogether, but Logo green lighting Finding Prince Charming is a start. The Bachelor-esque dating show will feature 13 "handsome suitors" living under one LA roof, vying for "the heart of a hunky Romeo," according to Logo. And the best part? Your new reality-show obsession will be hosted by none other than *NSYNC's gay heartthrob, Lance Bass.

Bachelor and Bachelorette viewers will absolutely love the show, which will give fans another excuse to "get your cheese platters and grab some wine," as Bass suggests in his latest Instagram. In 2015, ABC's demographics showed the main group that watched the season finale of the Bachelor were between ages 18 to 49, which includes the group that grew up with *NSYNC and all those dreamy '90s boy bands. With that said, why wouldn't you watch a show with the triumphant return of the first blond-haired, blue-eyed boy to steal your heart?

Logo, home to shows like RuPaul's Drag Race and Gay Skit Happens, showcases mostly LGBTQ-focused television, making Finding Prince Charming not necessarily groundbreaking for the network, but certainly groundbreaking compared to the hetero-focused dating reality shows of the past decade or so. While no details on the contestants or our bachelor have surfaced, we can assume that a gaggle of good looking men are coming our way — something else Bachelorette fans will definitely connect with.

This show also brings with it the possibility for more drama. While there is bickering and sometimes violent encounters between the women on the Bachelor and the men on the Bachelorette, can you imagine the new kind of TV drama viewers will get with contestants possibly falling in love with other contestants? The heartbreak is going to be too much, and honestly, how could you not watch it?

According to New York Magazine, this actually isn't the first gay reality-dating show. In 2003, Bravo attempted a Bachelor- and Finding Prince Charming-like dating show called Boy Meets Boy that lasted six episodes and was never renewed. Whether America was still too immature to handle the men kissing on reality TV, now is the time to get over it. Finding Prince Charming premieres on Logo this fall.