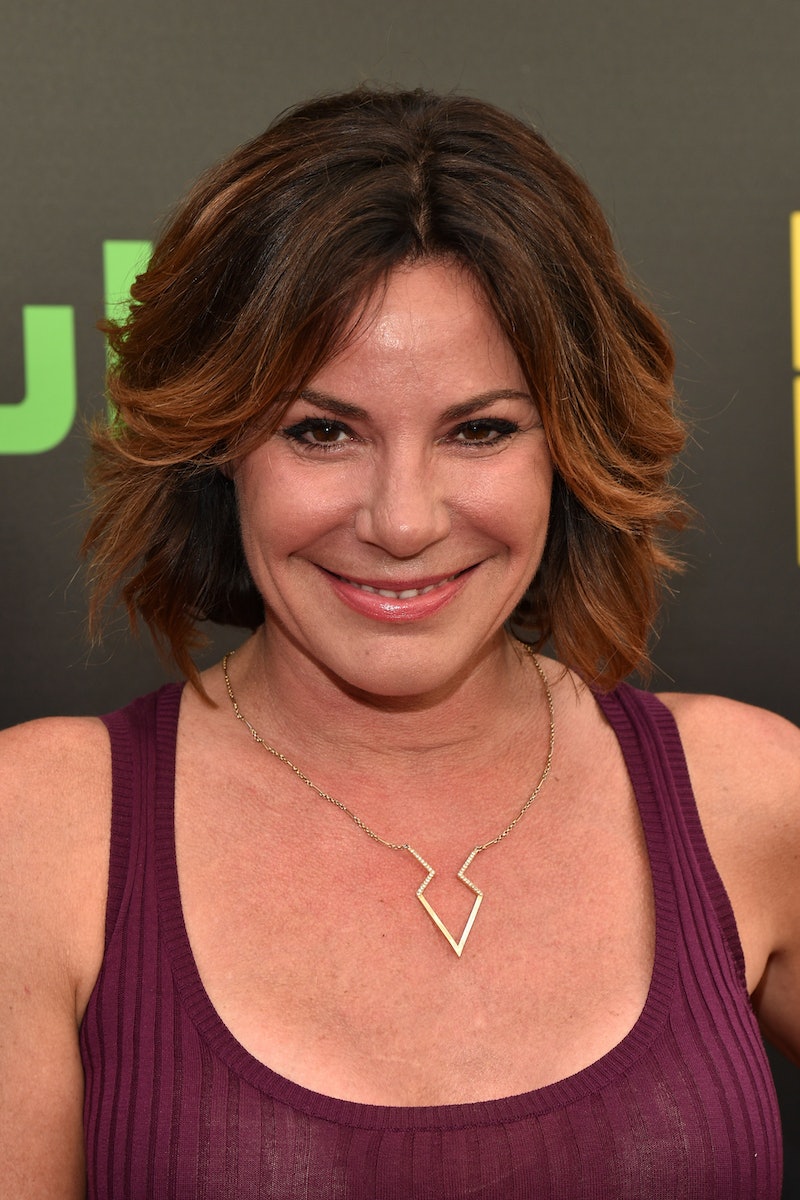 When Luann de Lesseps isn't talking about her happiness with now fiancé Thomas D'Agostino Jr. every chance she can get on Real Housewives of New York City Season 8, she is trying to move past rumors that her man once dated both Sonja Morgan and Ramona Singer. At Monday's New York City premiere for Season 2 of Difficult People, D'Agostino denied dating both Morgan and Singer to People. He said, "I don't watch the show, but I get different pieces here and there, and a lot of the stuff I have heard? It's so outlandish to me." Basically, The Countess and her soon-to-be husband are on the same page — and they're sticking to it.

As showcased on RHONY, Singer has voiced repeatedly that she dated D'Agostino before de Lesseps. Not to mention, she's even claimed that de Lesseps supposedly stole him from her. Well, D'Agostino isn't having any of that. "In terms of Ramona, we never dated," he said. "We went out a couple of times — maybe two or three times to dinner with some friends." He then added, "There was never any chemistry. No interest at all." Granted, Singer partially confirmed D'Agostino's comment when she told E! News in February, "Yes, I did date him, but we just didn't have any chemistry. I do think he's a nice guy."

Like Singer, Morgan has discussed her personal relationship with de Lesseps' fiancé during her private interviews on the Bravo series. However, that all changed in last Tuesday's episode of RHONY, when Morgan claimed she and D'Agostino were "friends with benefits for over 10 years" at a dinner party with her fellow cast members. Granted, she said it was nothing serious, but de Lesseps was still angry at Morgan even bringing it up. She just wants her friends to be happy for her without having to stir the pot.

D'Agostino slammed Morgan's claims and told People, "Sonja, I've known for years. The funny part is, although I've known her for years, we got together once, but she's on this kick that it was more than that." He even said approached Morgan about it all: "I saw her at a party two or three weeks ago, and I said to her, 'Sonja, this is me, what are you talking about?' and she says, 'Oh, I'll have to get my diary, I'll tell you when.'"

At the Difficult People event, People asked Morgan about D'Agostino's denial and she claimed, "We were fun buddies — adults that had a nice understanding — and I just wanted to get that out on the table right away because I knew the girls were gonna tell [LuAnn], it was gonna come out." She added, "He's going to minimize it as much as possible, as all men do. They never tell the truth, guys, they never do."

Seriously, can this really get anymore complicated than it already is? It's clear that the circle of who did and didn't date each other on RHONY will forever continue.