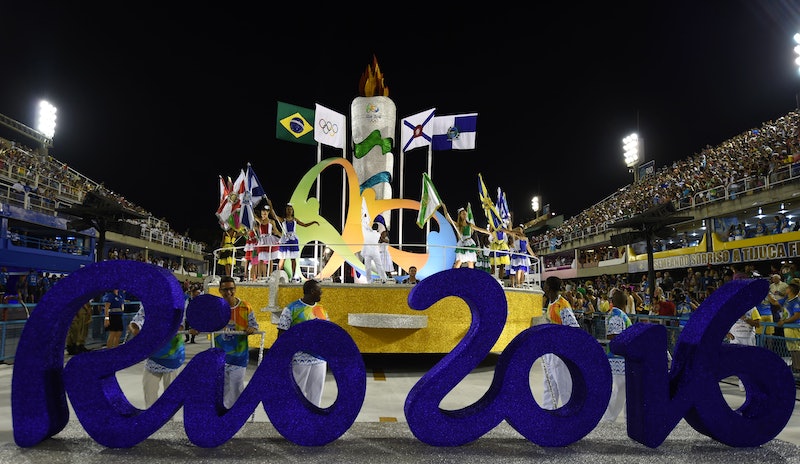 The Olympic games are upon us yet again, and for those who don't necessarily tune in for the sports of it all, the Opening Ceremony is one of the most anticipated aspects of the bi-yearly event. Who will perform at the 2016 Rio Olympic Opening Ceremony? The list of stars who will appear to represent Brazil has yet to be released, so let's speculate! Brazil is noted for its artists and the Olympics will be broadcast in virtual reality this year, so you definitely won't want to miss a thing.

The official Rio Olympics theme song, which you should definitely jam to before the games begin, is performed by Thiaquinho and Projota, two Brazilian artists. Hopefully, they will perform the song live at the opening ceremony. They could call on another up and coming/current Brazilian artist or musical act. On the other hand, notable musicians from Brazil such Caetano Veloso and Gilberto Gil are such cultural icons and veterans that they are bound to be involved in some way.

Ultimately and honestly, it's difficult to guess who will perform at the opening ceremony. Sometimes, like the Spice Girls reunion at the 2012 Olympics in London, big musical performances are saved for the Closing Ceremony when everyone just wants to relax. Remember when China just brought out a tiny child in 2008? Here are some notable performances and performers from the last 20 years of Olympic Opening Ceremonies to get you pumped and get you thinking about what's to come in Rio.

At the Salt Lake City Olympics, everything that represents 2002 was captured pretty perfectly with this performance.

I remember the 1996 Atlanta Olympics, and yet I cannot recall why noted Canadian sang at the Opening Ceremony. That definitely opens up the possibility for Brazil.

Then, in Athens for the 2004 Summer Olympics, the Icelandic singer-songwriter performed and covered all the athletes with her dress. What can I say? Some countries are more lax than others.

For the Torino games in 2006, naturally, and the opera star's last public performance before his death.

A true Australian icon for the Sydney games in 2000.

Surely, you remember this from 2012 in London, at the very end of one of my favorite Opening Ceremonies of all time. Every country does this ceremony differently — that's the beauty of the Olympics. I like that the Rio Opening Ceremony is a mystery at the moment, that will make the wonder of a new celebration even more exciting to watch.