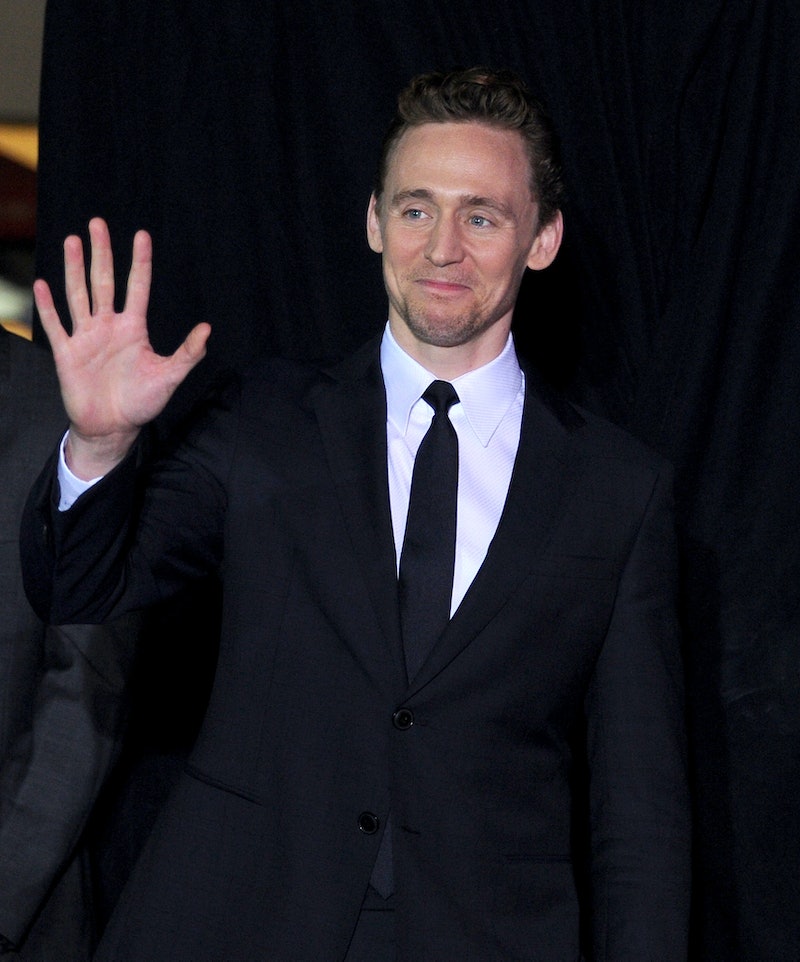 If you're a big believer in the so-called love between Taylor Swift and Tom Hiddleston, then read no further. Your hopes for the couple may be dashed upon hearing this one Hiddleswift theory that will convince you they're fake-dating. There is still speculation over whether or not the singer and actor are an actual couple. Is it all a publicity stunt? Are they really in love? Are they hanging out as some type of grand scheme that may or may not have to do with an upcoming Swift music video? Well, the music video theory is looking more promising by the minute thanks to an in-depth post published Tuesday, July 12 by BuzzFeed.

Bustle has reached out to Swift's rep regarding the idea that the relationship is related to her work, but did not receive a response. When news of Hiddleston and Swift reportedly dating broke, Bustle asked the actor's rep for comment, who responded that they do not comment on their client's personal life.

Before I get to the latest theory, let's talk about a previous one. Some fans believe that Hiddleswift is shooting a music video. For real, there are some fans who are truly convinced Hiddleston and Swift are galavanting around the world, acting like they're head over in heels in love (after only three weeks), and causing a stir across social media for the creation of a music video or a series of videos. The two may or may not be putting their personal lives on display as a piece of performance art that will be used to comment on the media obsession with Swift's relationships.

I know, it all sounds like a stretch. Would two hugely popular, successful, and busy celebrities really take the time to do this? It kind of seems extreme, right? So, there's just no way Hiddleston and Swift are faking everyone out. Well, I'm not really sure what to believe after reading BuzzFeed's July 12 post analyzing the music video theory. Admittedly, I'm personally pretty much convinced they aren't dating and pulling the biggest "gotcha" moment on the public ever.

According to BuzzFeed's research, it seems like Hiddleswift is recreating moments from her dating history. Swift has even been photographed wearing similar outfits that she wore with some of her former flames. For example, if you note below, while in Rome with Hiddleston, Swift wore a yellow dress that is eerily similar to the one she wore while dating Conor Kennedy.

What about Swift and Hiddleston walking around the English countryside in outfits and in a manner that resemble when she dated Harry Styles? Their outfits also have a familiar color scheme, if I do say so myself. By the way, note the hand placement. Hmm...

It could all be a coincidence, but with so many identical moments and outfits similar to her past relationships, it seems more and more legit that Hiddleswift is faking everyone out for the sake of a music video.

If you're not yet convinced, be sure to read BuzzFeed's entire post, because it's definitely intriguing — and just might blow your mind.