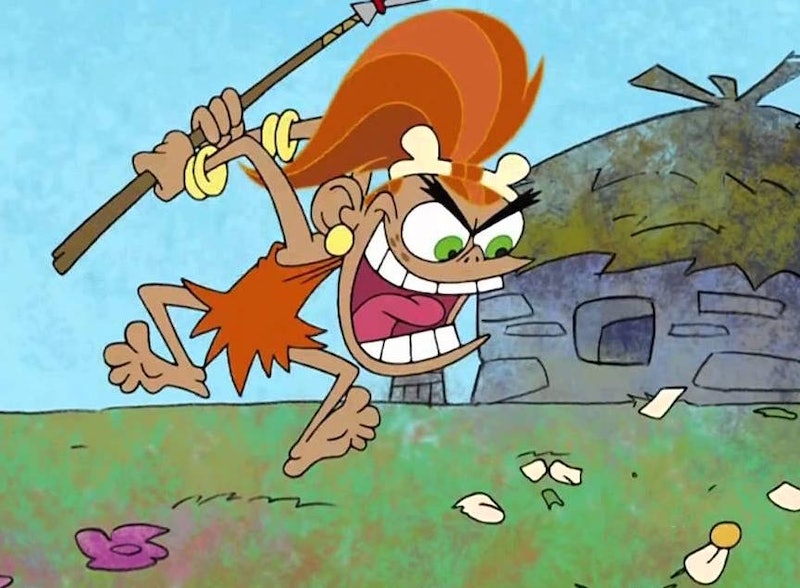 Disney Channel is home of the epic original movie, but, sadly, the network’s iconic TV shows are often overlooked. I’m not talking about the classics — Lizzie McGuire, Smart Guy, That’s So Raven, and such. I’m talking deep in the archives. You may have forgotten about them now, but a lot of these forgotten Disney Channel shows were after school delights which helped expand our minds and groom us into the contributing and upright citizens we are today. Long before there was American Horror Story, there was So Weird; before Survivor was Bug Juice. True innovation and television brilliance, if you ask me.

I don’t know if it was the catchy theme songs (you’re welcome in advance), the bootleg special effects, or the cheesy screenplay, but something about looking back on these shows give me nostalgic tingles like no other. Whether you were into animated shows like Recess or American Dragon: Jake Long or were way too mature for that nonsense and enjoyed eyebrow programming like In a Heartbeat, Disney had something for every kid who wanted to escape reality when middle school just got way too real. Take a look at these Disney shows you definitely forgot about, and, in the meantime, I’ll try to forgive you.

Bug Juice was a national treasure of reality TV. The show documented the summer camp experience of 20 lucky kids and paved the way for The Real World, in my humble opinion. The theme song stands the test of time, and no one can deny they were beyond envious of these kids, their counselors, and their super cool summer activities. Some blessed soul on the Internet made a "Where Are They Now" video from the cast of Season 1 to R. Kelly's "I Believe I Can Fly." Thank god.

This animated delight chronicled the life of Jake Long, your totally average New York City Chinese-American teenager who also has the ability to turn into a dragon. Jake has to figure out how to balance his superhero life with normal kid life, and it can get complicated. I'm talking Hannah Montana complicated. Classic teens, am I right?

This story is about Fiona, a young girl who relentlessly tracks down paranormal activity (UFOs, ghosts, etc.) while traveling with her rockstar mom through the country. Could they be any cooler? Probably not, and I fully believe she made me who I am today. The cast was on point (Hi, Erik von Detten), and things reached the perfect amount of weird.

A group of elementary school kids took recess to another level and were pretty badass if I say so myself. They basically told teachers to suck it and did what they wanted like create crazy concotions and rule those playgrounds like there was no tomorrow. I definitely lived on the edge a little more during school breaks thanks to them.

In this series, a magical jersey has the power to transport anyone who wore it into a sporting event as a main player. The kids who wear the jersey were only returned to normal life once they contributed to the game thus learning about teamwork or whatever.

Todd and Riley are sad orphans who savagely answered a magazine ad for two "cool" new parents, giving them a "superstar" mom and "daredevil" dad. Then, every time they encountered an adult they weren't fond of, they called up the company to replace them with cooler adults. Cutthroat.

Oh, to be 5 years old again. It may not be that appealing to us, but it sure was to middle school BFFs and neighbors Tucker and Becca. In the show, they narrate the trials and tribulations of school life while reflecting on how much better and simpler life was when they were younger. The struggle is real.

This show followed four high school students and total bosses who were part-time EMTs. The drama, inspired by real medical squads, followed the journeys these kids endured while balancing the stress of saving lives with everyday teen life. I feel lazy.

Sometime in the Middle Ages, Dave (a large but cowardly barbarian) protects his kingdom with his family, including his parents, who are king and queen. Dave could kill the average person in one punch with the size of his muscles, but he's also afraid of an ant. The rest of his family members are a bunch of hot messes, but their people depend on them to keep things safe. Mindless entertainment at its finest.

This live-action version of Alice in Wonderland included the crazy adventures and top-of-the-line CGI effects you'd expect in the early '90s. From watching the show open alone, I assume the drugs these creators were on were truly special.

A game show from deep in the vault, Mad Libs brought a highly underrated pastime to life. Two teams of kids competed in mental and physical challenges for prizes like trips to Disney World. While it was no Double Dare, it was still highly entertaining. And enlightening.

22nd century man Phil is stuck in our time era with his family thanks to their time machine, which totally effed up when they left for vacation. In the show, Phil and the rest of the Diffy family have to act totally normal around the 21st century peasants and navigate through school and home life without blowing their cover. It gets real.

If you aren't already internally crying from this explosion of nostalgia goodness, this little video is a surefire way to put you over the edge: