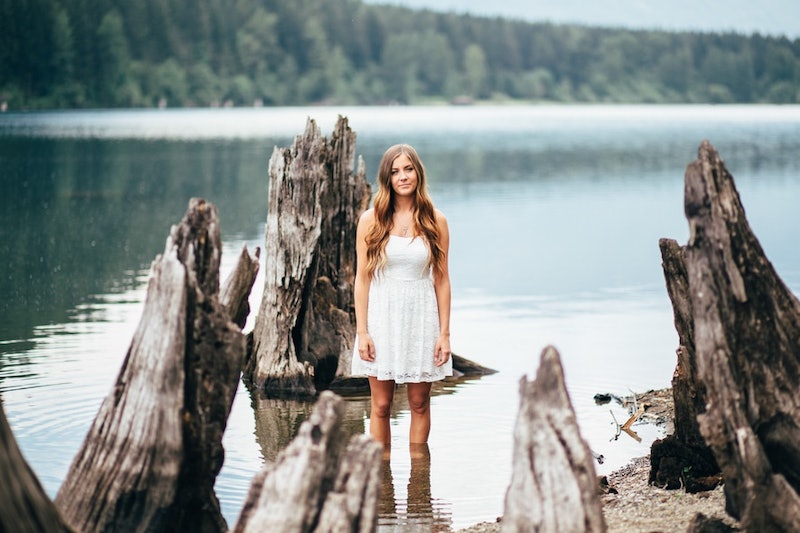 There are several staples of adulthood. Paying your own bills. Making yourself shower. Trying not to have wine for dinner every night. And handling your breakups like a grownup. I'm not talking about getting dumped. All bets are off when it comes to ugly crying into your super large pizza. I'm talking about when it's your turn to end the relationship. That's the true test of your adulting skills.

When I first starting working as a Domestic Violence Victim Advocate and Planned Parenthood Certified Responsible Sexuality Educator, ghosting wasn't a thing. Actually, texting wasn't even really a thing. At least, not as much as it is today (#olding). Now technology has enabled people to be cruel to each other in ways we couldn't imagine back in my day (you kids get off my lawn!).

Ready to start taking responsibility for yourself when relationships end, too? Well lucky for you, I have a giant list of ways to dump someone like a grownup. Because while drama is sometimes inevitable, it doesn't have to happen because you went out and started it. You can do you with a clear conscience and sleep like a champ every single night. And we all know that good sleep is like the true holy grail of adulthood. Am I right?

There's one time it's OK to ghost someone in my book, and that's if they're abusive. Then, by all means, do whatever it takes to get away. Otherwise, put on your grownup panties and do the right thing. Talk to the person. Tell them it's over. You don't have to drag it out or anything, but you need to end things in a real, concrete, official way. It's a hard life, I know, but doing the right thing is, well, the right thing.

2. Use Your Face-To-Face Communication Tools

I'm not talking about FaceTime, either. I'm talking about your actual face. If you're a person who breaks up over text, we can't be friends. It's just lazy and cold and uncool. Again, safety and abuse concerns aside, talk to your soon-to-be-ex. If you're long distance, at least talk on the phone. The text breakup is basically the adult equivalent of having your mom tell your friend she hurt your feelings. You're grown. Don't avoid the hard stuff of life.

There are some things you should absolutely drag out. Good dates. Bestie shopping trips.The high note at the end of your jam. Not breakups, tho. Those you should never drag out. All that avoiding and awkward texting and cringing when they like your Tweets... gross. I know it's hard, and I know no one wants to hurt someone else or basically invite crappy times into their lives, but you have to cut the cord. Better to rip it off like a Band-Aid than let it fester. It's better for everyone.

4. Set Up Some Boundaries

What's more grown up than using your communication skills to set up some boundaries? Not much. Maybe putting money into your 401K or something. Buying loafers? I don't know. My point is, when you're there, face to face, you can calmly tell your new ex that you think it would be better if you didn't talk for a while, or if you weren't friends on social media. Whatever makes you feel comfortable. Boundaries protect you and let others know how you want to be treated and what you need. They don't get enough play.

When you break up with someone, they're probably going to ask you why. Cringe. I know. You can talk about that, but don't drag it out. It's better to be more like "I'm just not feeling it. It's not that there's anything wrong with you, it's just not what I want right now." It's not the time to say things like "well, on December second, you drank milk out of the carton, and that was gross, oh, and by the way, most of my orgasms were fake." Your partner wanting to hash things out is just a way to get more of your time, and it usually leads to drama. Be classy-ish and take the highest road you can.

6. Be Strong And Firm

One of the worst parts of counseling couples was when one partner was trying to break up and the other was begging and pleading and crying and making huge promises to get the other one to stay. What's worse? That sometimes it worked (but they always just broke up a few months later anyway)! Heartbreaking! Don't do it! Shut it down. No one should be with someone who is only there because they were begged. Just say something like "I understand you're upset, but I meant what I said, it's over." Then go home. Without your ex.

You know, a lot of people think it's nice and helpful to drop by or text to check in on their new ex. It might make you feel like you're doing the right thing, but most of the time, it's just a bad idea. It's too fresh. You both need separation in order move past it. This goes for when your ex wants to text you or hang out. You can be friends, just not in the weeks immediately following a breakup. Maybe not even in the months/years. If you're both not truly over your love for each other, all you're doing with that friendship nonsense is picking at scabs every time they start to heal.

8. Give Them Their Stuff Back

Heartbroken people often do petty things, like angry text you at 1 a.m. demanding their gloves out of your trunk. Whatever the case is, don't be petty. If it's their stuff, just box it all up and give it back. Be done with it all at once, and don't entertain a countless number of "do you have my..." texts. They're just grasping at straws to get your attention.

9. Don't Burn Anything Down

If you got cheated on or lied to or manipulated, you might want to do some harm. I feel you. I've been there. But burning down the house will only feel good for a second. Then it will feel like an episode of Orange Is The New Black, because you'll be in jail. Have your say, but after that, be above it, and trust that karma will take care of the rest. Yes, I'm flat-out telling you not to seek revenge. Being a grownup is so boring sometimes.

Look at you, being all mature and classy when it comes to breakups. What's next? Are you going to start washing your dishes every single day? Doing your own taxes? Um, let's not go crazy. There's only room for so much adulting in one life. Plus, Rome wasn't built in a day, and all that.