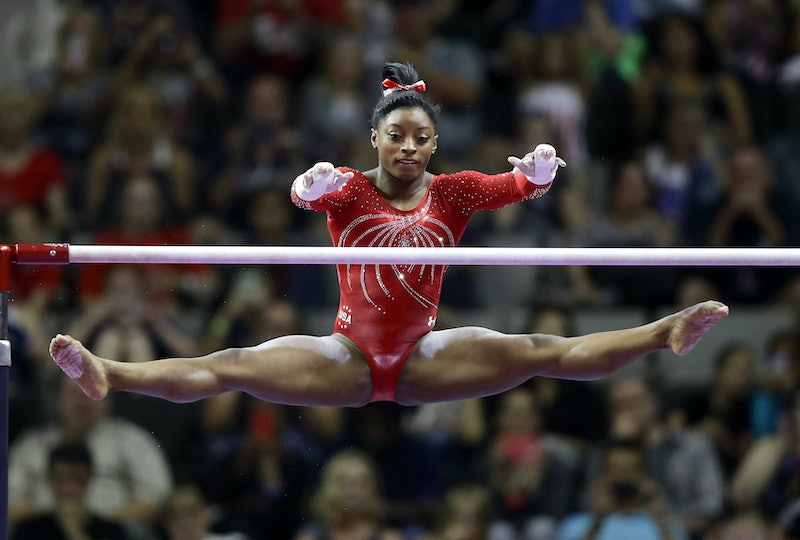 The ladies of this year's U.S. women's gymnastics team range in age from 16 to 22 years old. For the sport of elite gymnastics, young competitors are the norm, particularly among women's teams. Gymnasts often retire young — in their late teens and early 20s — thanks to the intense physical and time commitments that elite competition demands.

The stereotypical female Olympic gymnast is a powerhouse: She's short and toned, and she's young. Take Rio 2016 team member Simone Biles, for instance. She hasn't been to the Olympics, but she's been hailed as the greatest gymnast of all time. She's a few inches shy of five feet tall, and she's just 19 years old, yet many of her predecessors retired even before their own 19th birthdays.

Mary Lou Retton, who won the individual all-around gold at the 1984 Olympics, retired in 1986 at the age of 18. Carly Patterson, who competed in Athens in 2004, was the first American woman to win the all-around gold since Retton's win. Patterson was 16 when she competed at the Olympics and 18 years old when she retired from the sport because of back problems. Jordyn Wieber, who competed in the 2012 Olympics, announced her retirement in 2015 at the age of 19. The laundry list of young retirees could go on and on.

The early retirements make sense when you consider the physical realities for many elite gymnasts. As much as young competitors are the norm, so, too, are surgeries and injuries. Patterson has said that several disks in her back were close to herniating when doctors recommended that she retire shortly after her Olympic appearance. Wieber competed at the London Olympics with a stress fracture in one of her legs. In 2012, Olympian Shawn Johnson cited a knee injury when she announced her own retirement. "My body is to the point where I need time to rest and retire so I can be healthy for the rest of my life," she said at the time. That's a common sentiment expressed by many Olympic-level gymnasts.

Not all gymnasts retire young, though. At the age of 40, Oksana Chusovitina of Uzbekistan will be the oldest female gymnast at the summer Olympic Games in Rio. It will be her seventh Olympic appearance. In fact, she competed in her first Olympics back in 1992, before any member of this year's U.S. women's team was even born.

At 22 years old, Aly Raisman is the oldest member of this year's American team. Rio will mark her second Olympic appearance. She's old by the team's and the sport's standards, yet she may just lead the U.S. tribe to another team gold.

More like this
The 2023 Super Bowl Commercials Feature A 'Breaking Bad' Reunion & Missy Elliott
By Alyssa Lapid
11 Super Bowl Instagram Captions To Use On Game Day — Even If You Don’t Like Sports
By Alexis Morillo
Twitter Is Shook As Tom Brady Holds Back Tears Announcing His 2nd Retirement
By Marina Watts
All The Ways You Can Watch The Super Bowl In The UK
By Asyia Iftikhar and Darshita Goyal
Get Even More From Bustle — Sign Up For The Newsletter
From hair trends to relationship advice, our daily newsletter has everything you need to sound like a person who’s on TikTok, even if you aren’t.