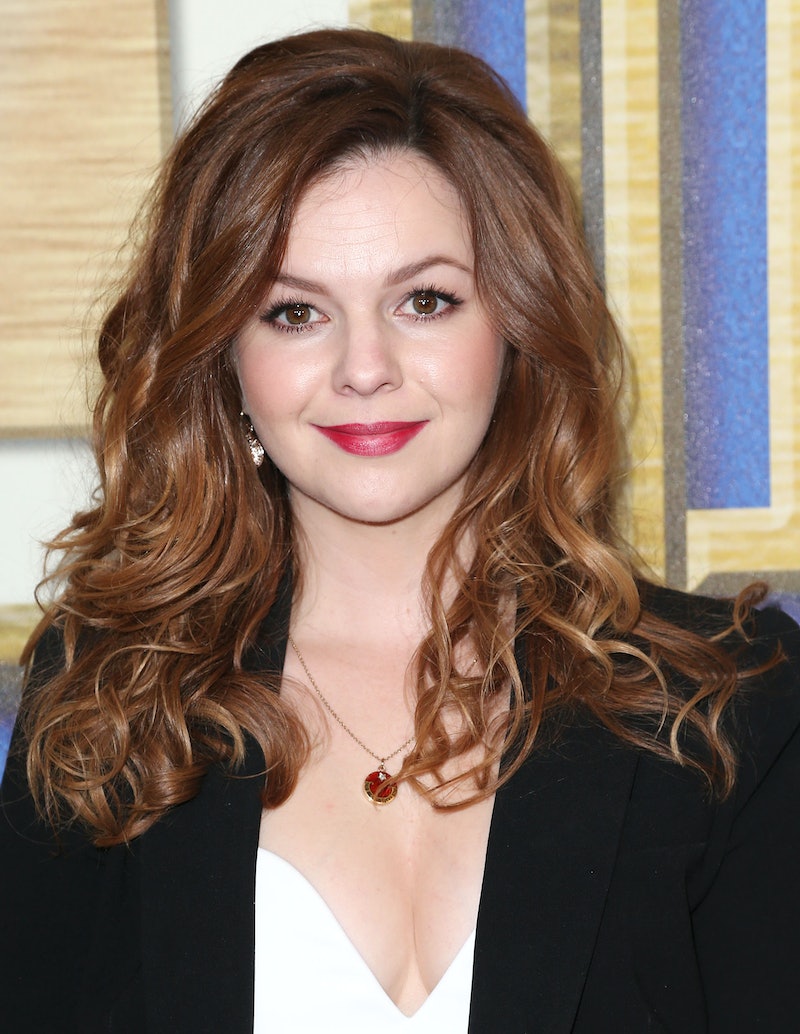 Did you even know she was poet? Two and Half Men actress and former Joan of Arcadia star Amber Tamblyn just signed to release a book of poems… about dead actresses. At first, the news ignites the thought of, that sounds odd and morbid, but when you think about it… it's a noteworthy topic.

The book, which will be titled Dark Sparkler (alluding, perhaps, to the darkly tragic descents of these otherwise effervescent women), will feature art work commissioned by her father Russ Tamblyn, Marilyn Manson, David Lynch, and others. It will be published by Harper Perennial, and there's no word yet on release date.

This is not Tamblyn's first venture into the world of poetry; she is the author of the anthologies Bang, Ditto and Free Stallion. She self published two collections of art poetry, Off The Dawn and Plenty of Ships. She's a frequenter of poetry readings, and her poetry actually appears all over the Internet. She's fully immersed in the art scene, so it will be interesting to see her take on women in her field in her artistic, poetic voice.

There's an odd romanticization about beautiful, talented young women leaving the planet too soon. Think about actresses who left us too early, talented and beautiful women such as Brittany Murphy, Marilyn Monroe, Frances Farmer, and Sharon Tate. There are some in the book who you might even know about — like Heather O'Rourke of The Poltergeist and Family Affair's Anissa Jones. There's a strange fascination with what provoked the death, what they could have been, and how they live in our memories just as beautiful, young, and ultimately tragic — because we never had the opportunity to know anything else. We will never know what else Murphy was capable of, or what Monroe would have looked like as she aged into her seventies. Each poem could potentially be (and this is speculating) a document of what these women could have been. It's morbid, sure, but covers a territory that surely other women have thought about.

More like this
Jennette McCurdy’s First Kiss On 'iCarly' Didn’t Go As Planned
By Bustle Editors
10 Must-Read New Books Out This Week
By K.W. Colyard
Woodstock Co-Founder Michael Lang Faced Several Lawsuits After The 1999 Festival
By Brad Witter
The Most Anticipated Books Of August 2022
By K.W. Colyard
Get Even More From Bustle — Sign Up For The Newsletter