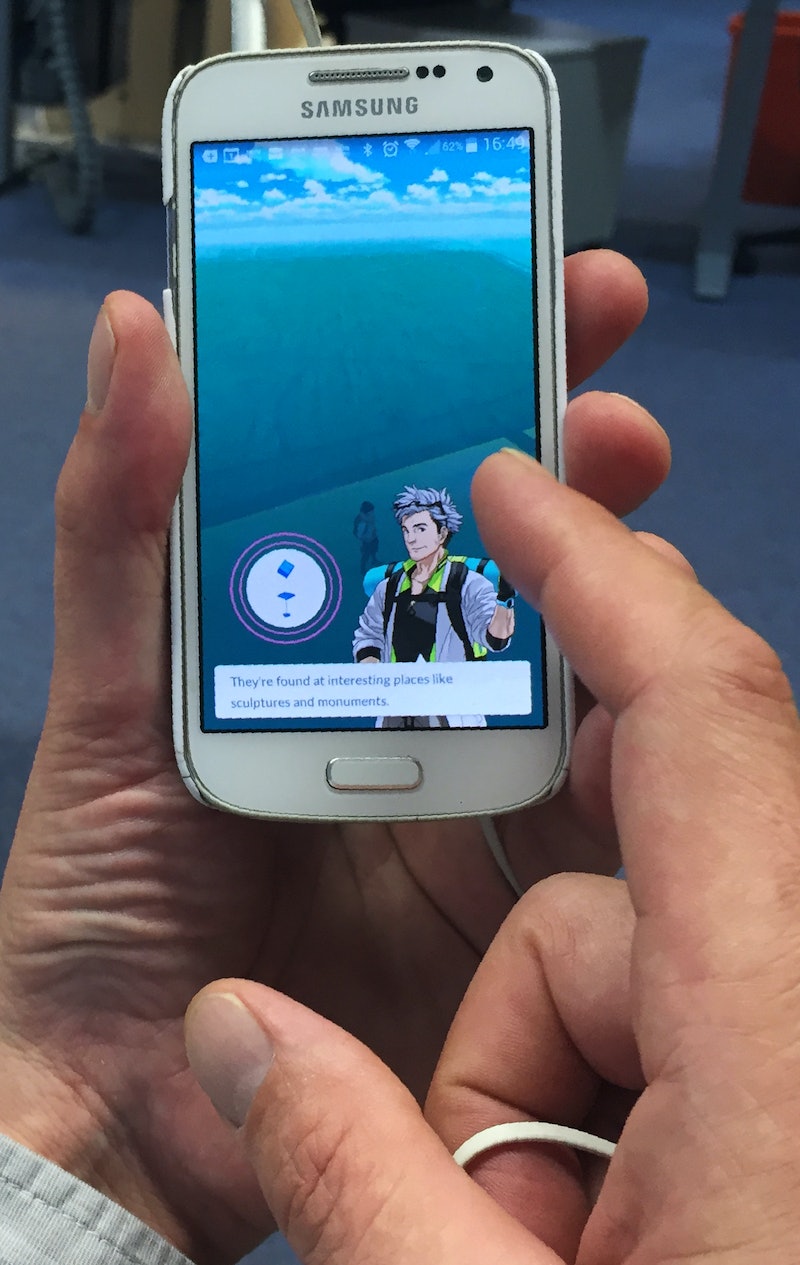 If you, like pretty much everybody I know, are super into the augmented reality game "Pokemon Go," you might be wondering: How do I increase CP in "Pokemon Go"? Now, if you aren't already a "Pokemon Go" fanatic, you may be also be wondering what the heck CP is, anyway, so let's start there: "CP" stands for "Combat Power," and it's one of the most important stats in the game. As is the case with so many things, the higher the CP, the better — so let's take a look at how you can raise it.

While I think the point of any game is to ultimately have fun, if you want to be a competitive player in "Pokemon Go," a thorough understanding of CP is crucial to winning battles and strengthening your team. Here's a quick rundown: Once you log into the game, you can discover the Combat Power of any of your Pokemon by simply pulling up your inventory. You can even sort your Pokemon by the number of CP each one has, making it super easy to see how they stack up against one another. The higher the CP, the stronger your Pokemon will be — which means that it's much more likely to be successful in battles if you either want to claim a gym or defend one.

While there is a maximum every Pokemon can hit in terms of CP, you can do a lot to boost the number between when you catch your Pokemon and when it hits that cap. You can increase your Pokemon's CP in one of two main ways, which I've broken down below.

1. Combine Stardust and Candy To Power Up

You can find Stardust in "Pokemon Go" by capturing any Pokemon; you also get more when your Trainer level increases. The sole purpose of Stardust is to increase your Pokemon's CP — and the nice thing about it is that it is universal, so you can use it on any breed of Pokemon you have at the time. However, candy is breed-specific, so unlike Stardust, you can't use it on just any Pokemon at a given time. That's why it's so important to keep catching duplicate Pokemon; you can trade them in with Professor Willow to get candy, which will in turn give you what you need to power up or evolve your Pokemon (more on evolution soon).

So: How do you power up your Pokemon? As Apple-focused tech site iMore explains, "To improve your Pokemon's CP, you'll typically need one piece of candy and 200 to 800 bits of Stardust; this usually results in a 20 to 80 point CP jump for your critter." Once you have the requisite items, bring up your Pokemon's stat screen and tap "Power Up."

2. Use Candy To Evolve

Another way to increase your CP is to evolve your Pokemon, which uses only candy; depending on what evolutionary stage your Pokemon is in, though, bumping it up to the next stage might take a good deal of candy indeed. But, as the "Pokemon Go" support site states, "Evolved Pokemon generally have a higher CP and HP [hit points], making them a valuable addition to your collection," so it's worth doing. Once you have enough of one species' candy to evolve on, bring up that Pokemon's stat screen and tap "Evolve."

Good luck out there, Pokemon trainers, and don't forget to have some fun while you're at it!

More like this
When Did Tamagotchi Come Out? In The U.S., 25 Years Ago
By Kaitlyn Wylde
Hayden Panettiere Will Return For 'Scream 6': "We F*cking Won, Scream Fam"
By Jack Irvin and Jake Viswanath
David Schwimmer Doesn't Remember This Classic 'Friends' Episode
By Sam Ramsden
5 Mini Skirt Outfits To Wear, Inspired By These Brave Souls
By Avery Matera
Get Even More From Bustle — Sign Up For The Newsletter