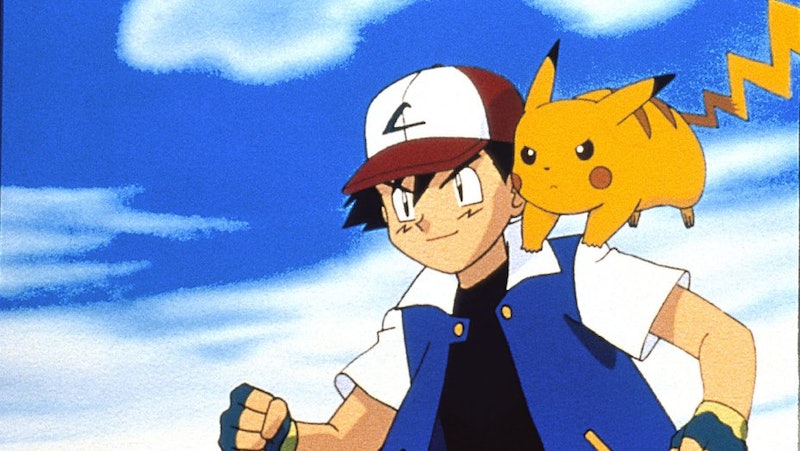 If you're a newbie to the world of "Pokemon Go," the augmented reality mobile game where users can live the dream by "catching" Pokemon in real life, you might be wondering: What is a "Pokemon Go" gym, anyway? Luckily for us, the "Pokemon Go" app is pretty straightforward, at least when you get started. You can download the app for free for either iOs or Android (though it's worth noting that you can also in-app purchases to boost your game). Once your app is downloaded, your phone uses its GPS capabilities to present you with a map of your actual surroundings in the real world, where you can catch Pokemon in the wild, meet other Pokemon trainers, and, yes, even battle Pokemon. And that, my friends, is where "Pokemon Go" gyms come into play.

Not unlike in the original game series, Pokemon gyms are places you can go to battle and train your Pokemon. Once you've reached a high enough level (five, for the curious), you'll be able to join one. To find a "Pokemon Go" gym, just boot up the app and look at your homescreen. The GPS finds your location, and if there are gyms nearby, you'll be able to see them, as well as gather information about where they are, exactly, how far away you are from them, and so on and so forth. Often, Pokemon Go gyms are located near popular places or spots with a lot of activity, but it of course varies based on where you specifically are. On the map, a gym will look like big tower; if it's been claimed, it will be topped by the symbol belonging to the team that controls it. You can see one in the distance here:

When you go to a "Pokemon Go" gym, you first have to physically move to that location in the real world. From there, you simply "enter" the gym on your app, where you can train and battle with other teams. As I previously noted, you have to be a level five or higher in order to play at a "Pokemon Go" gym, you do have to be a level five or above in the game, but given how much time so many people are spending playing it, it probably won't take too long to meet the mark.

One of the key elements of battling at a "Pokemon Go" gym has to do with attempting to stake a claim on it for your team. If a gym is already claimed, you can win it for your own team, but it takes some time. Basically, you have to get the rival team's "prestige points" — which are won through battling — down to zero in order to claim the gym for yourself. However, the more you battle there, the more points you can win for your team, even if you don't end up getting control of the entire gym.

Prestige points, by the way, are incredibly important. As Forbes notes, they "affect how many Pokemon can be stationed at a given gym, which makes the gym harder to capture." If you raise the gym's level, you can leave a Pokemon at it to help defend it; you can only leave one Pokemon per gym, but you'll collect daily bonuses like coins and Pokeballs for every Pokemon you have stationed at a gym (snag these by going to the "shop" page). If your Pokemon is defeated defending the gym from a rival trying to take control of it, your Pokemon will be returned to you.

Of course, the overall goal of battling in "Pokemon Go" gyms is to defeat your opponent by making their character "faint" aka attacking it until its health level reaches zero in the game. Though if you ask me, the overall point of going to Pokemon Go gyms is to have fun and meet fellow Pokemon fans, but hey — a little competition never hurt anybody.