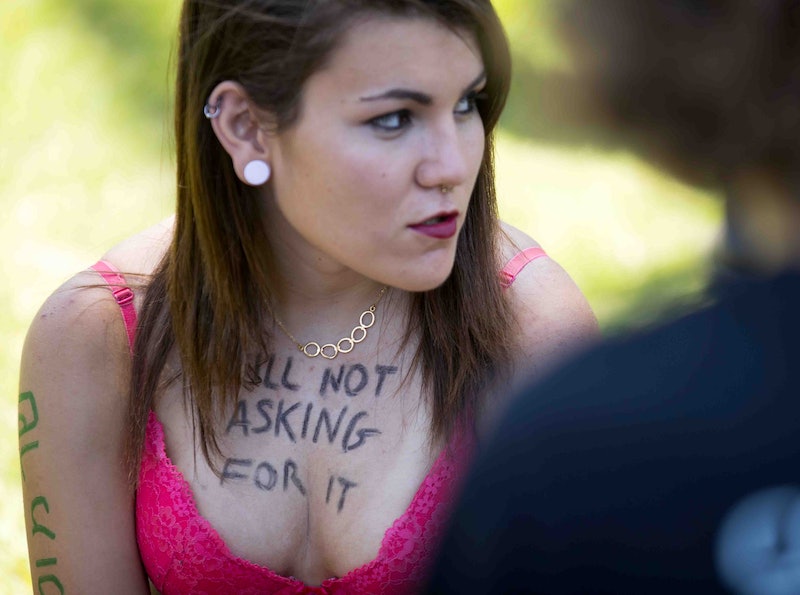 Victim blaming is a common, if confusing and problematic, thing in our society. But where does the impulse to blame the victim come from? There have been a lot of theories in the past, but recent research suggests that at least part of the underlying reasons people victim blame are the different values they hold.

Even after controlling for other variables, including political affiliation and demographic factors, researchers found that there is a strong correlation between the types of values a person has and the way that they assign blame. People who tend to hold what are called "individualizing values" — values that emphasize the reduction of harm and the importance of compassion — assign blame to the perpetrators. On the other hand, people who tend to hold "binding values" — which prioritize things like purity, loyalty, and obedience — tend to assign blame to victims. Those who hold binding values were also less likely to see victims as injured by whatever crimes were committed against them in the scenarios.

On their own, binding values are not an inherently bad thing — in fact, they're called "binding values" because they're the sorts of things that bind society together. After all, without an emphasis on following societal norms or being loyal to one another, society would collapse. However, as one the researchers in the study, Laura Niemi, explained, binding values can "spiral" and lead to disregarding the feelings of a victim.

In a lot of ways this makes sense in terms of why people victim blame, though it's far from the only compelling possibility. Other research has suggested that people who subscribe more strongly to the "just world" fallacy, for instance, are more likely to victim blame. Though, it's possible people who believe in a "just world" might overlap significantly with people who adhere more strongly to binding values. More research would be required to make such a determination, but I'd be interested to see whether there's any correlation there.

People have also theorized that victim blaming members of your own oppressed group — such as when women say that another woman's sexual assault was her own fault — might be a means of self-preservation. If you're at a greater risk for a particular crime, it's comforting to think that said crime happens to people who make mistakes or do something wrong, because that way you have some control over whether or not it happens to you.

In all likelihood, a lot of these factors may contribute to victim blaming, and potentially more that haven't even been identified yet. Hopefully, though, understanding these underlying causes will help ensure that we can reduce victim blaming in our society — because it's pretty clear that we need to.