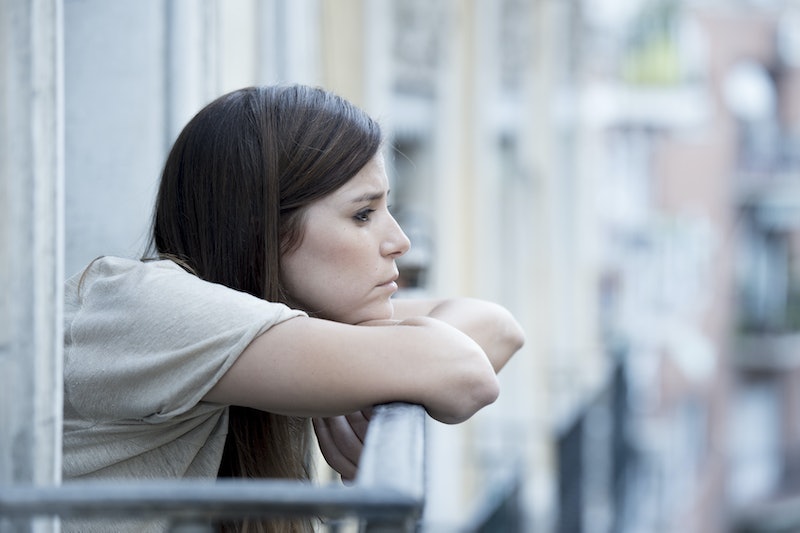 When we hear the phrase "victim-blaming," it's usually in the context of blaming sexual assault survivors. But it also shows up in many other conversations we have. The are a ton of victim-blaming comments that we may consider valid criticisms of others' behavior, but which actually put undue responsibility on them.

Sometimes, like when someone is the victim of a crime, we victim-blame them because we'd like to believe that what happened was preventable. We tell people they wouldn't have been attacked on the street if they weren't walking alone, even if we'd never criticize them for walking alone otherwise, as if the attack were inevitable. It's easy to see things as inevitable in hindsight by scrutinizing the victim's behavior, but the reality is that their behavior was probably no different from our own and the same thing could happen to us.

Other times, we blame victims of more abstract problems, like sexism, because we want to think solving these problems is as simple as getting individuals to behave differently. For this reason, victim-blaming can show up even in feminist circles. But unfortunately, our own actions can only have so much impact in a system rigged against us, so it's far more productive to criticize larger societal forces.

Despite what these victim-blaming comments might have us believe, though, the bottom line is that the victim is not to blame. The perpetrator of the crime is. And they're the only one who should be held responsible for their actions — not the person they victimized.

1. "Did You Do Anything That Could Have Been Misinterpreted?"

Many would like to think sexual assault is just a result of miscommunication, especially if the victim has some tie to the perpetrator and believe the perpetrator to be incapable of doing such a thing. But because only clear, enthusiastic, verbal consent counts as consent. It's the perpetrator's fault if they interpret anything other than "yes" as consent.

2. "Was There Alcohol Involved?"

This question is often a euphemism for "Did you make yourself more vulnerable to sexual assault by drinking?" But it would be ridiculous for everybody to abstain from alcohol just because some rapists use inebriation as an opportunity to rape. We don't criticize people who get into car accidents for driving even though driving is risky — especially not when someone else was entirely responsible for the accident.

This question can be used against bullying victims in two opposite ways: If they don't stand up for themselves, people might tell them they're giving the bully permission to continue; but if they do, they're told they're provoking further attacks by giving the bully what they want. No matter what, nobody asks to be bullied.

This is sometimes said to people with disabilities and illnesses by caregivers or loved ones who are frustrated with the demands of accommodating them. It's important to remember that illnesses and disabilities are not a choice, even if they seem like it to outsiders, and nobody is electing to make anyone's life harder.

This is frequently said to victims of intimate partner violence who weren't able to leave their abusers. In a recent interview with New York Magazine , author Susan Brownmiller said, "If they can’t get out because they don’t want to reduce their living circumstances, or they don’t want to go, or they are passive people, then I am supposed to respect that. But I don’t. My feeling is 'Get out.'" However, sometimes victims don't even know they're being abused because their abusers teach them it's normal. And sometimes getting out of an abusive relationship is riskier than staying in it because victims don't have a safe place to go.

6. "If You Didn't Want An STD, You Shouldn't Have Had Unsafe Sex"

STDs are often treated as karmic retribution for people, especially women, who have more sex than society dictates they should. The fact is, not all STDs are preventable, and you can have sex just once and get one. Plus, colds and other illnesses are preventable, but people don't shame others for getting diseases that aren't sexually transmitted. The condemnation of people with STDs is more about moralization of sexuality than concern for their health.

7. "You Need To Be More Assertive"

When we talk about workplace sexism, we're often fed the myth that women are their own worst enemies. If women would only "lean in" to their careers and demand equal respect, they would get it, the story goes. But it's really more complicated than that. Women who negotiate are penalized for it, according to a study in Organizational Behavior and Human Decision Processes. And a recent study from the Graduate Management Admission Council shows that even women in high job positions with advanced degrees make less than men. Structural change needs to happen before women can attain workplace equality.

8. "She Cares Too Much About Her Looks"

The women in our society who face the most condemnation from other women are often the ones who do exactly what society has taught them to do. Women are taught that their appearances are valued above all else, but when a woman values her own appearance, others can be quick to condemn her as vain, superficial, or anti-feminist. All the recent backlash against Kim Kardashian for posting a naked selfie is one example. A woman's concern with her appearance may actually stem from painful body image struggles, in which case criticizing her is victim-blaming. Or, she may just enjoy playing around with hair, makeup, or fashion, in which case it's just shaming.