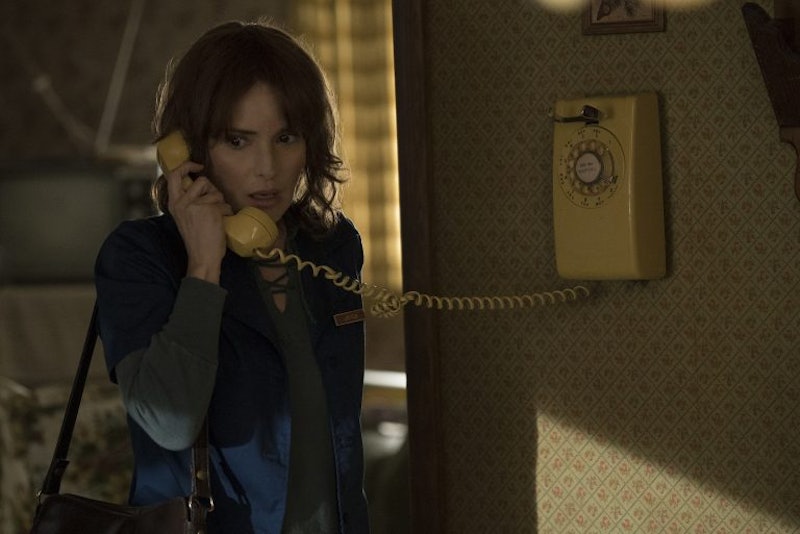 If you ever had any doubt that Netflix's newest sci-fi horror series, Stranger Things , would give you a series case of '80s nostalgia, the opening credits quickly put all those fears to rest. As if the blood red typeface wasn't enough to give off seriously sinister undertones, it's what the Stranger Things theme song brings to the table that will really kick your old school horror throwbacks into overdrive. Those familiar with John Carpenter's many works undoubtedly recognize the eerie melody, which sounds very similar to the the self-composed, home-recorded synth soundtracks that he used to create. It's clear Michael Stein and Kyle Dixon, the composers of the Stranger Things soundtrack, used Carpenter as a source of inspiration for their musical score and it fits perfectly with the narrative.

The series, which centers around the mysterious disappearance of a young boy under suspicious (and possibly supernatural) circumstances, is a major callback to the '80s horror genres that we've all come to love, so the opening song is a genius way to get viewers immediately into that frame of mind. The writers and creators aren't just hoping for you to be scared and on the edge of your seat — they're doing everything they can to guarantee it will happen.

Of course, synth soundtracks can be found in some of the entertainment industry's most well known franchises, such as Blade Runner, Apocalypse Now, Carpenter's Halloween, and A Clockwork Orange. The notes are both beautiful and creepy somehow at the same time, which is the perfect blend I think Stranger Things was looking for. It's also worth noting that the composers Stein and Dixon are members of an Austin synth band called SURVIVE, which makes them more than qualified to mirror Carpenter's eerie tracks.

Suffice to say, if you're a fan of horror and want to feel transported back to the classic '80s horror genre, this series manages to get you there right off the bat. But make no mistake: there may be several homages to different franchises throughout the season, but Stranger Things can still stand on its own and hold a modern audiences' attention, which perhaps may be the most surprising (and strange) thing about it.