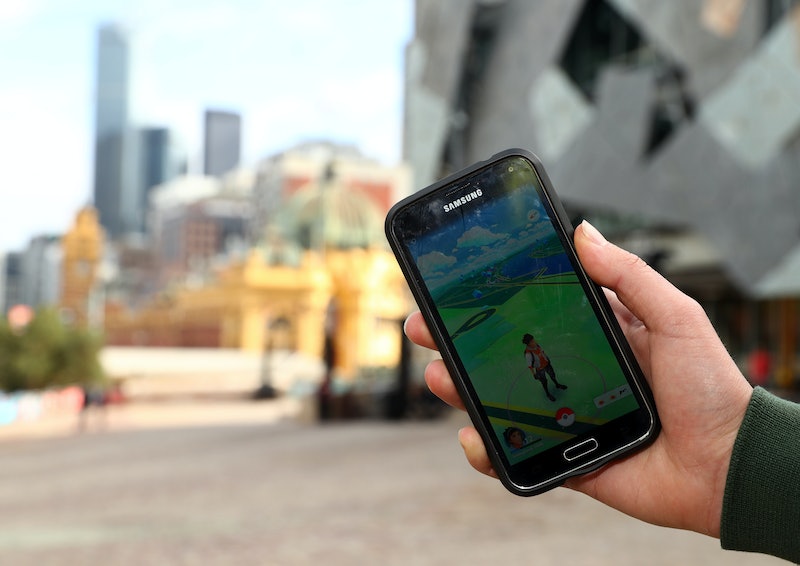 If you're the competitive type and you've spent the last few days the way the rest of the internet seemed to — that is, wandering around with your phone glued to your face, trying to catch 'em all — you've probably wondered when you can find the most Pokemon in "Pokemon Go." Not that you've made it your personal mission to collect twice as many Pokemon than your BFF or anything, because that would mean you've gotten invested. You're just curious about how to play the game more efficiently, right?

Whatever your reason, it's a valid question; as of Monday, players were spending an average of 33 minutes a day on "Pokemon Go." It might not sound like much on its own, but that's actually more time than users spent on the biggest of social media giants, Facebook. The game's incredible popularity is probably unsustainable in the long term, but that doesn't help you now, when you're trying to figure out the best way to squeeze in a Pokemon hunt between work and other not-so-fun obligations. If you have a hectic schedule and a burning desire to live out your childhood fantasy of becoming a Pokemon trainer, it makes sense to try to time your hunts to when you can catch the most Pokemon.

Of course, this brings up an important question: Are there certain times of day when you can catch more Pokemon? Unfortunately, the answer appears to be... not so much. It appears the best way to encounter more Pokemon is to simply play more. (Sorry.)

You can use lures and incense to draw more Pokemon to your location, but as Vox explains in their in-depth primer for the game, "To catch them all... you’re going to have to explore far and wide, during the day and night — like Ash Ketchum does in the TV show."

That being said, the time of day is an important part of "Pokemon Go" for two reasons. First, it influences what kind of Pokemon are likely to appear; fairy and nocturnal types like Gastly or Clefairy are more likely to come out if you're playing at night than during the day. So if you're looking to catch more of a specific type of Pokemon, the time of day is something to keep in mind.

The second reason is rather more devious: As Forbes discussed this week, you can use the time of day to your advantage when you're trying to take over a gym — specifically, between 2 and 3 a.m. Basically, you're more likely to successfully capture a location if you head out during a time when players aren't awake to defend their territory. Told you it was devious.

So, to recap: The best way to encounter more Pokemon is to play more and use items that attract them, but if you're looking to capture specific types or take over a gym, you might want to keep the time of day in mind. Good luck!